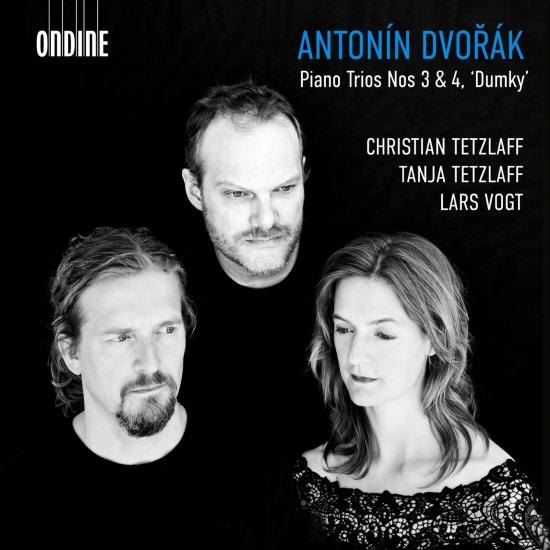 This fruitful collaboration by three eminent chamber musicians, Christian Tetzlaff, Tanja Tetzlaff and Lars Vogt, brings together two Piano Trios by the Czech master, Antonín Dvorák (1841–1904). During the last eight years, artists forming this unique trio have recorded eight albums of chamber music for Ondine with great acclaim, including some of the Romantic standard works. These two chamber music masterpieces by Antonín Dvorák express great emotional depth and dark passion.
The two piano trios by Dvorák featured in this album have remarkable similarities as well as differences. Piano Trio No. 3, nearly symphonic in its character, hints to the world of Johannes Brahms, while the Piano Trio No. 4 (‘Dumky’) includes folkloric elements. The third piano trio might not only be considered as an homage to Brahms; it was written by the composer in 1883 shortly after the death of his mother which might well explain the sorrowful musical expression in the slow movement of the work. The ‘Dumky’ trio has a very unusual structure in its six movements. This intense and intimate work was written just prior to the composer’s departure to New York in 1891 and serves as a great climax for Dvorák’s series of piano trios.
Christian Tetzlaff, violin
Tanja Tetzlaff, cello
Lars Vogt, piano 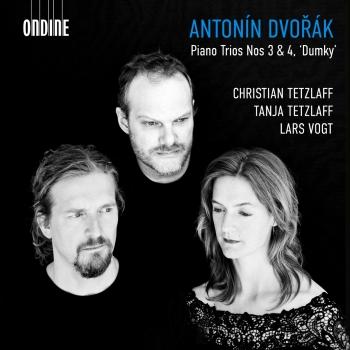 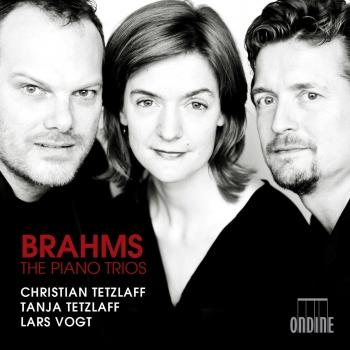 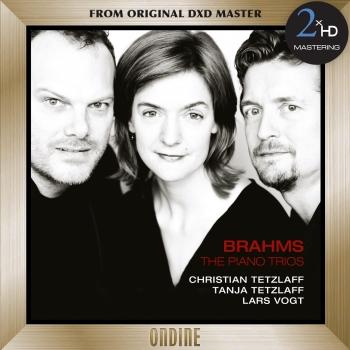 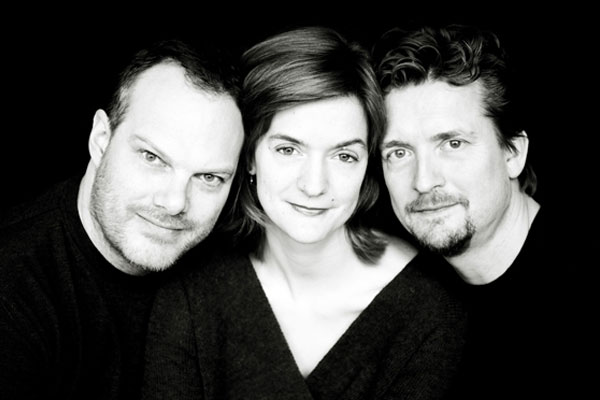