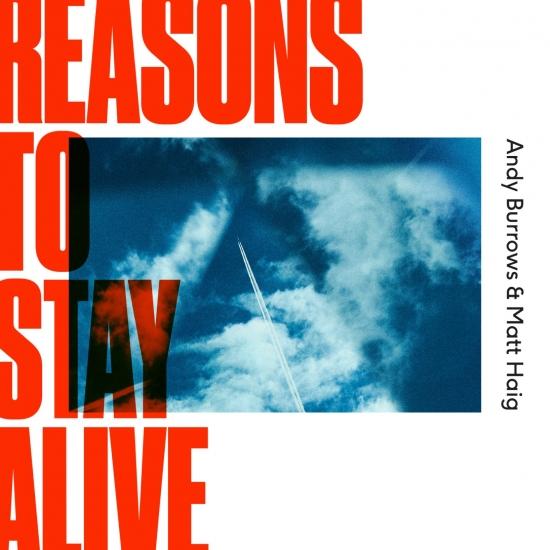 Info for Reasons To Stay Alive

Musician and songwriter Andy Burrows and number one, bestselling author Matt Haig have a forthcoming album collaboration, Reasons To Stay Alive. With Haig providing lyrics around which Burrows composed music, the duo, who struck up a friendship after “meeting” on Twitter, have spent the past year passing ideas back and forth to create a collection of songs loosely inspired by Haig’s much loved books, including Reasons To Stay Alive and How To Stop Time (recently optioned as a movie, due to star Benedict Cumberbatch).
Reasons To Stay Alive was recorded in a barn in Wittersham and produced by Tim Baxter (who previously worked with Andy on his albums Company, Funny Looking Angels and The Snowman and the Snowdog soundtrack), it also features a line-up of guest musicians including Muse’s Dom Howard and Editors’ Tom Smith.
Says Andy Burrows of the collaboration and forthcoming album, “Writing songs to Matt Haig’s words has been such an amazing, elating experience. He is such an incredible writer and I know I am very, very lucky to be working with him. Lyrics are the most difficult part, but this record feels like it comes straight from my heart… I just didn’t have to write the words! It’s not always easy to find that person you can connect with creatively.”
Says Matt Haig, “Working with Andy on these songs has been a dream. Andy is a musical genius and a great guy to collaborate with and it just felt right from the start, as though his music was the only possible match for the lyrics. The first songs emerged while Andy was in America and I was scribbling at home in Brighton. I am used to the long and lonely process of writing books so the thrill of being able to write some words, then send them to Andy eight thousand miles away and to hear them turn into an amazing song, sometimes within a few hours, was a kind of magic. The lyrics are deeply personal, like the book of Reasons To Stay Alive, but Andy’s music turns them into something big and universal. I can’t wait for people to hear these songs.”
Andy Burrows & Matt Haig 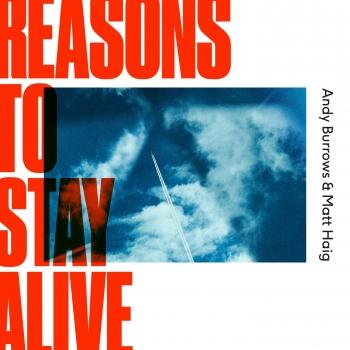 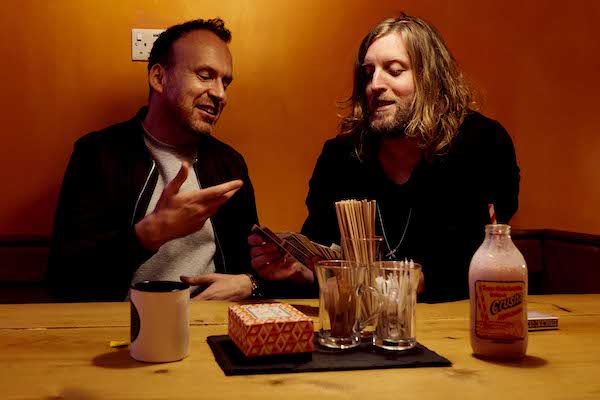 Andy Burrows
Since first coming to fame as drummer and songwriter for Razorlight, Andy Burrows has quietly become one of the most in demand people in rock’n’roll. Since leaving Razorlight after co-writing their biggest hit, America, he has made four successful solo records plus a collaborative album, Funny Looking Angels (2011) with Editors frontman, Tom Smith. He co-wrote the BAFTA nominated soundtrack to the 2012 Channel 4 film The Snowman and the Snowdog (with composer Ilan Eshkeri) and co-produced the soundtrack to the 2016 movie David Brent: Life on the Road (in which he also starred as the drummer in Brent’s band Foregone Conclusion). He has additionally contributed to records by We Are Scientists, Jamie Lawson and Tom Odell (co-writing tracks for his debut, its follow-up and the forthcoming third album).
Matt Haig
is the number one, bestselling author of Reasons to Stay Alive and six highly acclaimed novels for adults, including How to Stop Time, The Humans and The Radleys. He has also written books for children and has won the Blue Peter Book Award, the Smarties Book Prize and been shortlisted three times for the Carnegie Medal. He has sold more than a million books in the UK and his work has been translated into over forty languages. Haig’s newest book, “Notes On A Nervous Planet”, has just come out, topping the Sunday Times’ Hardback Chart since its release two weeks ago.