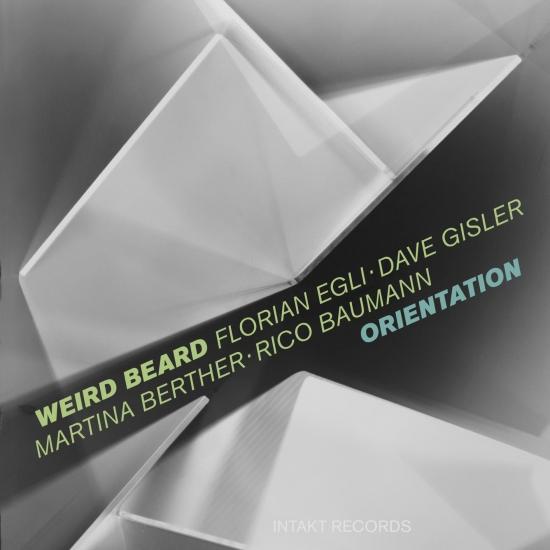 The quartet Weird Beard was founded by Zurich based saxophonist Florian Egli. Following the debut album 'Everything Moves' on Intakt Records, they release a second studio album, recorded again in the Blackbox Studio in Brittany by the out­standing sound engineer David Odlum. 'Orientation' is a sophisticated record on which Weird Beard increasingly focus their attention on the creation of moods and atmospheres.
Christoph Wagner writes in the liner notes: "Weird Beard forge creative sparks out of opposites. The band use contrast as a means to create dramaturgy, veering back and forth from soft to loud, from fast to slow, and from forceful to lyrical. Sometimes the music acquires a lightness and transparency, but then becomes progressively more dense. In other places it can morph into a dreamy wallowing elegy, before opening outinto a tub-thumping inferno. Perhaps “post-jazz” is the word which comes first to mind to describe it."
Florian Egli, saxophone, clarinet
Dave Gisler, guitar
Martina Berther, bass
Rico Baumann, drums 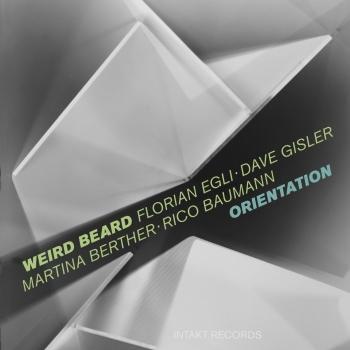 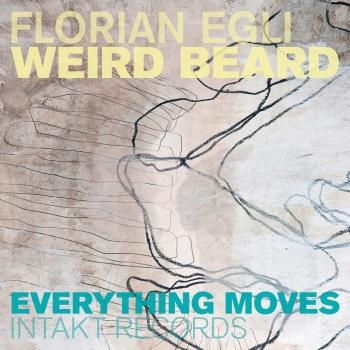