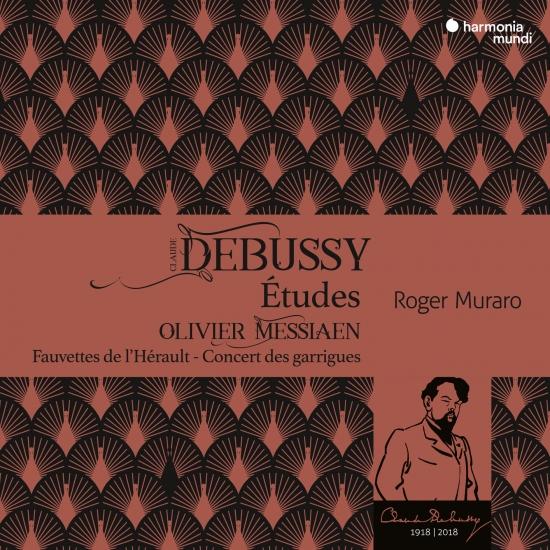 Marking one hundred years since the death of Claude Debussy, the harmonia mundi family of artists wished to pay homage to the acknowledged ‘father of modern music’.
For this final volume in our series of tributes to the composer, Roger Muraro presents the first recording of Fauvettes de l’Hérault (‘Warblers of the Hérault’), which he assembled from Olivier Messiaen’s planned concerto in honor of Debussy, left in sketch form.
As for the Debussy Études, which date from some 40 years earlier, the composer had dedicated them “to the memory of Frédéric Chopin.”
Roger Muraro, piano 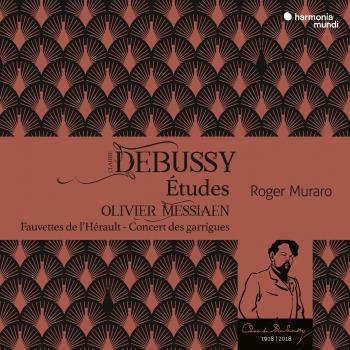 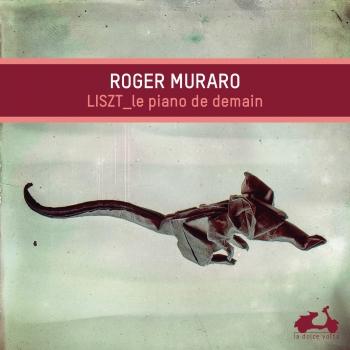 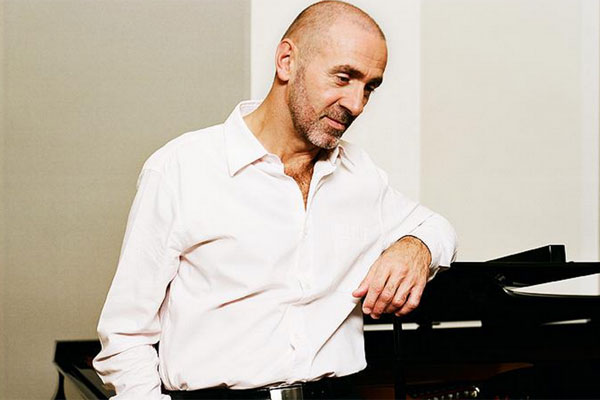 Roger Muraro
Born in Lyon in 1959 of Venitian parents, Roger Muraro began learning the saxophone in his home town before teaching himself to play scales on the piano. At the age of 19 he began studying with Yvonne Loriod at the Conservatoire de Paris and met Olivier Messiaen. He very quickly gained recognition as one of the major performers of Messiaen’s music and in 2001 he recorded under the Accord-Universal Music label his complete works for solo piano in a box set of 7 CDs which were unanimously acclaimed by critics. His performance without a break of Messiaen’s Vingt Regards sur l’Enfant Jésus (Twenty contemplations on the infant Jesus) or even the Catalogue d’oiseaux (Catalogue of Birds) is considered not only a real challenge, but also an intimate appropriation of Messiaen’s work with which he totally identifies.
Gifted with a dazzling technique – he won the International Tchaïkovsky Competition in Moscow and the International Liszt Competition in Parme - his playing is a constant quest for poetry and sincerity. At the same time dreamlike and lucid, imaginative and rigorous, his art applies as much to Moussorgsky, Ravel, Albeniz, Rachmaninov, and Debussy, as to Beethoven, Chopin, Liszt, and Schumann from whom he is able to draw out the emotion, the colours, the highly sensitive Romanticism and the tonal atmospheres. In February 2001, in Nantes, he received a Victoire de la Musique in the Instrumental Soloist category. During the 2002-2003 season he made his debuts at Carnegie Hall in New York with the Orchestre Philharmonique de Radio France conducted by Myung-Whun Chung and with the Orchestre de Paris under the direction of Yutaka Sado. In December 2003 he performed in Paris the complete works of Ravel for piano solo. He has given recitals in the most prestigious venues throughout the world with renowned conductors such as Daniel Barenboim, Sylvain Cambreling, Valery Gergiev, Marek Janowski, Zubin Mehta, Kent Nagano, Seiji Ozawa, Pinchas Steinberg, … and with the most prestigious orchestras (Berlin Philharmonic, Vienna Philharmonic, Leipzig Gewandhaus, London Philharmonic and Russian State Philharmonic, San Francisco Symphony Orchestra, Orchestre National de France, Munich Philharmonic, Residency Orchestra (The Hague)…). In 2005 he was invited by the Salzburg Festival to perform the Turangalîla-Symphonie and to play as soloist at the London Proms with the BBC National Orchestra of Wales. Eclectic, open to a music world without frontiers, Roger Muraro is top of the list of Universal/Accord’s prolific discography. His album « Regards sur le XXe siècle » was awarded the Choc du Monde de la Musique en 2008: it offers a broad selection of piano works of our time, calling upon Bartók, Boulez, Dutilleux, Ives, Jolas, Schoenberg, Tremblay and Messiaen in a tribute to Claude Helffer who did so much to promote contemporary music.
His recording, devoted to Liszt’s piano version of Berlioz’ Symphonie fantastique by Universal/DGG, became available in January 2011 and his CDs of Ravel’s two concertos with the Orchestre Philharmonique de Radio France conducted by Myung-Whun Chung were also released by Universal/DGG.
After teaching in Lyon, he now transmits his experience as pianist and teachere to students of the Conservatoire National Supérieur de Musique et de Danse de Paris who, like audiences all over the world, appreciate the generosity of his musical expression and the emotion which comes from his performances which are always marked by the seal of intelligence and senstivity. Indeed, Roger Muraro’s altruism brings with it a certain complementary spiritual enrichment, inherited from Yves Nat and Alfred Cortot, those Romantic masters of the keyboad with whom he shares an artistic affinity.