The Golden Violin (Music of the 20s) Daniel Röhn 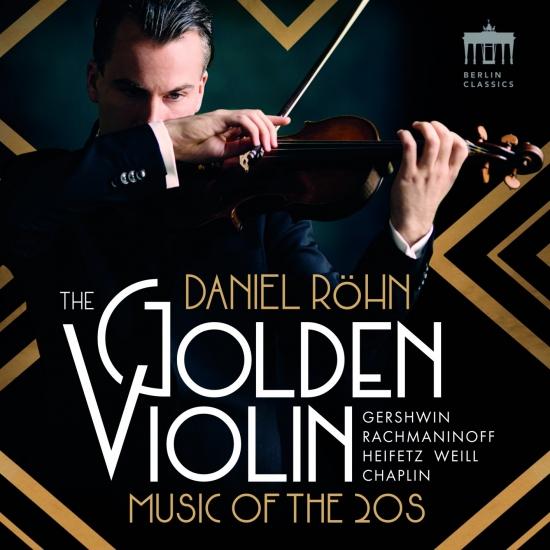 Info for The Golden Violin (Music of the 20s)

"The Golden Violin – Music of the 20s" is Daniel Röhn's tribute to one of the most prolific cultural eras of recent history. Daniel Röhn brings the jerky flickering images and the high spirited, extravagant hurly-burly to musical life with romantic sounds from Rachmaninoff through the evergreens of Kurt Weill to the jazzy echoes of Gershwin.
"That era was a positive melting pot of creativity and inventiveness," explains Röhn. Jazz was emerging. Silent movies were being replaced by the talkies. And while Walt Disney's Mickey Mouse was taking his first steps in 1928, the dream factories in Berlin and Hollywood were doing a roaring trade thanks to Fritz Lang and Charlie Chaplin. The violin virtuoso is focussing on a topic that has recently been in the public eye, not just as a result of popular TV productions. Röhn's personal role model, the patron of violinists Jascha Heifetz, is both the inspiration and the godfather of "The Golden Violin". At his New York debut in 1917 Heifetz provoked wildly enthusiastic cheering that would echo down five decades, especially in the Western world. Absolute perfection, paired with unique creative energy and an inimitable touch. "When I was six year old, I could just about (standing on a box on tip-toe) reach Vol. 1 of my father's Heifetz collection. And that volume contained the complete acoustic recordings of 1917-1924, full of straight-to-the-heart arrangements and popular melodies." It is precisely those melodious evergreens that he has now recorded with the Württemberg Chamber Orchestra under its American principal conductor Case Scaglione.
Röhn and the WKO are in perfect harmony on this recording. Most of the works were newly arranged especially for this formation. Among them are irresistibly catchy songs loved by generations of music lovers. They include Kurt Weill's "The Ballad of Mack the Knife" from the Threepenny Opera and the sentimental melody "The Land of Might-Have-Been", composed by the English songwriter and entertainer Ivor Novello, who was so popular in the 1920s and 1930s, a song that was revived for the soundtrack to the 2001 Robert Altman film, "Gosford Park". There is also film music from the era: Friedrich Hollaender's "Ich weiss nicht, zu wem ich gehöre", written in 1932 for the film "Storms of Passion" and sung by Marlene Dietrich. And then there are of course songs like "Flower Shop" – from the final scene in "City Lights" (1931), and the theme from "Limelight" (1952) by the man who is associated like no other with the early days of the cinema: Charlie Chaplin.
"The 'Roaring 20s' were undoubtedly a golden age of human inventive talent, a time bubbling with creative energy, yet situated in between two of the darkest and most destructive periods of recent history. The most colourful and beautiful flowers can often grow in earth that has been devastated and torched. Mankind remembers its noble character principally through art." (Daniel Röhn)
Daniel Röhn, violin
Württembergisches Kammerorchester Heilbronn
Case Scaglione, conductor 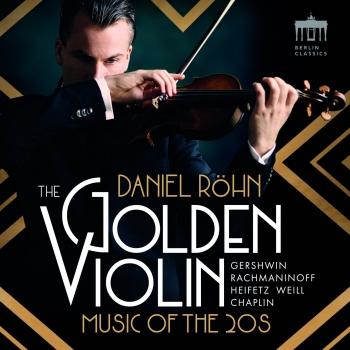 The Golden Violin (Music of the 20s) 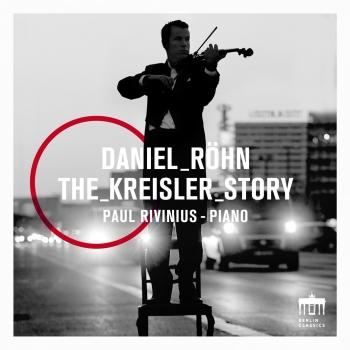