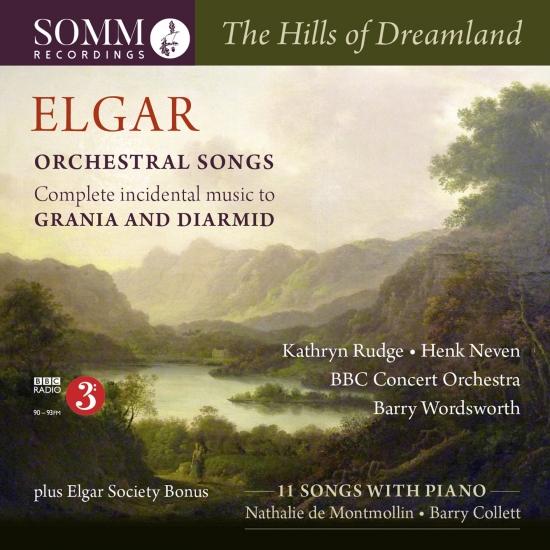 Somm Recordings is delighted to present a revelatory collection of orchestral songs by Sir Edward Elgar performed by two of today’s most exciting young singers – mezzo-soprano Kathryn Rudge and baritone Henk Neven – accompanied by the BBC Concert Orchestra conducted by Barry Wordsworth.
The Hills of Dreamland takes its title from a line in Elgar’s well-known setting, beautifully still and beseeching, of Arthur L Salmon’s Pleading.
Historically the least regarded part of Elgar’s output, his songs contain a treasure-trove of vocal gems and here receive performances of insight, imagination and emotional directness.
The Op.59 Song Cycle is an exemplary case in point, by turns quietly radiant, touchingly nostalgic and achingly melancholic. Two settings of poems by Elgar’s wife – the richly orchestrated The Wind at Dawn and celebratory The King’s Way (which borrows a tune from his Fourth Pomp and Circumstance March) – show Elgar at his most evocative and ebullient.
Sombre and powerful, The Pipes of Pan boasts colourful imagery and driving rhythmic energy, The River and The Torch wholly Elgarian in their wonderful sonorities.
A first recording of the orchestral version of the marching song Follow the Colours shows Elgar at his most patriotic.
The complete incidental music for a 1901 staging of WB Yeats’ Grania and Diarmid offers a rare opportunity to experience the full gamut of Elgar’s moving and dramatic evocation of a timeless tale of love in the ancient Irish myth.
A Bonus Disc of recordings made under the auspices of the Elgar Society showcases soprano Nathalie de Montmollin and pianist Barry Collett in a collection of piano-accompanied songs. It includes first recordings of the piano version of ‘Winter’ from The Mill Wheel (with its churning left-hand patterns and a text by the composer’s wife) and the world-weary tread of Muleteer’s Serenade, setting words from Cervantes’ Don Quixote.
Kathryn Rudge, mezzo-soprano
Henk Neven, baritone
BBC Concert Orchestra
Brighton Festival Chorus
Barry Wordsworth, conductor 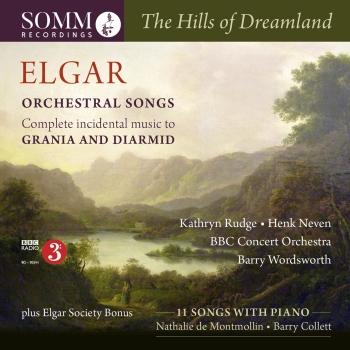 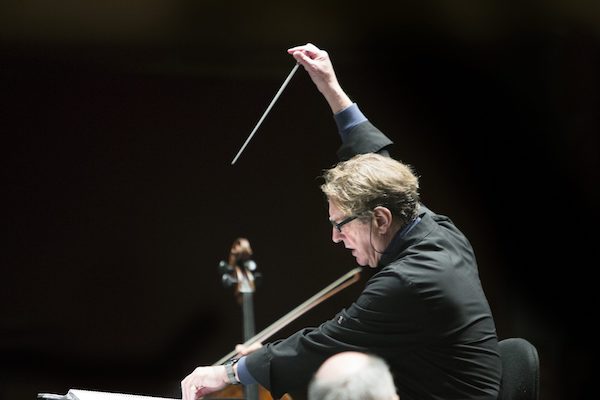 Barry Wordsworth
is Principal Guest Conductor of The Royal Ballet, having previously served as the company’s Music Director from 1990 to 1995 and from 2007 to 2015. He is also Conductor Laureate of the BBC Concert Orchestra, Conductor Laureate of the Brighton Philharmonic and Music Director Laureate of Birmingham Royal Ballet. He has appeared with many of the world’s leading orchestras both in the UK and overseas, including the Philharmonia Orchestra, London Symphony Orchestra, Royal Philharmonic Orchestra, the Ulster Orchestra, the Royal Concertgebouw Orchestra, Toronto Symphony, Sydney Symphony, New Zealand Symphony, Rotterdam Philharmonic, and the Seoul Philharmonic.
In a long and distinguished career with the BBC, he has made many appearances at the BBC Proms, and in 1993 he conducted the Last Night of the Proms with the BBC Symphony Orchestra. In his 17 years as Principal Conductor of the BBC Concert Orchestra, he toured extensively with the group, including to Japan and the United States, and the 2018/19 season will see them embark on a second tour to China together.
In addition to his concert career, he has for over 40 years enjoyed a close association with the Royal Ballet in London. He has toured widely with the company including, most recently, giving performances in New York with the New York City Ballet Orchestra, in Copenhagen with the Copenhagen Philharmonic, at the Aldeburgh Festival with the Britten Sinfonia and in Taipei with the Taiwan National Symphony Orchestra. His work with the company is also available on a number of DVDs including the world premiere production of Christopher Wheeldon’s Alice’s Adventures in Wonderland (Opus Arte). In recent seasons, he has also conducted productions for the New National Theatre Tokyo, The Australian Ballet, Leipzig Ballet, Christopher Wheeldon’s company Morphoses, the ballet of the Opéra National de Paris, Birmingham Royal Ballet, and Sarasota Ballet.
Barry Wordsworth has an extensive catalogue of recordings, his most recent releases including Elgar’s music for chorus and orchestra with the BBC Concert Orchestra, and discs of Tchaikovsky and Elgar with the Royal Philharmonic Orchestra. A recording entitled “Last Night of the Proms” with the BBC Concert Orchestra for Phillips Classics has achieved enormous popular success, as have his albums with Bryn Terfel and the London Symphony Orchestra for Deutsche Grammophon, the first of which won a Grammy Award.
Barry Wordsworth holds honorary doctorates from the University of Brighton and the University of Central England in Birmingham, and is an Honorary Fellow of Trinity College of Music in London.
BBC Concert Orchestra
The mission of the BBC Concert Orchestra is to bring inspiring musical experiences to everyone, everywhere, with the ensemble’s great versatility as the key.
The orchestra can be heard regularly on BBC Radio 2’s Friday Night Is Music Night, and for BBC Radio 3 it searches out the unusual and quirky, profiling classical masterpieces in an entertaining way. For TV, the orchestra has performed on the soundtracks of The Hunt, The Paradise and Jonathan Strange & Mr Norrell, among others, and on the big screen it can be heard in the film The Lady in the Van.
This year our BBC Proms performances at the Royal Albert Hall included a celebration of John Williams’s extraordinary achievements to mark his 85th birthday and a centenary tribute to Ella Fitzgerald and Dizzy Gillespie. We also featured in the party that is Proms in the Park, featuring a host of musical stars in the Last Night of the Proms open-air concert.
As an Associate Orchestra at the Southbank Centre, the BBC Concert Orchestra’s highlights this season include a dramatic evening of music from the Film Noir greats, the musical revue Sondheim on Sondheim, an evening of glitz, glamour and charm celebrating the 100th birthday of Alan J Lerner and we return to the Queen Elizabeth Hall performing music by David Bedford.
Along with its regular engagements throughout the UK, the BBC Concert Orchestra has toured internationally to China, Japan, Sweden, Abu Dhabi and coast to coast in the USA.
The BBC Concert Orchestra has produced ‘Singing for the Brain’ sessions with the Alzheimer’s Society and last year brought BBC Music’s Ten Pieces initiative to secondary school children in Birmingham and Bristol. It also performed at the second BBC Music Awards and appeared as the ‘impossible orchestra’ alongside 27 star performers in the film and CD release of God Only Knows.