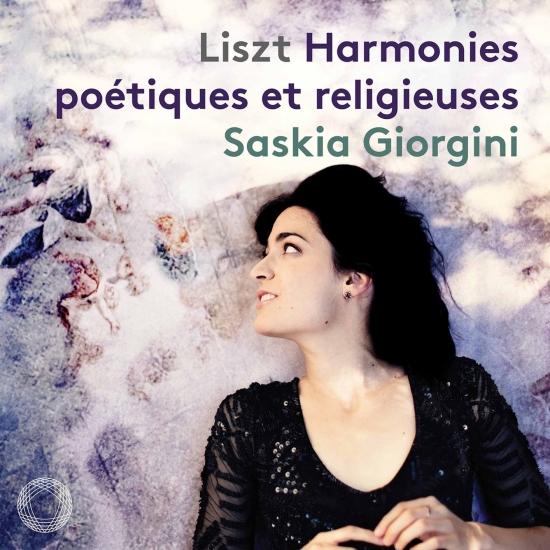 After two song albums together with Ian Bostridge, pianist Saskia Giorgini returns to PENTATONE with a solo recording of Franz Liszt’s Harmonies poétiques et religieuses. Liszt is often seen as a showman, but much of his music reveals his introspective, searching nature. This is demonstrated above all in Harmonies poétiques et religieuses, one of his most ambitious, contemplative and enigmatic compositions, inspired by Lamartine’s eponymous poetry, Liszt’s Roman Catholic faith as well as the 1848-1849 revolutions. To Giorgini, “this music is deeply humane and sincere, tender, but also full of the most sorrowful, violent, painful moments that Liszt ever put into music.” Its ten movements constitute a quest for the deeper meaning of human existence, clothed in music of ravishing beauty. Saskia Giorgini is one of the most promising pianists of her generation, who has won several competitions and is hailed for her technical command and the beauty and poetry of her sound. Her PENTATONE discography features well-received recordings of Schubert’s Die schöne Müllerin (2020) and Respighi Songs (2021), together with Ian Bostridge.
Saskia Giorgini, piano 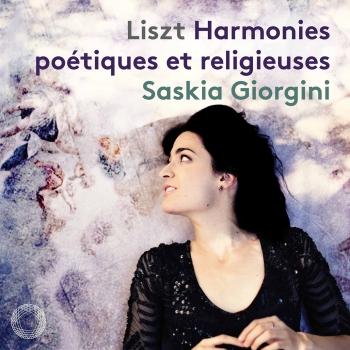 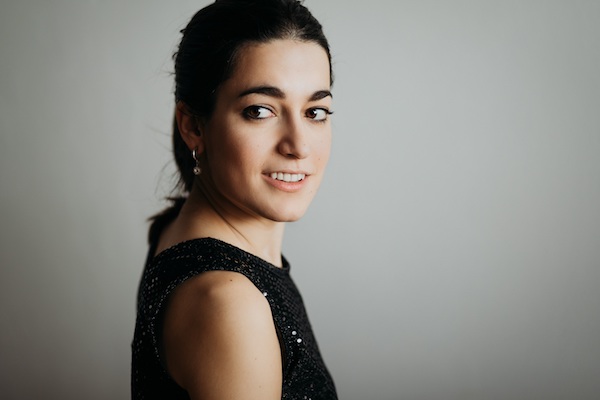 Saskia Giorgini
Winner of the International Mozart Competition in Salzburg in 2016, where she also got the special prize for the best interpretation of the commissioned work, Saskia Giorgini is considered one of the most interesting pianists of the young generation. She is praised for her “unerring technique, a beautiful and moving sound, a phrasing full of fantasy and a pure musicality” (Salvatore Accardo).
Saskia Giorgini has appeared in acclaimed recitals and live radio recordings in important halls and Festivals, amongst which Lingotto–Hall in Turin, Teatro La Fenice in Venice, Concerti del Quirinale in Rome, Tivoli Vredenburg in Utrecht, Eindhoven Muziekgebouw, Utrecht Kamermuziek Festival, Großer Saal Stiftung Mozarteum in Salzburg, MiTo Settembre Musica Festival, Unione Musicale, Holland International Music Sessions , Vancouver Summer Festival, Warsaw’s Filharmonia Narodowa, International Piano Stars Festival in Lettland, International Piano Festival in Wuhan in China… She participated in the renowned Lockenhaus Festival Summer Academy, under the artistic direction of Gidon Kremer. For her 2013 New York début in 2013 she performed Rachmaninov’s Piano Concerto n.1, with the NYCA Orchestra. She has played together with important orchestras, such as Lodz Philarmonic Orchestra in Poland, CBC Radio Orchestra in Canada, Symphonieorchester Vorarlberg, Liepaja Symphony Orchestra in Latvia, Wuhan Philharmonic Orchestra, L’Orchestra Archi De Sono, l’Orchestra Giovanile Italiana, under the baton of conductors as Mario Bernardi, Gérard Korsten, Tadeusz Wojciechowski, Antonello Manacorda, Andrea Battistoni, Massimiliano Caldi.
Saskia was a finalist in the International Piano Competition Ferruccio Busoni 2015, where she received the award for the best interpretation of a work by Frédéric Chopin. In the Prix d‘AmadèO in Aachen 2012 she won the second prize as well as the Mozart Prize and the Audience Award.
A special affinity for chamber music brings her regularly together with renowned partners: Ian Bostridge, Janine Jansen, Gilles Apap, Mario Brunello, Thomas Demenga, Friedemann Eichhorn, Dora Schwarzberg and many others.
Saskia Giorgini received her first piano lessons at the age of four. At fifteen she was admitted to the piano academy “Incontri col Maestro” in Imola, where she studied with Franco Scala, Riccardo Risaliti, Leonid Margarius and Michel Dalberto. At the same time she graduated from the Conservatorio di Torino with Claudio Voghera, with the highest grades and honours. She then completed her studies at the Accademia di Musica di Pinerolo with Enrico Pace and at the Mozarteum Salzburg with Pavel Gililov (Postgraduate).