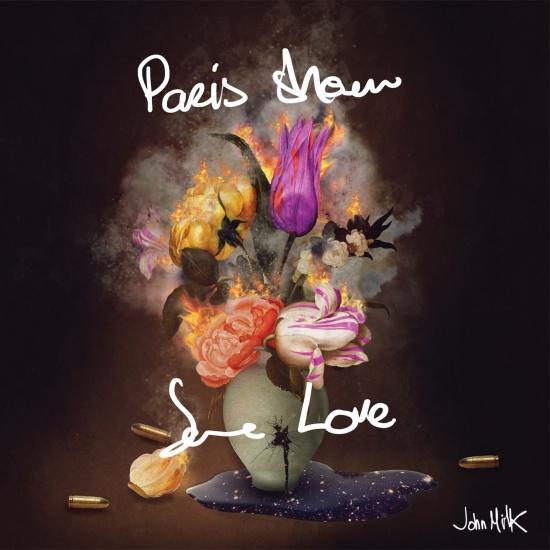 Info for Paris Show Some Love

After being compared with Mayer Hawthorne on his first world acclaimed* classic soul album, Treat Me Right, John Milk is back with Paris Show Some Love a piece of modern and engaged R&B.
Synthesis between JayDilla and Prince,John Milk delivers a genuine and solid recording based on real to real tape machines and electronic sounds.Previously working as artistic director of his own record label (Ka Records) and collaborating as a singer with Mr President and Blundetto (Heavenly Sweetness, Favortie Recording) John Milk is now on a new vibe, merging all kind of recording processes, live recordings on reel to reel 8 tracks Tascam, introduicing beatmaking and hip-hop culture with numerous machines, samplers and keys … a musical patchwork which has been open to all kinds of experimentations.
Songs where composed on top of instrumentals. The creative process is about delivering the right energy once the music transmits the appropriate atmosphere.
All songs are focus on having catchy hooks as much as conscious lyrics.Paris Show Some love is a message album. Creating music in the city of love during one of the most violent year for a longtime…this contradiction has been the fuel to his creativity. The song « Paris Show Some Love » is specialy dedicated to the tragic night of november 13th 2015.John Milk offers a personnal reflexion on our capacity to find our way and moves beyond the lines and create.
Inspired by the US Hip-Hop and Soul scene like TDE, MELLOWMUSIC, STONETHROW, The Internet, Anderson Paak or Childish Cambino, John Milk proposes an ambitious album, developing his own style out of all restricted musical codes and musical families. Without any doubts, Paris Show Some Love is a rare album on the French and European soul scene.