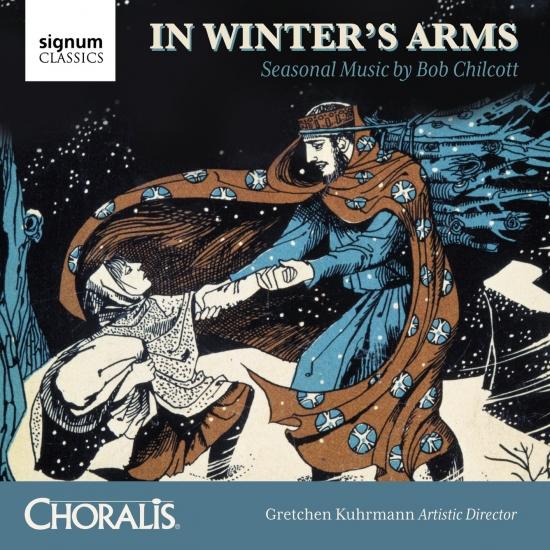 Info for In Winter's Arms: Seasonal Music by Bob Chilcott

There’s something about choral music written by a chorister. It’s usually performer-friendly, and often listener-friendly as well. That doesn’t necessarily mean it’s overly simple or cliched. It just means the music is well-suited to the strengths of the ensemble.
That was my impression of “In Winter’s Arms.” British composer Bob Chilcott has enjoyed an amazing career, spanning decades. He was in the Choir of King’s College, Cambridge, both as a boy and as a university student. He spent 12 years with the King’s Singers. As a composer, Chilcott mostly sticks to choral music. But it’s a field he knows intimately.
There’s a lot of the English choral tradition in these work. They also passing stylistic resemblance to works of John Rutter (who comes from a similar background). But make no mistake. Chilcott is a composer with his own voice and is often more progressive than Rutter.
Wenceslas is a major choral work based on the legend of St. Wenceslas. It often references the famous carol obliquely, building a beautiful edifice out of a slender foundation. Particularly striking is the movement “Thank you.” Its, simple heartfelt melody and understated orchestration is just gorgeous.
My Perfect Stranger presents a more oblique look at the Christmas story. Chilcott’s setting for choir and harp uses extended harmonies and shifting rhythms. The work has an ethereal and slightly mysterious aura that serves Keven Crossly-Holland’s text well.
Also included is Chilcott’s joyous Gloria for choir, brass, tympani, and organ. Now, this is a work I’d like to hear more often in Christmas services!
Choiralis, directed by Gretchen Kuhrmann perform feeling and precision. Chilcott knows how to write for choirs, and Choiralis knows how to get everything out of the music. If you like John Rutter, you should enjoy this release. If you’re not, it’s still worth a listen. Chilcott brings new perspectives to age-old holiday traditions.
Choralis
Gretchen Kuhrmann, director 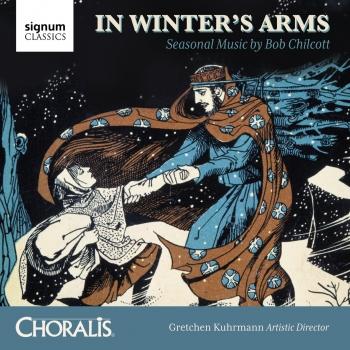 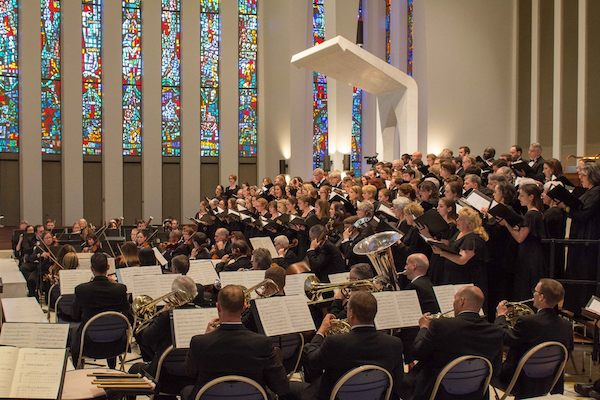 The Choralis Foundation
founded by Artistic Director Gretchen Kuhrmann in 2000, is dedicated to nurturing a passion for choral music in the greater Washington metropolitan area through offering excellence in choral performance and providing educational outreach. Choralis provides opportunities for area singers to participate in, and audiences to enjoy, professional-level concerts and musical experiences. The ensemble is already one of the fastest-growing choral groups in the greater Washington, DC area and has quickly built a loyal following with its high-quality sound and style.
The Choralis Foundation is comprised of: Choralis - an auditioned, 100-person mixed-voice chorus with a paid professional core. Lauded by The Washington Post as “fully professional in the power of its singing...the variety of its emotional flavors,” the ensemble has performed such choral masterworks as the Brahms Requiem, Orff's Carmina Burana, Stravinsky's Symphony of Psalms, Walton's Belshazzar's Feast, Haydn's Creation, Verdi's Requiem, and Mendelssohn's Elijah. In 2004, Choralis performed the Washington-area premiere of John Rutter's 'Mass of the Children.' In 2015, following a year of collaboration with renowned British composer Bob Chilcott as Composer-in-Residence, Choralis performed the world-premiere of his 'Gloria.'