Variations on a Theme by Scarlatti Matan Porat 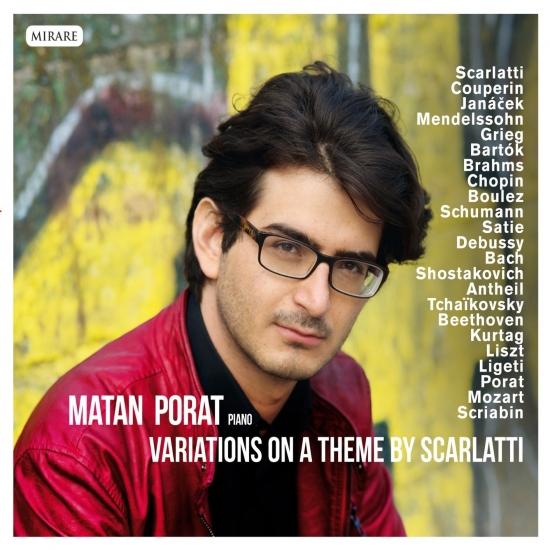 Info for Variations on a Theme by Scarlatti

The 'Variations on a theme by Scarlatti' is a journey built around Scarlatti’s Sonata in d minor K32. Marked “Aria”, this short sonata has a distinct ascending (and descending) half tone lamenting motif that captures the listener’s ear even upon first hearing. The 24 pieces which follow it use that motif in very different ways, creating a fascinating array of connections to the Scarlatti sonata and to the previous piece in the program.
Within those 24 different “variations” five main sections can be defined - the first introductory section, from the Scarlatti theme up to the Chopin Mazurka, a second slow section that can be seen as a slow movement (starting with Schumann up to Debussy), a Scherzo section (starting with Bach and finishing with Mozart’s Gigue), a large section, formed by a longer piece (Liszt's Vallee d'Obermann), followed by the last, mystic section starting with Ligeti. In between those sections three Boulez Notations are played, which, although not always directly connected to the Scarlatti theme, help to introduce the next piece and set the mood. The journey concludes in a short improvisation that leads back to the theme.
“Adventures in juxtaposition carry this young composer and pianist on a roller-coaster across the centuries. Porat's playing is cool-tempered, intelligent and sophisticated.” (BBC Music Magazine)
“there’s an arc to this recital which makes it more satisfying than the sum of its parts. Maybe it’s the humungous intensity of the last ten minutes but when Porat plays Scarlatti’s sonata again at the very end you’ll feel a fascinating catharsis.” (MusicWeb International)
Matan Porat, piano 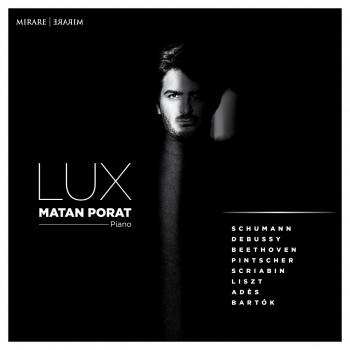 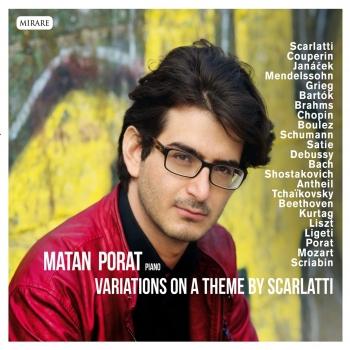 Variations on a Theme by Scarlatti 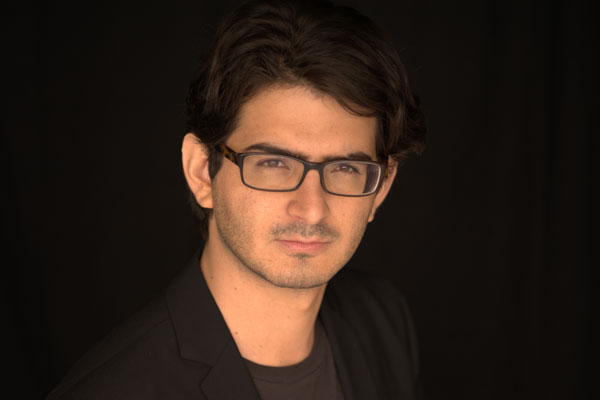 Matan Porat’s
artistic activity encompasses a wide spectrum of work as a pianist and composer.
His varied concert programme includes J.S. Bach’s Six Partitas, ten Mozart concerti as well as Ives' monumental second sonata, "Concord." His debut CD, “Variations on a theme by Scarlatti” - a 65-minute program of pieces from Couperin to Boulez which relate to Scarlatti’s Sonata K. 32 - was recorded last year for the Mirare label.
Porat has performed at such venues as Carnegie Hall in New York, Auditorium du Louvre in Paris, the Barbican and Wigmore hall in London, and the Alte Oper in Frankfurt. He has appeared as a soloist with orchestras including the Chicago Symphony Orchestra, Münchener Kammerorchester, Hong Kong Sinfonietta, Jerusalem Symphony Orchestra, Israel Symphony Orchestra and Israel Chamber Orchestra.
An avid chamber musician, Matan Porat has participated in many distinguished festivals including the Marlboro, Ravinia, Verbier, Salzburg and Delft Festivals. Other chamber appearances include performances with the Ysaÿe, Modigliani and Jerusalem Quartets, Renaud and Gautier Capuçon, Sharon Kam, Kim Kashkashian, Emmanuel Pahud, Dorothea Röschmann, Alisa Weilerstein and members of the Guarneri Quartet. Porat has toured with Peter Brook’s production of Mozart’s Magic Flute, in a experimental version for piano solo and seven singers.
Matan Porat studied with Emanuel Krasovsky, Maria João Pires and Murray Perahia. He obtained his Master’s degree from the Juilliard School. Winner of the 2009 Prime Minister Award for composers, Porat studied composition with Ruben Seroussi and George Benjamin.
Porat’s works have been commissioned by Maria João Pires, Kim Kashkashian, Elena Bashkirova and the Jerusalem International Chamber Music Festival, as well as the Academy of the Deutsches Symphonie-Orchester Berlin with premieres at the Montpellier, Schleswig-Holstein and Menuhin Gstaad Festivals. David Orlowsky’s CD, featuring Porat’s “Lux Aeterna,” won the ECHO award in 2011; Porat’s piece „Whaam!“, recorded by David Greilsammer for Sony, was released in 2012. Among his performed pieces are an opera, “Animal Farm”; a Requiem; a mandolin concerto; and a musical theatre trilogy for an actor and ensemble based on stories by Kafka, Orwell and Thomas Mann.
Highlights of Matan Porat's 2013/14 season include recital debuts at the Philharmonie in Berlin and Salle Gaveau in Paris, as well as appearances at the Rheingau Musikfestival, Musiktage Hitzacker and La Folle Journée in France and Japan. Premieres of his works will be given by such artists as Nicolas Altstaedt, Linus Roth, José Gallardo and the Academy of the Deutsches Symphonie-Orchester Berlin.

Booklet for Variations on a Theme by Scarlatti