The Violin’s Delight - A Garden of Pleasure Plamena Nikitassova 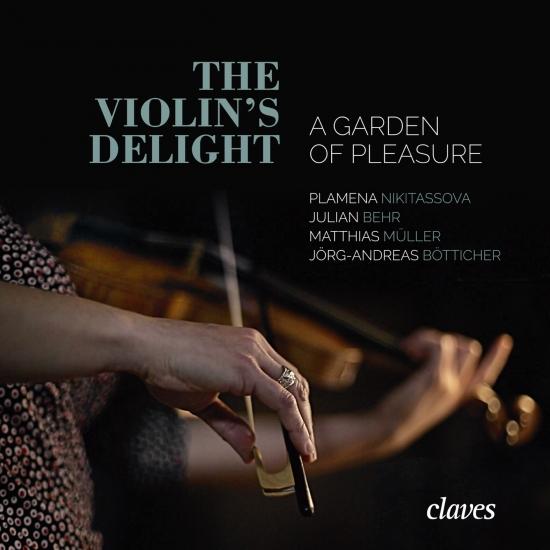 Info for The Violin’s Delight - A Garden of Pleasure

“… Wohl-gepflanzter Violinischer Lust-Garten” (Well-Planted Violin Pleasure Garden) – such was the title employed by Johann Jacob Walther for a second printing of the sonata-like preludes for solo violin and basso continuo originally issued back in 1688. Published in Mainz in 1694, the re-edition reaffirmed his reputation as a virtuoso master violinist with a further compositional calling card. Contrary to what a Baroque “garden” might suggest, as exemplified by the volume’s frontispiece with its perfectly straight axes and neatly fenced-in vegetation, the German violin music of the 17th century is anything but predictable and orderly. The sonatas and dance movements of our recording instead reveal a pleasure in unfettered thinking and experimentation requiring full command of the compositional and technical craft while also unleashing fantastical fabulations of the hands and the mind.
Splendidly appointed courts, such as those found in Vienna, Salzburg and Dresden, cultivated a noble art of intellectually refined entertainment, which included imitative programme pieces along with musical “bizarrities” of the sort that was especially cherished by Olomouc Prince-Bishop Karl Liechtenstein-Castelcorn, situated in the Moravian town of Kromeriz, and which he specifically requested in letters to his resident composers. The spectrum of means mobilised to this end ranged from feigned polyphony on the melodic instrument of violin achieved through double stops and the deliberate mistuning of strings to create unusual resonances (scordatura) up to experimental incursions on the boundaries of Baroque harmonics, with some pieces generating ear-provoking sound effects that would typically be ascribed to 20th century modernism. Not rooted in any desire to please, this sphere combined occult harmonic speculation with bold wit and unbridled virtuosity, evincing the instrumental style’s growing emancipation from the vocal movement framework and demonstrating how artistic skill could provide a rare opportunity for social advancement within a rigid class-based society – as astonishingly attained in the personal biographies of figures like Biber, Schmelzer, Walther and Kerll.
Plamena Nikitassova, violin
Julian Behr, theorbo
Matthias Muller, violin
Jörg-Andreas Bötticher, harpsichord 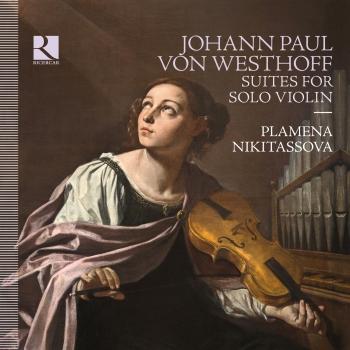 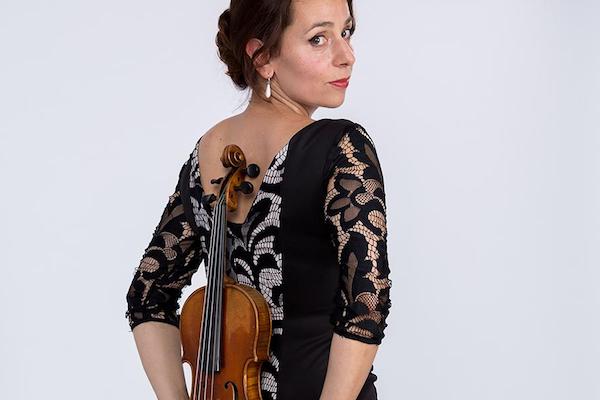 Plamena Nikitassova
was born in Varna (Bulgaria). At sixteen years old, she won a music scholarship that she spent in Switzerland. She then studied classical violin with M. Karafilova Piguet at the music high school of Geneva and with Prof. M. Frischenschlager at the music high school of Vienna. She obtained her teaching and soloist diploma in 1999 in Geneva, with distinction, and then played in concerts within the romantic repertoire. She performed as a soloist and chamber musician at festivals in Leipzig, Berlin, Brussels, Amsterdam, Innsbruck and Paris.
In 1999, she was honoured with the coveted „Leenhards Foundation“ award in Lausanne.
After meeting the organist Michael Radulescu (Vienna) and the viollinist Jaap Schröder (Amsterdam), Nikitassova turned to old music and started studies in renaissance and baroque violin with Chiara Banchini at the Schola Cantorum Basiliensis, which she completed in 2005. Since then, concerts and recordings have been leading her to the scenes and podiums of the largest metropoles in Europe.
As a duo partner, she performs concerts with the organist and harpsichordist Jörg-Andreas Bötticher and the French harpsichordist and pianist Aline Zylberajch. Her CD recordings, with “Violin sonatas by C. Zuccari”, Panclassics 2012 (Diapason d’Or Découverte), “Violin sonatas by Gaspard Fritz 1747”, Panclassics 2014, as well as “Violin sonatas by L. v. Beethoven, M. Ravel, C. Debussy”, Gallus Media 2014, were highly praised by the public and the press.
Recently, “The Violin’s Delight – a garden of pleasure” was published, the most recent CD of the violinist, with a virtuoso violin repertoire from the 17th century, which reflects her particular interest in the – nowadays too little practised – historical way of playing the violin (the so-called “low hold” of the instrument, which rests on the chest). Many new facets of the sound and expression palette are thus enabled, expressly supported and emphasised by the “thumb under” grip of the bow (thumb on the bow hair surface).
As concert master, Plamena Nikitassova played from 2013 to 2017 with the orchestra of the “J.S. Bach Foundation”, St. Gallen under the direction of R. Lutz, with whom she recorded over fifty cantatas by J.S. Bach. As of 2018, she will also be directing various ensembles in France and Germany, amongst others the Freiburger Barockorchester.
Nikitassova relates to Eastern European folk music, which can express joy of life as well as melancholy, with passion, due to the connection with her own roots. She is also committed to the chamber music of the 20th century, which also belongs to the violinist’s repertoire focuses, alongside the works of the old classic and romantic styles.
She plays on a violin of original scale by Sebastian Klotz (Mittenwald approx.1730) and one in a modern state by Pierre Dalphin (Geneva 1992).