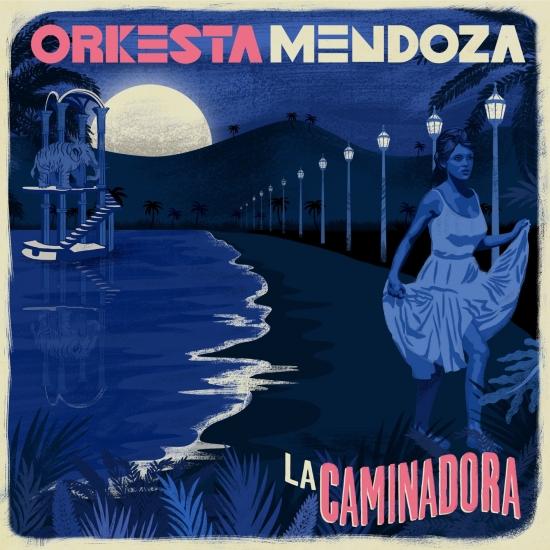 Sergio Mendoza is a true border crosser – born in Nogales, Sonora, but later raised the other side of the Mexico-U.S. divide in Nogales, Arizona... his musical upbringing traversed similar paths.
But it was only upon later arriving further north in Tucson and through his playing, writing and producing with the band Calexico that he came to realise the true potential and positivity of this apparent culture clash.
Having already explored the world of uniquely inventive re-interpretations alongwith Mexican Institute of Sound’s Camilo Lara as the arrangers behind Mexrissey, Sergio returns to the form here on a selection of tunes from the past, variously of Mexican, Cuban, Peruvian, North American …. and North Aegean origin - ranging from the surf-punk twang of “Tanger” (originally composed for just voice and piano), to what Sergio describes as “one of the most beautiful melodies ever written” – “Luna De Miel”, whilst also exploring the poppier end of the spectrum, even veering towards kitsch, on “Sombras” and finishing off with the classic “Tusk” – given a Fleetwood Mex makeover.
Sergio Mendoza, vocals, guitar, keyboards
Salvador Duran, lead vocals, stomp box
Sean Rogers, upright bass, vocals
Marco Rosano, trombone, clarinet, accordion, keyboards
Raul Marques, trumpet, guitar, vocals
Jaime Peters, drums, programming 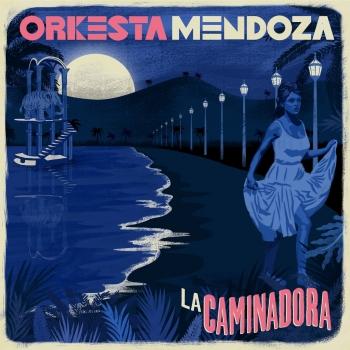 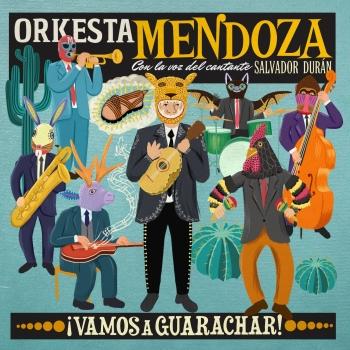 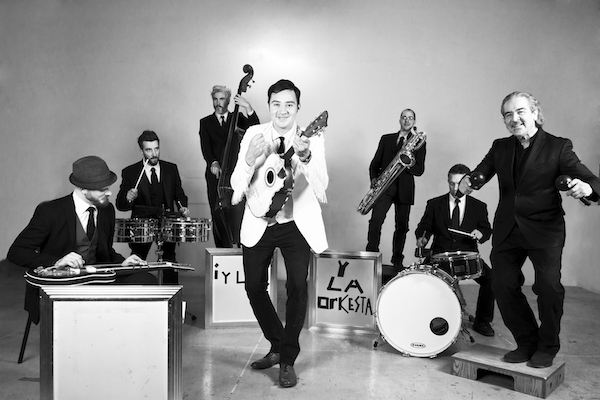 Orkesta Mendoza
Something is stirring in downtown Tucson. That’s no great surprise perhaps: Calexico have been sending out missives from the desert for 20 years now, Giant Sand for even longer than that, and the Green on Red revival is surely overdue. These three giants of American popular music ask questions of the form, chiefly because of where they are situated. Let us remind ourselves that this isn’t a big city in the American sense (it’s the country’s 33rd largest), but that its hinterland is indeed as big as it gets. For an hour south, Mexico starts. And this is where things get interesting.
Born in Nogales, Arizona, raised in Nogales, Sonora, multi-instrumentalist and band-leader Sergio Mendoza grew up listening to the Mexican regional styles jostling for headspace in a young, music-mad mind – cumbia mainly, but mambo, rancheras and mariachi too. The border is always a fierce arena of exchange, both commercial and cultural, and so there was American music too. At one point ‘rock and roll, the classics’, as Mendoza himself deadpans, seemed to win out and he stopped playing those ‘Latin styles’ for a good decade and a half.
The return to those sounds was a strong one in 2012’s Mambo Mexicano, co-produced by Mendoza and Joey Burns of Calexico – a band for which Mendoza has become an increasingly integral touring and recording member. While that record had a studied air, tentative in parts (as befits the renewal of an old love affair), ¡Vamos A Guarachar! is another beast entirely: by turns raucous (‘Cumbia Volcadora’, featuring Mexican electronic pioneer Camilo Lara), tender (‘Misterio’, surely Salvador Duran’s finest moment with the band so far) and plain serious fun, as in ‘Contra La Marea’ and ‘Mapache’, it also bears a robust electronic edge, a keen pop sensibility and all the hallmarks of Mendoza’s love of 60s rock, with the closing track, ‘Shadows of the Mind’, sure to be included if anyone decides to update the Nuggets collection for the 21st century. This is roundabout way of saying that it appears to have everything, but never too much of anything. Focused, fierce and beautifully executed by a superbly drilled set of musicians, it is a record that fully matches the band’s explosive live performances. Nogales, Sonora, Nogales, Arizona: this is what the border looks like here – for now. To talk about borders and the diasporas they create, is to be pitched headlong into our era’s most urgent debate, marked by Trump’s lurid obscenities and the lines being hastily reinstated across Europe. Orkesta Mendoza’s contribution to that debate is to show us what the border sounds like and what masterpieces can be achieved by honest cultural exchange. What we decide to do with that information is up to us. With this record, however, we’ll have an awful lot of fun deciding.
You could, of course, take the trip to Tucson yourself, to the home of this essential set of field recordings. The scene hangs out together, so … if the stars align and their frantic tour schedules permit, you might see any number of folks from Calexico, Giant Sand or up-and-coming cumbia rockers Xixa deep in conversation somewhere in town with a quiet young man in black. That’s Sergio. Right now, in this endless game of Tucson tag, Orkesta Mendoza are IT.