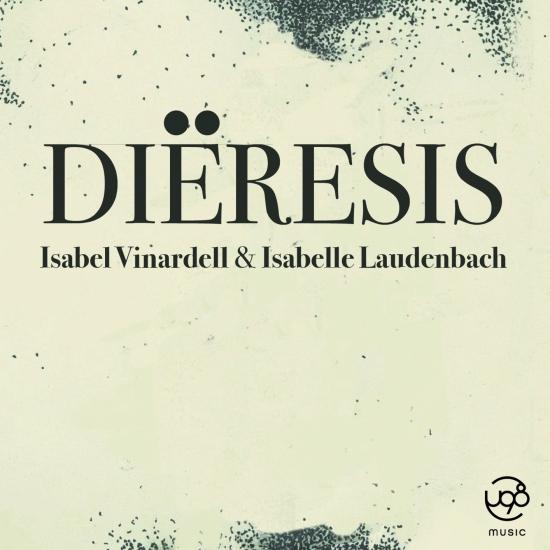 Isabel Vinardell, vocals and dance, and Isabelle Laudenbach, guitar and backing vocals, after their experiences with other bands of the Barcelona music scene (Cheb Balowski and Las Migas), are now heading towards this shared path. With a first album, A Solas (Chesapik, 2016), which they presented on national and international tour for 4 years, the duo presents their new record, Diëresis (U98 Music, 2021).
Diëresis is the sign that serves to give voice to the silent vowel in almost every language in the world. A revulsive that awakens, that shouts, that uncovers tonic forces and that activates the body towards a more connected version of ourselves. Two tiny dots that have the power to change the sound of the lyrics, and with it, the world.
Diëresis is the new album by Isabel Vinardell and Isabelle Laudenbach. A choral musical reflection on expression, which addresses the journey we make towards showing ourselves closer and closer to our essence.
Isabel Vinardell and Isabelle Laudenbach build an intimate repertoire from their own experience and the poetic proposals of some of the most prominent authors of the current scene as Mireia Calafell, Héctor Arnau, Laura Tomàs or Dorothée Volut, who lent themselves to write an unpublished text that could collect their freest expression. Diëresis is also a tribute to one of the great liberators of the word, Paco Ibáñez.
The voice and dance of Isabel Vinardell and the sounds of the guitar and the chorus of Isabelle Laudenbach will place us at a starting point to access this intimate knowledge that points directly to the soul and the body.
The project "Diëresis" has received support for the creation of popular music and support for the publication of records from the Sgae Foundation.
Isabel Vinardell, vocals
Isabelle Laudenbach, classical guitar 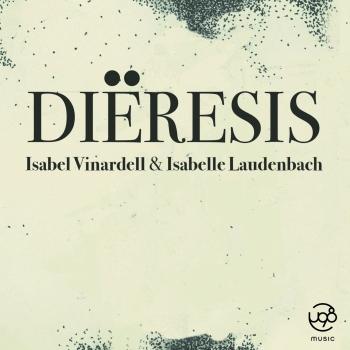 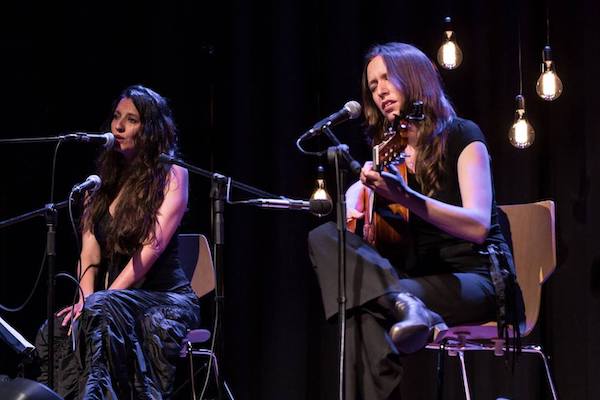 Isabelle Laudenbach
The musical world of this French guitarist is extensive. She is passionate about flamenco and settled in Barcelona in 2002 to train at the ESMUC-School of Music of Catalonia, being the first graduate in flamenco guitar. In addition to flamenco, her curiosity leads her to be interested in many styles, from Brazilian music, to pop, to South American folklore, French song or classical music. Her language, both in arrangements and composition, is naturally nourished by these influences, always open to new sounds and techniques.
She is a founding member of the group Las Migas (from 2003 to 2013) with which she has recorded two albums and given hundreds of concerts throughout Spain and abroad. Since 2017, she has been part of the project LaboratoriA (experimental flamenco) with Cristina López, Aina Núñez and Ana Brenes, with which she has presented the show "Una mujer fue la causa" (2018) and is currently on tour presenting the company's second stage proposal, "Y perdí mi centro" (2020). She is a regular accompanist of the Catalan singer María Rodés. He is used to move in interdisciplinary projects (theater, circus, dance, poetry, soundtracks, ...) In January 2019 he accompanies live the silent film "Carmen" (Jacques Feyder, 1926) and "Arabesque for Kenneth Anger" (Marie Menken, 1961) at the Filmoteca de Catalunya within the cycle "El ojo partido" organized by Pedro G. Romero in collaboration with El Dorado Sociedad Flamenca Barcelonesa and the Filmoteca. Composes and performs the BSO of "A comme Azur" (2020) by Chiara Malta.
Isabel Vinardell
This restless dancer and singer has been professionally dedicated to the world of music and dance since 2001, performing in Japan, Algeria, Jordan, Finland, France, Belgium, Holland, Italy, Germany... with different groups of the music scene.
Her desire to travel and see the world led her to get involved in the first musical project in which she worked: Cheb Balowski, with whom she recorded three albums and toured nationally and internationally. One of her musical projects, "Alkut", was selected by Rubén Blades in the Rubén Blades Show (SHDB). She has collaborated in albums of different artists: Calima, Morosito...As a dancer she has participated in the videoclips of Ojos de Brujo, DjVadim... and was selected by Cirque du Soleil in the 2012 audition. She has choreographed and participated in different shows: "Tácata" (2009) (co-directed together with Marcel Pie) was presented at the Flamenco Festival of Ciutat Vella in Barcelona (tapes). He also participated in the show "Volver2" (Morioka, Japan). He has choreographed several water shows (fountains) such as Les Fonts Bessones de Plaça Catalunya, (The Twin Fountains of Plaça Catalunya), Yeni Hayat (Azerbaijan), Socchi (Russia).