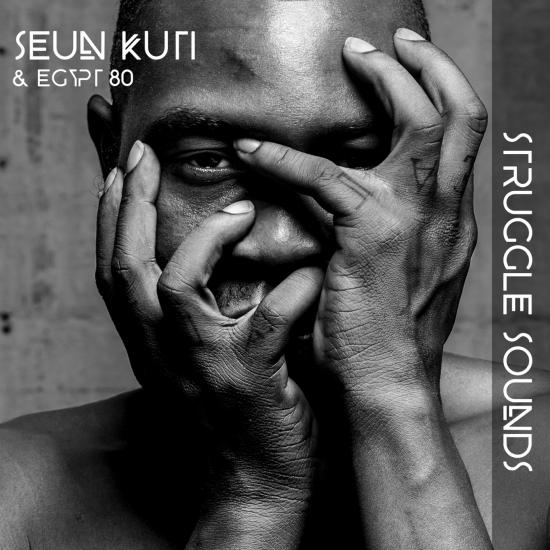 Seun Kuti is back. “Struggle music, struggle sounds” are the opening words on ”Struggle Sounds,” one of three tracks on a new EP from Seun Kuti and Egypt 80, also entitled Struggle Sounds. It straight away lays bare the raw sentiment embodied in all that follows. The Afrobeat groove originally perfected by his father, Fela Kuti, has never sounded tougher, performed here by Fela’s band Egypt 80 with a very clear production from Robert Glasper. It is the perfect backdrop for Seun’s socio-political songs, lyrically more manifesto than protest. The second cut, “Gimme My Vote Back (C.P.C.D),” talking about the abuse of the democratic vote by the powers that be, has a message that transcends the borders of Nigeria, well known for its byzantine politics and networks of unseen influence. It’s no surprise Afrobeat was born there, nor that it would be popular in America, formed as it was from the musical conjoining of the two continents. It takes a firm leadership and distinctive vision to manifest the latent power of Afrobeat. Seun shares that ability with his late father and is an equally fierce and vociferous proponent of the rights of his people.
Like his brother Femi, Seun takes the approach of updating Afrobeat somewhat, especially in tempo. The first two tracks are in a much faster tempo than most of Fela’s output, reflecting I suspect current tastes worldwide. Except for the final stanza, “African Dreams” is taken at a slower, more brooding pace akin to much of Fela’s output and very effective it is. In “African Dreams,” he laments the propensity of the youth to mimic values and trends from Western culture at the expense of local tradition and values–perhaps ironically, given the founding nature of Afrobeat itself. But Afrobeat was created purposefully to protest the corruption of colonization.
The three tracks of Struggle Sounds total a generous 25 minutes of powerful and committed music that demonstrates Seun Kuti, far from running out of steam, is gaining strength with each release.
Seun Kuti, saxophone, vocals
Egypt 80 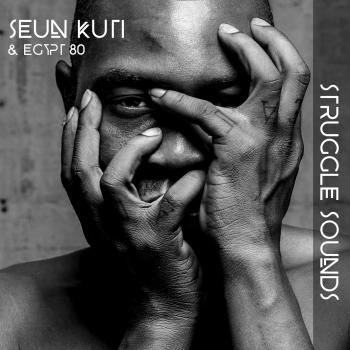 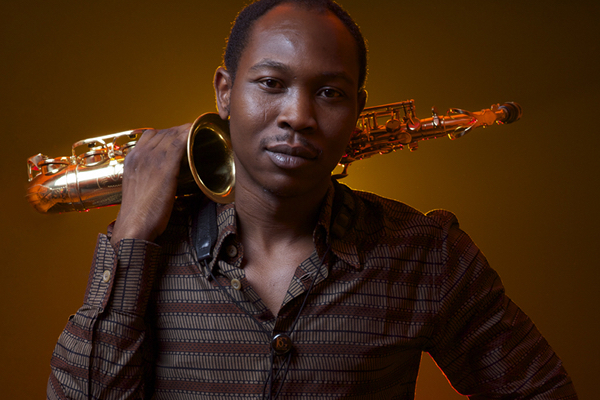 Seun Kuti
is the youngest son of legendary Afrobeat pioneer Fela Kuti. At the age of nine, Seun expressed the wish to sing to his father. A short while later Seun started performing with his father and the band, until his father’s untimely death in 1997. Seun, then only 14 years old, assumed the role as lead singer of Egypt 80. Ever since, Seun has followed the political and social ethos of his father. Along the way, he began to add his own twist to the music, digging deep into various African traditions to reflect the continent's struggles and cultures. About three quarters of the current Egypt 80 line-up consists of musicians that not only played with Fela Kuti, but often were arrested and harassed alongside the founder of the Afrobeat movement. Seun Kuti has toured the world and released many albums.