To The Extreme (Remastered) Vanilla Ice 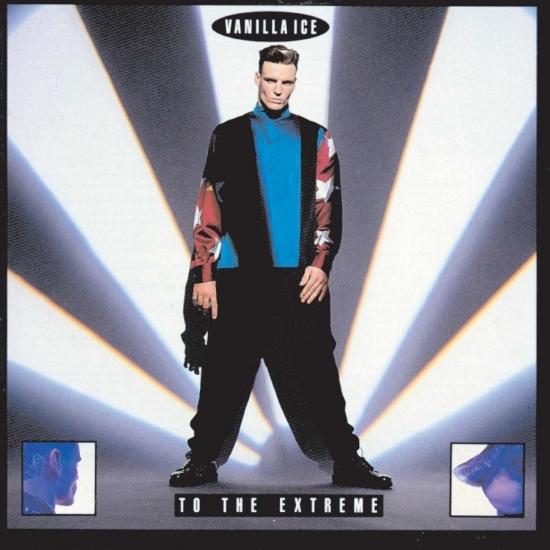 Info for To The Extreme (Remastered)

To the Extreme is the major label debut studio album of American rapper Vanilla Ice. The album contains Vanilla Ice's most successful singles, "Ice Ice Baby" and a cover of "Play That Funky Music".
"An enormous hit in its time, with sales of over seven million copies, To the Extreme proved that a white rapper could be made into a mainstream pop idol. It also proved that traditional pop-idol marketing tactics wouldn't work for very long on rap audiences. Ice's undoing wasn't so much his actual music as it was his fabricated credibility -- his wholly imaginary street-gang background, his ridiculous claims that "Ice Ice Baby" was not built on an obvious sample of Queen and David Bowie's "Under Pressure." It's hard to listen to To the Extreme now and believe a word he's saying; the posturing just doesn't ring true at all. The odd thing is, not all of the record is as awful as it's cracked up to be. Ice's mic technique is actually stronger and more nimble than MC Hammer's, and he really tries earnestly to show off the skills he does have. Unfortunately, even if he can keep a mid-tempo pace, his flow is rhythmically stiff, and his voice has an odd timbre; plus, he never seems sure of the proper accent to adopt. He's able to overcome those flaws somewhat in isolated moments, but they become all too apparent over the course of an entire album. Outside of "Ice Ice Baby" and the not-as-good "Play That Funky Music" ("steppin' so hard like a German Nazi"???), there are some decent dance tracks and a few forgettable mediocrities. There are also a few inexcusable low points: the poorly rapped sexcapade "Life Is a Fantasy," the awkward reggae toasting of "Rosta Man" [sic], and "I Love You," a lyrically simplistic, overemoted ballad that makes LL Cool J's "I Need Love" sound like "Straight Outta Compton." Overall, To the Extreme might technically be better than Please Hammer Don't Hurt 'Em, but its hubris isn't quite as much fun." (Steve Huey, AMG)
Digitally remastered 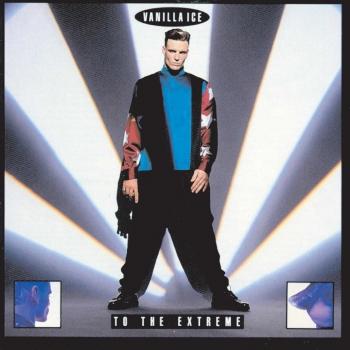 To The Extreme (Remastered)