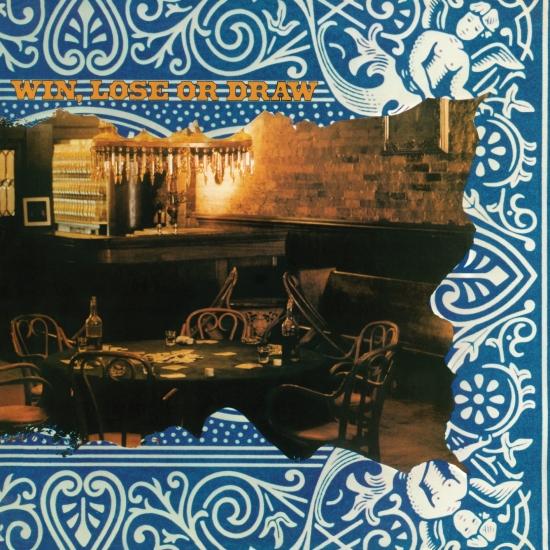 Win, Lose or Draw is the fifth studio album by American rock band the Allman Brothers Band. Produced by Johnny Sandlin and the band themselves, the album was released in August 1975.
While not exactly on par with such classics as 1969's The Allman Brothers Band or 1970's „Idlewild South“, the Allman Brothers' 1975 release, „Win, Lose Or Draw“, at least demonstrated that the band was still together, despite a two-year layoff between albums.
Unquestionably the record's highlight is the album-opening cover of Muddy Water's "Can't Lose What You Never Had," but other cuts such as the instrumental "High Falls," the title track and "Nevertheless" also prove to be standouts. Longtime fans could sense trouble brewing behind the scenes, and their instincts proved right--the Allmans would take a three-year sabbatical after one more album, the live „Wipe The Window.
The album has been remastered from original analog tapes by Keven Reeves to 96kHz 24-bit audio and then cut on copper plates using Abbey Road Mastering’s Direct Metal Mastering (DMM) lathe. The original artwork has been faithfully reproduced as well.
"Win, Lose or Draw continues in the tradition established by the ABB from their first record — funky originals and ballads spiced with classic blues and spacey, jazz-tinged instrumental work. Rather than self-consciously trying to break new musical ground here, the band just adds more and better tunes in the veins they mine so well." (Rolling Stone)
Gregg Allman, lead vocals, organ, clavinet, acoustic guitar
Dickey Betts, lead guitar, slide guitar, lead vocals, acoustic guitar
Jaimoe, drums, percussion
Chuck Leavell, piano, electric piano, Moog synthesizer, clavinet, background vocals
Butch Trucks, drums, congas, percussion, tympani
Lamar Williams, electric bass
Johnny Sandlin, acoustic guitar, drums, percussion Bill Stewart, drums
Recorded February and July 1975at Capricorn Sound Studios, Macon, Georgia and The Record Plant, Los Angeles, California
Engineered by Johnny Sandlin; Sam Whiteside
Digitally remastered
Please Note: we do not offer the 192 kHz version of this album, because there is no audible difference to the 96 kHz version!

Play All Night: Live at The Beacon Theatre 1992

Allman Brothers Band They formed in 1969, but the road veterans continue to tour like they have something to prove. And they're already legends, with a secure place in history and a plaque at the Rock & Roll Hall of Fame. But THE ALLMAN BROTHERS BAND is also a vital contemporary phenomenon, as much a part of the present and future of music as any band can be.
In early 2003, the group released the critically lauded Hittin' The Note, their first new studio project in nine years (and 24th overall). Released March 18, 2003 on their own Peach label (via a new deal with Sanctuary), these 11 tracks prove the band's ability to adapt its classic sound to the energy and aesthetics of modern rock. The ALLMAN BROTHERS BAND underlined the success of Hittin’ The Note (including two Grammy nominations for the track “Instrumental Illness”) with a live DVD and CD recorded in New York during the group’s annual marathon of shows at the Beacon Theatre (which they have packed over 140 times, including 14 sell-outs in 2006). The group also continues to release music from their personal archives, which they’ve guarded closely over the years.
The Allman Brothers Band at the Beacon Theatre…just hearing the phrase conjures up images and sounds of well executed and passionately played live rock and roll. To capture the event for fans who might not necessarily have been lucky enough to get into the 2894-seat venue, the group recorded the shows, and released the Live At The2 Beacon Theatre DVD in late ’03, and it was quickly certified gold. One Way Out, a live album from the same Beacon stand, came out in March 2004.
2003 also brought further accolades for the ALLMANS. The band was recognized by Rolling Stone for featuring four of the top 100 guitarists of all time: the late Duane Allman was cited as #2, while current guitarists Warren Haynes and Derek Trucks came in at #23 and #81, respectively. Known as one of rock’s best live acts, the ALLMAN BROTHERS BAND were one of only two artists whose live albums ranked in the top 50 of Rolling Stone’s list of the “500 Greatest Albums of All Time.” The ALLMAN BROTHERS BAND was honored for At Fillmore East (while James Brown was saluted for Live At The Apollo). An expanded version of At Fillmore East and the previously unavailable Atlanta International Pop Festival (the July 1970 concert that they both opened and closed) were released to critical and fan acclaim. The group was selected as the first artist to introduce the “Instant Live” program, whereby fans were able to purchase CD copies of the ALLMAN BROTHERS BAND concert they just saw, immediately after the show.
Not many groups have been around as long as The Allman Brothers Band. Of those that have, most have either lapsed into a nostalgia-act coma or withered on a weary vine. If you're talking about a band that has both legs and heart, whose experience feeds an intensity that's rare even among the greenest music newbies, that narrows the field pretty much down to these psychedelic sons of the South. But passion doesn't come easily, which helps explain why it's taken them so long to record once again. In April 1997, frustrated by tensions within the group that were threatening to slow its creative momentum, Warren Haynes and bassist Allen Woody left to pursue Gov’t Mule (with whom he still tours and releases new music), and the focus of the group shifted exclusively to live performance. Though they still delivered killer shows, something was missing, and eventually it became clear that the only way to get it back was to make a change in the personnel. Visit: www.allmanbrothersband.com