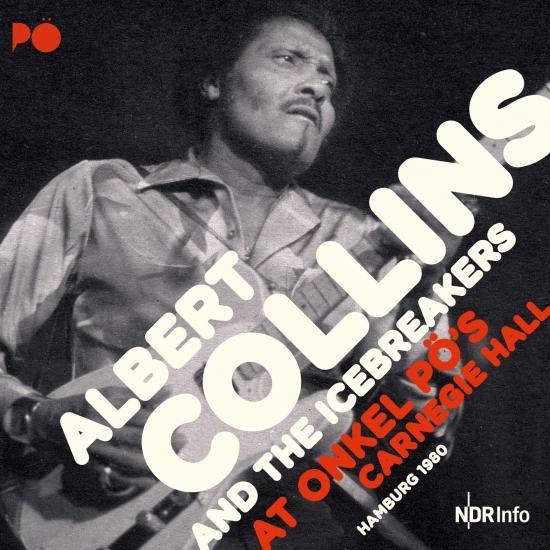 "... Already the music made by the young Collins, born 1932 in Leona/Texas, was praised to be especially 'cool'; and of course, when he performed on the tiny stage of Onkel Pö's Carnegie Hall on Eppendorfer Lehmweg in Hamburg, he was joined by his band called The Icebreakers. Naturally, on this winter evening no cold barrier needed to be overcome, certainly not in the overcrowded Pö, where most probably (as so often) tropical temperatures will have prevailed. . . . His name adorned the star line-up at the Montreux Jazz Festival and at the Paleo-Festival in Nyon, just around the corner on Lake Geneva. It was also in Nyon that his terminal illness first broke out. The recording from Onkel Pö really covers the entire concert; including the 20-minutes long opening of the Icebreakers, led by saxophonist A.C. Reed and percussionist Casey Jones (both of them also sing) -- only as of 'Listen here' is Albert Collins master of the house, scat-singing and playing the guitar in parallel runs. At the very end he performs his popular circus act, the instrument "talking' with two different voices... The first part of the concert ends after about one hour and the second part starts again with four intro-pieces, especially to feature saxophonist A.C. Reed and again featuring, as at the very beginning of the evening, classics such as 'Stand By Me', before Mister Collins himself takes over once more (with 'Mustang Sally'). By the way, always at the moment of the first sounds from Collins, unexpected shifts of harmony occur -- maybe the master on the 'Telecaster' has tuned it 'open' with the capo tasto again: this was one of his trademarks at the onset of his career. A very independent and original blues-master can be experienced once more on this recording. The exceptionally atmospheric Onkel Pö with its passionate Hamburg audience turns the encounter, even after three decades, into a true event -- into \'showtime'..." (Michael Laages)
Albert Collins, guitar, vocals
Jackson Marvin, guitar
A.C. Reed, tenor saxophone, vocals
Johnny B. Gayden, bass
Casey Jones, drums, vocals
Recorded December 1st, 1980 at Onkel Pö's Carnegie Hall, Hamburg, Germany
Produced by Michael Naura
Digitally remastered 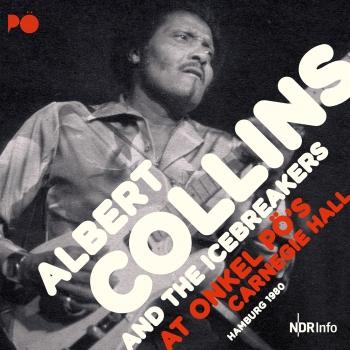 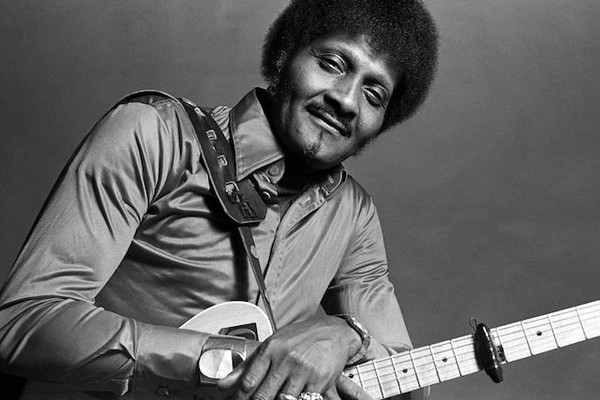 Albert Collins
There has never been and may never be again a bluesman quite like Albert Collins. "The Master Of The Telecaster" was born on October 1, 1932, in Leona, Texas. A cousin of the legendary Lightnin' Hopkins, Collins emerged with a blues sound and style all his own, featuring a combination of icy echo, shattering, ringing, sustained high notes, an ultra-percussive right-hand attack, and an unheard-of minor key guitar tuning (taught to him by his cousin Willow Young). Deeply influenced by T-Bone Walker, John Lee Hooker and Gatemouth Brown, Collins absorbed the sounds of Mississippi, Chicago, and especially Texas. He formed his own band in 1952, packing clubs around Houston. In the early 1960s, Collins' "cool sound" instrumentals like the million-seller Frosty (recorded with a young Johnny Winter and Janis Joplin in attendance at the studio) and follow-ups Sno Cone and Thaw Out were all over R&B radio. Soon he was sharing stages with his idols Gatemouth Brown and T-Bone Walker.
Then, in the mid-'60s (following a move from Texas to Kansas City to California), Collins broke into the rock 'n' roll world, releasing three albums produced by members of Canned Heat, and began playing the San Francisco psychedelic circuit. But Albert's greatest success came after he signed with Alligator in 1978 and cut Ice Pickin'. It won the Best Blues Album of the Year Award from the Montreux Jazz Festival, and was nominated for a Grammy. His following Alligator albums helped earn Collins every award the blues world had to offer. And, along with Johnny Copeland and Robert Cray (who decided on a career as a bluesman after seeing Collins play his high school prom) Collins cut the Grammy-winning Showdown!.
Even after he was firmly established as a major modern bluesman, Collins never got too big for his fans and friends, and never took things easy. And he never relinquished the wheel of his battered tour bus that he loved to drive so much. Along with his band, The Icebreakers, Collins' live shows -- driven by his kinetic stage presence -- were legendary testaments to the power of the blues. With his untimely death in 1993, Albert Collins left behind a blues legacy that continues to amaze and delight blues fans all over the world.