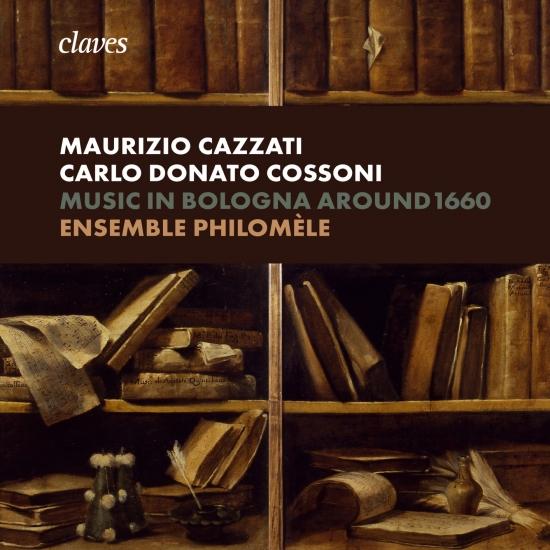 The programme offers a fascinating journey through the sacred and the secular, delving into the lives of two major figures of the musical milieu in Bologna in the mid-17th century: Maurizio Cazzati (1616- 1678) and Carlo Donato Cossoni (1623-1700).
For both of these “foreigners”, moving to Bologna had a huge influence on their artistic careers.
Born in Luzzara, in the duchy of Mantua, Maurizio Cazzati (1616-1678) obtained the post of maestro di cappella for the San Petronio Basilica in Bologna in 1657. Before he was appointed, the composer had been maestro di cappella for the San Andrea Basilica in Mantua from 1641 until 1648. After this first job, he was appointed as musical director of the Acca­demia della Morte in Ferrara and in 1653, he moved to Bergamo as maestro di cappella of San Maria Maggiore. His endless travels did not prevent him from composing and publishing a variety of musi­cal works. Between 1641 and 1657 Cazzati published 18 collections of his own music and throughout his lifetime publishing his artistic activity was of great importance to him. [..]
This collection of music, the only secular work to be found amongst Cossoni’s abundance of sacred compositions, demonstrates the great freedom of musical experimentation at that time - where vari­ous forms are blended together: short recitatives are followed by parts that might resemble some­thing between a ricercar of earlier times and the later fugues, or simple melodies with ritornellos and other symphonies.
The boundary between sacred and secular or even popular music styles is often blurred.
A natural affinity with this musical language fed the curiosity that steered us towards the Biblioteca del­la Musica in Bologna where we gathered hundreds of pages of music that were photographed from microfilms of old sheet music from the period. After we had played together and performed concerts of Bolognese music of this time, we discovered a clear parallel between the works of C. D. Cossoni and Maurizio Cazzati, who were both musicians at the Basilica of San Petronio. A desire to record a compi­lation of their compositions began to grow. [..]
Ensemble Philomèle