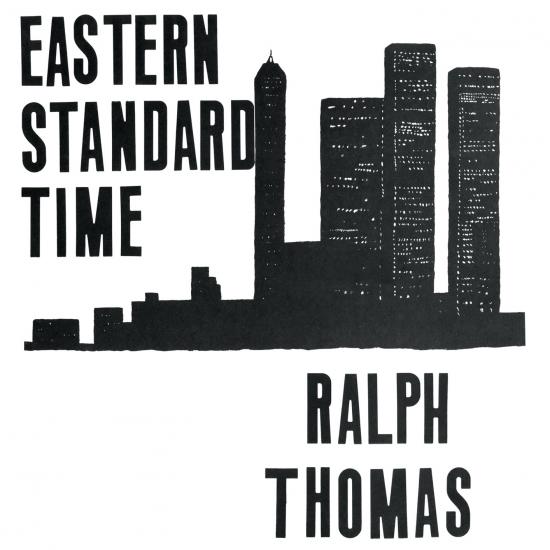 Following hard on the heels of BBE delving into the archives of Detroit’s Strata Records and delivering their widely acclaimed and hugely in-demand exploration of J-Jazz, comes another crate digger’s delight- Ralph Thomas’ ‘Eastern Standard Time’, which dropped in the USA back in in 1980, on the obscure Zebra Jazz imprint. LA based DJ, producer and music supervisor Mathieu Schreyer discovered this gem for BBE.
This is the is the kind of “spiritual’ jazz gem that appears on You Tube and upon checking it out on Discogs reveals a price well in excess of £150.00. To have it widely available in its original vinyl format, as well as digitally and on CD, is a real treat. So, who is Ralph Thomas?
The self-produced ‘Eastern Standard Time’ features Thomas on baritone, alto and tenor saxophones as well as flute and percussion. He describes himself as a practicing ethno- musicologist who’s musical vision evolved during the Sixties and it’s Thomas’ multifaceted, global approach that gives the music on Eastern Standard Time’ an engaging and distinct flavour.
“My music has always been open to different cultures and sounds Afro-Cuban, Brazilian, Mexican, Peruvian, American, Hebrew, Turkish, African, Indian and Japanese,” declares the Chicago born musician. While attending the Chicago conservatory of music in 1969 he became a member of the Chicago A.A.C.M, studying with master musicians Phil Cohran and Richard Muhal Abrams. He also recorded with well-known blues legends, Howlin’ Wolf and Mighty Joe Young for the Cadet imprint of Chess records.
In 1974, he moved to Los Angeles and was employed as a session player with both 20th Century Fox and Motown – where he recorded with Marvin Gaye, Jermaine Jackson, Smokey Robinson and Rick James. In the early Eighties he was working for Quincy Jones Productions appearing on the soundtrack of Roots and The Color Purple but a passion for reggae music led him to Jamaica where he recorded with producer Jack Ruby and artists like Augustus Pablo and Gregory Isaacs.
In ’86 he moved to NYC where he collaborated with Boogaloo legend Johnny Colon and played with like-minded musical explorers Sun Ra, Don Cherry and Olatunji. However, by 1993 his restless spirit carried him to Paris where studied Ethnomusicology and performed with trumpeter Mra Oma and film-maker Ranaivo-Rajaona Hery. There were also gigs with percussionist Trilok Gurtu as well as drummer Sunny Murray and saxophone legend Archie Shepp. Upon moving to the South of France Thomas ran an art gallery and initiated his MusArt project – which has since toured in the US, Canada and Japan.
After a productive stint in Chiang Mai, Thailand – where he immersed himself in Issan culture – Ralph Thomas recently re- located back to the US to live and work. Though creating a huge amount of music over the years ‘Eastern Standard Time’ remains Ralph Thomas’ only album and it’s available now from BBE Music.
Ralph Thomas, alto saxophone, tenor saxophone, soprano saxophone, baritone saxophone, flute
Joel Vierset, drums, percussion
Joel Ector, electric bass, acoustic bass
Thierry Sharfe, electric guitar
Joann Leauanthal, flute
Lawrence Dixon, keyboards, marimba
Warren Thomas, percussion
Digitally remastered 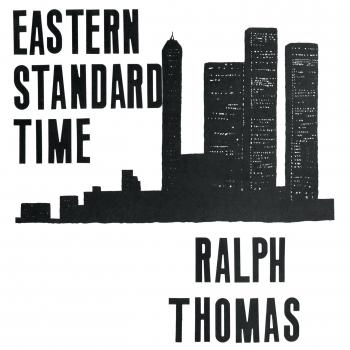 Ralph Thomas
is an African American Ethno musician. "We play specific musical traditions, both in terms of musical structure, repertory and performance, and in terms of the part music plays in society; on the other hand we consider the principles and methods that may be applied to the study of any music in its cultural setting, and the problems and insights that arise when we compare musics on a worldwide basis. The term ethnomusicology is generally applied to this multifaceted approach to the performance of world music."
Ralph Thomas has been using fusion music since the early 60?s. "My music has always been open to different cultures and sounds Afro-Cuban, Brazilian, Mexican, Peruvian, American, Hebrew, Turkish, African, Indian & Japanese.
Ralph Thomas was born in Chicago in 1950. He performs on saxophone, flute, bagpipes and percussion. While attending the Chicago conservatory of music in 1969 he became a member of the Chicago A.A.C.M, studying with Phil Cohran and Richard Muhal Abrams, and recording with well known Chicago Blues legends, Howling Wolf and mighty Joe Young on the Cadet Label. In 1974, he moved to Los Angeles, where he was immediately accepted by Motown Records and 20th Century Fox. He was sought by and recorded with such celebrated artists as Marvin Gaye, Jermaine Jackson, Smokey Robinson, and Rick James.
In 1980 Ralph moved on to record and produce his own album, "Eastern Standard Time", released on Zebra Jazz label, which was successful, not only in the U.S but also in Europe.
In 1981 Ralph recorded for Quincey Jones Prod : on such soundtracks as Roots, and The Color Purple. In 1985 his love for Afro-Caribbean rhythms took him further afield to the Caribbean, recording for Jack Ruby with well-known reggae artists Augustus Pablo and Gregory Isaac.
He toured with various Caribbean bands in order to capture the spirit of these rhythms, In 1986 he moved to New York City where he was able to experience the essence of both Samba and Salsa, performing with Johnny Colon, Don Cherry, Olatunji and Sun Ra.
Since 1993 Ralph Thomas has been based in Paris and has had several tours in Europe with Mra Oma. Since 1996 Ralph has been successful in recording with many artists in Paris, which has included Sara Alexandra, Mra Oma and Ranaivo-Rajaona Hery. He has also performed with Sunny Murray, Archie Sheep, Trilok Gurtu, The Master Drummers of Nepal at Katmandu,etc. Currently Performing with Issan Jazz Project at Northgate Jazz In Chiang Mai Thailand.