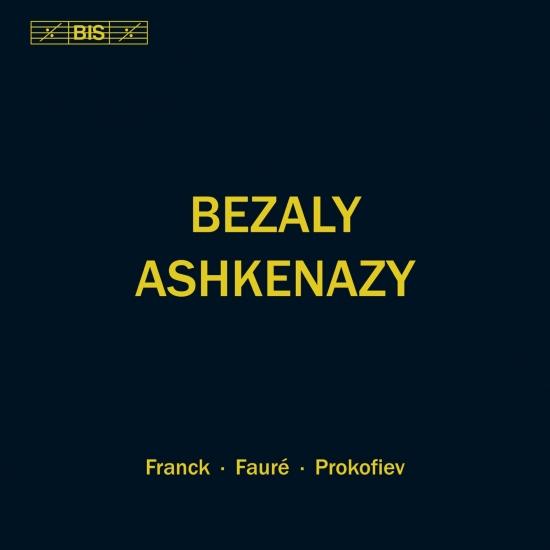 The flautist Sharon Bezaly has, over the past 20 years, released some 40 discs on BIS, recordings that have contributed to the international recognition that she enjoys. Both on disc and in concert she has done much to champion new repertoire she has had no less than 20 concertos dedicated to her. On her new disc, however, she turns to core repertoire, although not necessarily that of her own instrument. The two sonatas by César Franck and Gabriel Fauré were composed with the violin in mind, and even though Prokofiev's sonata was originally intended for the flute it is often heard in the composer's own version for violin and piano. But joined by the legendary pianist and conductor Vladimir Ashkenazy, Sharon Bezaly now claims (and reclaims) the three works for her own instrument, in eloquent performances that make the best possible case for the flute.
Sharon Bezaly, flute
Vladimir Ashkenazy, piano 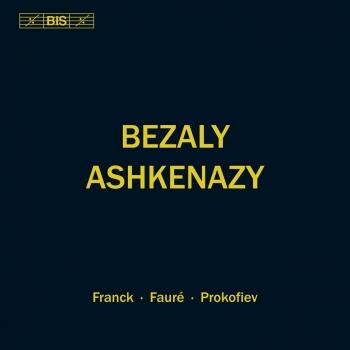 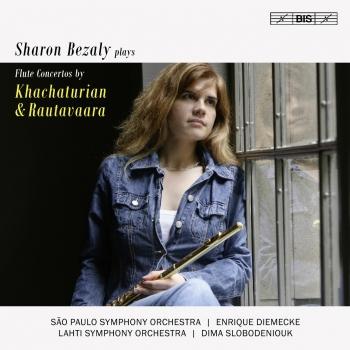 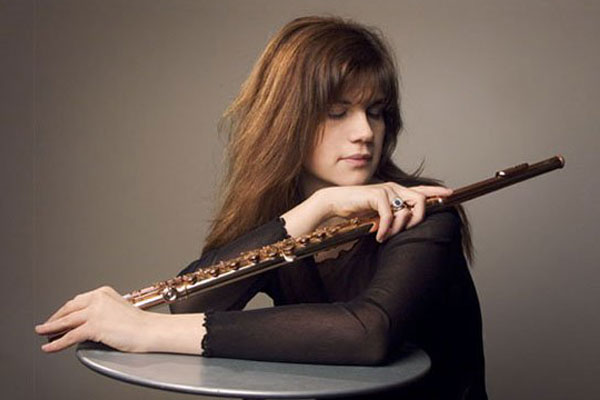 Sharon Bezaly
Described by The Times (UK) as ‘God’s gift to the flute’, Sharon Bezaly was chosen as ‘Instrumentalist of the Year’ by the prestigious Klassik Echo in Germany in 2002 and as ‘Young Artist of the Year’ at the Cannes Classical Awards in 2003. Hailed as a flautist ‘virtually without peer in the world today’ on ClassicsToday.com, Sharon Bezaly has inspired renowned composers as di­verse as Sofia Gubaidulina and Kalevi Aho to write for her, and has to date seven­­teen dedicated concertos which she performs worldwide.
A member of BBC Radio 3’s ‘New Generation Artists’ Scheme during the period 2006–08, Sharon Bezaly was also the first wind player to be elected artist in residence (2007–08) by the Residentie Orchestra, The Hague. Other high-profile appear­ances include performances with the Leipzig Gewandhaus Orch­estra, Royal Philharmonic Orchestra and Cincinnati Symphony Orchestra, and at the Musik­verein in Vienna, at the BBC Proms, and at Sydney Opera House with the Austra­­lian Chamber Orchestra. In 2012 she gave the US première of José Serebrier’s Flute Concerto at Carnegie Hall in a performance conducted by the composer. The work is also included on her acclaimed disc ‘Pipe Dreams’ (BIS-1789), regarding which the International Record Review wrote: ‘No praise is too high for the combined musicianship, virtuosity and commitment of Bezaly.’ She has also given recitals at the Wig­more Hall, Lon­don and Concertgebouw, Amsterdam.
Sharon Bezaly’s recordings on BIS have won her the highest accolades, in­clud­ing the Diapason d’or (Diapason), Choc (Monde de la Musique), Editor’s Choice (Gramophone) and Stern des Monats (Fono Forum).
She plays on a 24-carat gold flute, spe­cially built for her by the Muramatsu team. Her perfect control of circular breath­ing (taught by Aurèle Nicolet) enables her to reach new peaks of musical inter­preta­tion, as testified by the comparison to David Oistrakh and Vladimir Horo­witz made in the Frankfurter All­gemeine Zeitung.
Sharon Bezaly has always had a great interest in contemporary music and is presumably the living flautist with the greatest amount of concertos inspired by and dedicated to her in the world. At the time of writing this there are a great number of concertos and a lot of chamber and solo music from more than two dozen composers, among which Kalevi Aho, Sofia Gubaidulina, Christian Lindberg, Brett Dean, Sally Beamish and Haukur Tómasson stand out, as do the efforts of no less than four Sinoamerican composers and a Chinese one. All of these concertos are recorded and freely available at her house label, BIS Records. Also Jeff Beal – the composer of several famous works and an EMMY-winner for his music to the famous TV drama series *House of Cards* – will be ready with his Concerto during the first half of 2016. Thus 16 composers from 11 countries in five continents have written 20 concertos for her, on top of which we can add a lot of composers with chamber and solo works, all dedicated to her. And more to come…