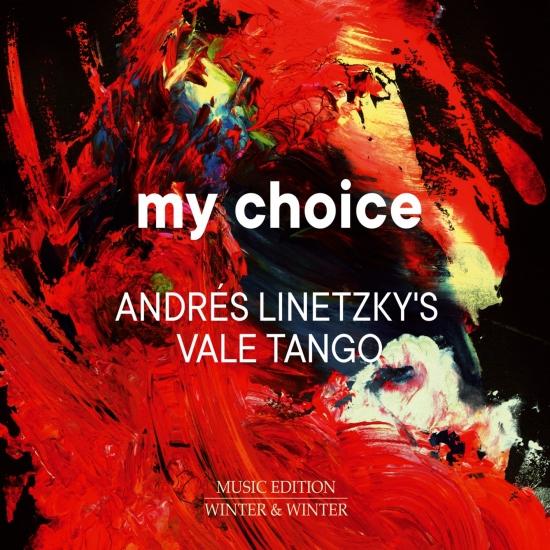 Info for My Choice

In early 1997, I set out for the first time for Buenos Aires to search for the sounds, tones and noises of this city. [After my return to Munich, I published my acoustic travel diary "¡Tango Vivo!"]. The first encounter with the music of pianist Andrés Linetzky took place in the legendary tango club "El Chino". Andrés — 23 years young at that time — played with friends in the ensemble Tangata Rea. This group ignited an incredible musical energy. In the middle of the night, the best, most famous and also most experienced tango musicians of Buenos Aires had gathered at "El Chino". The old guard listened and was fascinated. An unforgettable atmosphere was created, the intoxicating and unpretentious joy of playing of these blood young musicians inspired everyone who was there. It was almost a miracle that it was possible to record this special atmosphere with one microphone, because the bar "El Chino" was bursting at the seams. I am happy that Andrés chose two recordings [track 15 "El amanecar" and track 16 "Comme il fait"] from that night for his album "My Choice". So now we can also be there and experience this place and its music.
Andrés Linetzky triggers a renaissance of live music in milongas during his career. With Tangata Rea and Vale Tango he inspires audiences around the world, playing music live to dance.
The albums we have recorded over the years have been made in Buenos Aires and in the Bordeaux area of France. I always look for places that are made for the natural unfolding and recording of the sounds and that offer a special atmosphere. For recording works by and with Andrés Linetzky and his groups, we retreated to Château Thouars in Talance and went to Le Rocher de Palmer in Cenon in France. Patrick Duval and the cultural organization Musiques de Nuit from Bordeaux made this so important collaboration possible. For further recordings we chose the Tango "Club del Vino" and the famous dance venue "La Viruta" in Buenos Aires. We even set up microphones in the Linetzkys' home to capture klezmer music from the family, a centuries-old tradition. I deliberately set the natural sounds in relation to the music, as I had already done when recording in the tango bar "El Chino".
After ten years running JMT, 25 years ago Mariko Takahashi and I started a new chapter with Winter & Winter. This resulted in Uri Caine's Mahler adaptations, the AudioFilm [closed-eye cinema] "Cuardenos de La Habana", Paul Motian's "The Windmills of your Mind", Barbara Sukowa's "Im wunderschönen Monat Mai", Aarón Zapico's "The Four Seasons" with Forma Antiqva and Hans Abrahamsen's "let me tell you" among many other albums.
We direct Winter & Winter cross-border and trust our own conviction, experience and appreciation in the selection. This trust is based partly on intuition and partly on perceptions and knowledge accumulated over the years.
Anniversaries invite us to dare a retrospective: a look back to the future. But in this case, we're not directing, our artists are making their selections and presenting "My Choice." Every month during the anniversary year, new selections will follow, from Guy Klucevsek, Jim Black, Uri Caine, to Aarón Zapico and the baroque orchestra Forma Antiqva. (Stefan Winter)
Andrés Linetzky, piano, musical director
Alejandro Schaikis, violin
Javiera Gonzalez, violin
Luis Sava, violin
Nicolas Capsitski, bandoneon
Amijai Skalev, bandoneon
Luciano Sciarretta, bandoneon
Federico Pereiro, bandoneon
Patricio Colella, bass
Nicolás Zacarías, bass
Lidia Borda, vocals
Tangata Rea: (on tracks 9, 12, 15, 16)
Andrés Linetzky, piano
Paulina Fain, transverse flute
Victorio Pujía, guitar
Luis Longhi, bandoneon
Lila Horovitz, bass
The Linetzky Family: (on tracks 4, 8)
Andrés Linetzky, piano
Bruno Linetzky, clarinet
Matías Linetzky, trumpet 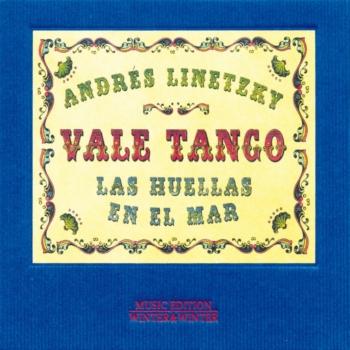 Booklet for My Choice