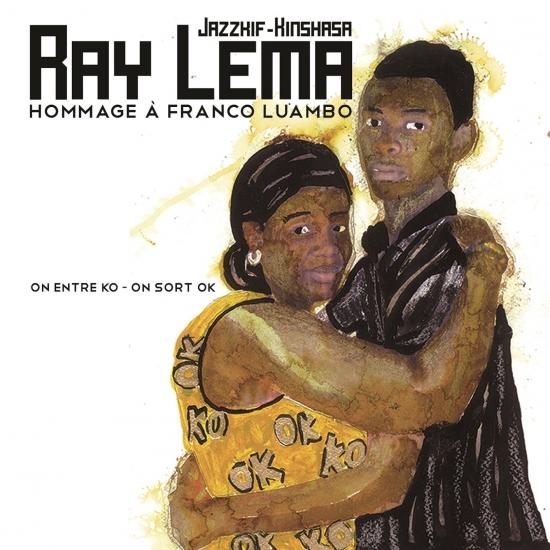 “Our music works like a GPS. That’s the whole problem with the African continent, which has been brainwashed from our origins. These young people dream of going somewhere, but they don’t know where they’ve come from. That’s why you have to listen to Franco, whose music is more topical than ever."
Ray Lema has always wanted to pass on to the new generations the heritage that has made the identity of his country. Not to turn them into museum pieces, like a folklore preserved in formaldehyde, but rather to nourish creativity again and again. His is no longer to be demonstrated to the alder of a fifty-year career that has seen him reconcile like few cultures that many oppose: the learned and the popular, the written and the improvised, the symphonic and the so-called world music, rhythms and harmonies, melody and so on… He hears in all this only one thing: Music.
This is what François Luambo Makiadi is always talking about, and his genius can be measured by the nicknames he has been given: “The Great Master“, the “Venerable Yorgho“, “The Wizard of the Guitar“… The one who brought Congolese rumba to all the dance floors of the continent, and far beyond. It would nevertheless be a limitation to Franco’s message to consider him only as a first-class ambience: his music carried the word of the common people as it spoke of the great hours of an Africa finally liberated. Everyone, the beautiful woman from Kinshasa as well as the jealous saboteur, found themselves in this verve that slalomed through the evils as her guitar dribbled between the words. Franco was saying out loud what everyone was thinking.
“After all these years, Franco’s music has not aged."
Ray Lema is more convinced than ever with this statement. When he was a kid, he was a ngembo (bat in lingala) of Franco, that is to say like a bat on a tree which would spend the night listening to listen to the all-powerful creator of OK Jazz. Listening to Franco, native of Sona-Bata, Ray Lema hears the huge musical tradition he had discovered since the 1970s, as musical director of the national ballet, as well as the modernizations he provided and more in specifically the sebene, which makes the guitar the axis of its music, like a rhythmic wheel.
To take the thickness of this journey, he chose sides from the beginnings, starting with Nani apedalaki te and the classic among the classics Mario, in the winter of his career, patronizing titles that had to be cut into. A challenge for any arranger when you know that a Franco title could go on for hours. He added his grain of salt, which is sure to spice up this new sauce: the brass section, whose motifs he wrote himself, draw new lines and new perspectives to Franco’s music. Some will see a touch of jazz with rumba. However, this would limit the scope of this rereading, which manages to “modernize” Franco’s irresistible groove. Let’s just say that he didn’t content himself with an offbeat copy to salute the talent of rumba at its true height. Jacques Denis.
Ray Lema 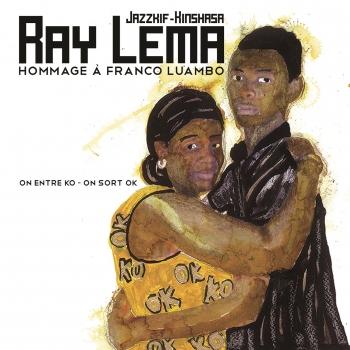 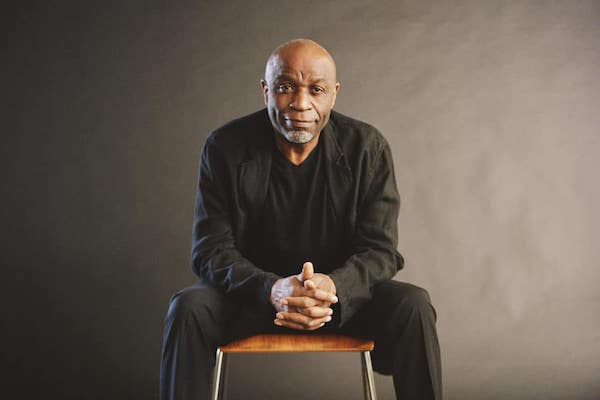 Ray Lema
From the height of its three quarters of a century, Ray Lema faithfully pursues its adventurous path on the roads of music. From classical to jazz, from traditional Kongo rhythms to those of the Gnawas through the Bulgarian choirs, the man decided to make sweat all those who like to store music in boxes.
Born in 1946 and raised in a Protestant family, the boy wanted to become a Catholic priest. He was then sent to the college seminary near Kinshasa. The white fathers on charge detected his musical aptitudes and directed him to study the piano and play the organ during the masses. The training is austere, but solid. The Congo gains independence and our organist who has a certain freedom of thought gives up the seminary to study chemistry at the university. But his passion for science fades and he gives up to everything but music. He plays with Gérard Kazembe’s orchestra the hits of Europe and plays rock with the band “The Yss Boys”, being considered a bit strange in Kinshasa, where the rumba is the queen and has the monopoly of the musical nights. But it is precisely because he is a UFO, trained in the rigors of Bach and in classical composition, that he is entrusted with the musical direction of the newly created National Ballet of Zaire. His mission: Go around the Congo to hire musicians, singers and have them play all together to represent the country. In this immense territory which is not yet a nation, the challenge is more complex than it seems. But he discovers the incredible musical diversity of his fellow citizens and the science of rhythm which is rooted in everyone, since music, singing and dancing are part of everybody’s life. This research will leave a deep imprint on his whole life. His dismissal from the National Ballet also, when at the end of the 1970s, he refused to compose an opera to the glory of Mobutu, the “king of Zaire”. His house, car, orchestra are taken away by the government of Mobutu. This is the moment that the Rockefeller Foundation chooses to offer him a scholarship and the airfare for Washington that goes with it. Ray flies away from Zaire, not knowing that he will never set foot in his country for more than thirty years.
In the country of jazz, he crosses paths with Stewart Copeland, the drummer of the group The Police who helps him for his first record, Koteja. But the life on this continent-country which ignores everything from the rest of the world does not fit him. In 1980, he decided to pack up and flew to Brussels, then Paris. The pianist was just waiting for that: new adventures.
His first record, Kinshasa-Washington DC-Paris (1983), is a mix of all the sounds that made him a musician. Two years later, his new album, Médecine, is recorded in a studio transformed into a laboratory, to all kinds sounds: synths, Kongo choirs, funky rhythms, djembé where he calls the forces of the universe with a great jubilation. Behind his keyboard, he is like a drummer and he keeps his inspiration from the rhythmicians he worked with in Zaire. Original soundtracks (Black Mic Mac), or with the band (le Bwana Zoulou Gang) with Higelin, Bashung, Dibango and Couture… with his bands or solo, Ray Lema multiplies creations on stage and on disc. Il incarne à lui seul le concept de sono mondiale cher à Bizot, avant que les marketeurs ne le récupèrent pour en faire la world music. The album recorded with Professor Stefanov and his Bulgarian choirs, or Safi with the Moroccan Tyour gnawas are perfect examples.
Jazz, which is the music of crossing worlds, remains one of his best companions. In duo with Joachim Kühn or Laurent De Wilde, or with his quintet, he digs his own groove, engraved in the wax of many albums. He also defends an “African” concept of Jazz, very collective, which you can feel in the respect he shows to the musicians who play with him. And it’s even better if there are many of them ! Nothing makes him more happy than collaboration with classical orchestras. From Sweden to Brazil through China and Cuba, those last 20 years he has been invited by orchestras to play his musics in symphonic versions.
Even if traveled and played in concerts all around the world, Ray Lema never came back in Zaire, which in the meantime was called again Congo . But, his country never left his heart. He kept using the Congolese rhythmic tricks on the piano and the sebene, this typical phase of rumba which is the base of the dance and the trance of congolese music.
In 2012, the creation of the project Station Congo gave him the opportunity to go back to his country. Thirty-three years later, he could reconnect with the ocean of rhythms of his country. This come back to his roots gave birth to a magnificent album, Nzimbu, a tribute to the cultural heritage of the region of his birth (the central Kongo), and he returned very recently (2019), to Kinshasa for a tribute to Franco Luambo, the boss of the OK Jazz and a monument of Congolese rumba. For the time of a magical concert (available on CD), Ray Lema bought back to life Franco Luambo Makiadi who, more than any other, relied on traditional music to compose THE rumba which made all Africa dancing. Somehow it completed the circle for Ray Lema who has always tried to get together his Congolese heritage with his Western education, and to marry them with other cultures. Ray Lema went back to Paris satisfied. Sitting at his piano, he is now working on his next adventure.