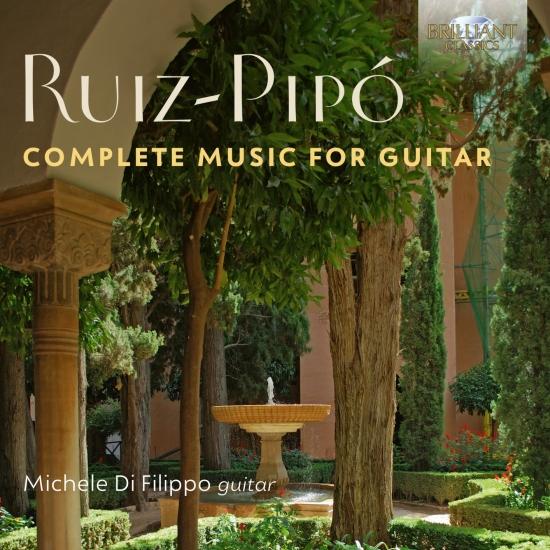 Born in Granada in 1934, Antonio Ruiz-Pipó learnt the guitar in his youth but trained as a pianist in Barcelona, where he was taught by Frank Marshall, doyen of the Spanish piano school made famous by Alicia de Larrocha. Further study in Paris refined Ruiz-Pipó’s compositional technique, and he taught at the École Normale from 1977 until his death in 1997.
Despite his early experience as a guitarist, Ruiz-Pipó did not write from the perspective of a ‘guitarist-composer’ such as Ponce, Brouwer or Dyens. Rather, his relationship with guitar was both visceral and remote, reflecting the physical distance separating him from his heritage. Nevertheless, there is an unmistakably Hispanic character to pieces such as the Seis Canciones y danzas and two sets of Preludes which made him a favourite composer for the guitarist Narciso Yepes, who became one of the foremost exponents of classical guitar in the generation after Segovia.
The Spanish folk tradition is seamlessly integrated by Ruiz-Pipó within his own, distinctive and evolving musical voice, which bridges the divide between a tonal-modal centre and free chromaticism. The collection begins with the upbeat Sonata ‘pur un taxi’ and concludes with the late, autumnal moods of the five Otonales. Highlights in between include a light- hearted Requilorio (set of ‘fripperies’) premiered by Yepes, and homages to Cabezon and Mudarra, two great vihuelist-composers of the 16th century.
There is a forward-looking edge yet also nostalgic patina to Ruiz-Pipó’s guitar writing which lends this music an individual profile that stands out in the landscape of the Spanish guitar in the 20th century. The album marks the label debut of the Italian guitarist Michele Di Filippo, born in 1994, who is also an experienced composer for his instrument.
Born in Granada, Antonio Ruiz-Pipó (1934-1997) learnt the guitar in his youth but trained as a pianist. He began his studies in Barcelona at the Escolanía de Nuestra Señora de la Merced. In 1948 he enrolled at the Frank Marshall Academy, named after the Granados pupil who had himself trained a generation of Spanish pianists, most renowned of them Alicia de Larrocha. Ruiz-Pipó duly became a student of de Larrocha, as well as learning the craft of composition with José Cercós. The turning point of his career arrived in 1951, when he received a scholarship from the French government to study in Paris. Enrolled at the École Normale de Musique de Paris, he studied with Alfred Cortot, Blanche Bascouret de Gueraldy and Yves Nat.
This new recording presents Ruiz-Pipó’s complete works for guitar, unmistakably Hispanic in character, but seamlessly integrated within his own, distinctive musical language. Elements of the Spanish folk tradition bridge the divide between a tonal-modal centre and the prevalence of free atonal chromaticism.
Born in 1994, Michele Di Filippo studied with guitar luminaries including David Russell, Adriano Del Sal, Stefano Palamidessi, Arturo Tallini, Massimo Delle Cese, Andrea Pace, and Cristiano Poli Cappelli. He is also widely known as a successful composer, mostly for his own instrument, the guitar.
Michele Di Filippo, guitar 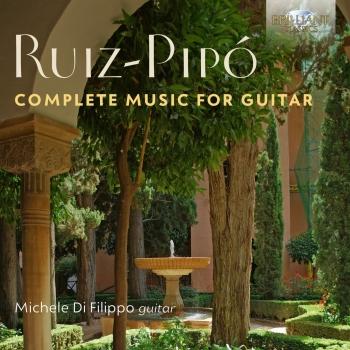 Michele Di Filippo
(1994), is a young guitarist and composer. He had the opportunity to improve is music skills with teachers from the guitar world. He graduated with honors in guitar from the Licinio Refice Conservatory of Frosinone (2017). He has recorded two CDs of his guitar pieces: “The Sound of the Soul” (2011) and “The Journey” (2013). In 2017 he graduated the I level Academic Diploma in Composition for Film Music at the Saint Louis Collage of Music in Rome and in 2019 he graduated the II level Academic Diploma in Composition at the Licinio Refice Conservatory of Frosinone. He performed with Saint Louis in various concerts also conducting his own compositions for orchestra at the Auditorium Parco della Musica and at the Eliseo Theater in Rome. Since 2013 he has collaborated with MThI as a guitarist, composer and music arranger