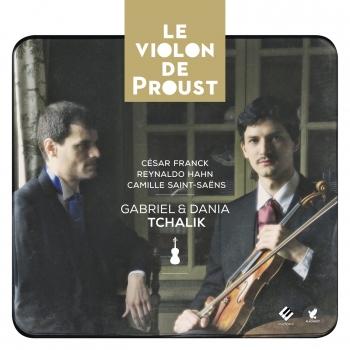 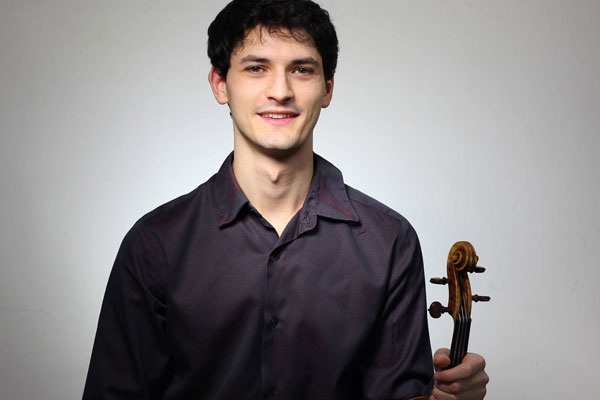 Gabriel Tchalik
"Tchalik is dramatic as well as heartfelt and even poetic, shaping every phrase with exquisite care and awesome atmosphere." (Remy Franck / Pizzicato). This sentence describes the first CD of Gabriel Tchalik devoted to the first complete release of the Locatelli's 24 Caprices (Evidence Classics / Harmonia Mundi). In June 2015 was released his second album, the world premiere of Boris Tishchenko’s violin works (1939-2010), also with the French label Evidence Classics.
Gabriel Tchalik was born in France into a Franco-Russian family, these two cultures affecting both his personality and technique. Highly influenced by the Russian school, he began his music studies, with the pianist Igor Lazko and violinist Elina Kuperman. He later on spent many years studying with Alexandre Brussilovsky.
Gabriel Tchalik left the music school of Versailles in 2007 with a double diploma. He then decided to continue his education with Alexandre Brussilovsky. Instead of entering a graduate music school, he decided to continue to explore music on his own, thus enabling him to build up a vast and personal musical repertoire. This did not however prevent him from extending his musical references, by following the advice of Christian Tetzlaff, Jan Talich, Viktor Pikayzen, Maurizio Fuks, Zhu Xiao Mei, Valery Sigalevitch...
His impressive technical and musical qualities have been acknowledged at numerous international competitions. He won first prize at the Islam Petrella Competition in Albania, first prize at the first Yuri Yankelevitch International Competition in 2009.
Among other aspects of his career, Gabriel was able to study philosophy at La Sorbonne University (Master's degree). Throughout his career, he has varied his repertoire not only by playing classical violin concertos (performed with such conductors as Jacques Mercier, Jean-Jacques Kantorow, Dmitri Vassiliev...), but also original contemporary and chamber music pieces. Over the years he has had the chance to play in duets with his pianist brother, and recently he founded the Tchalik Quartet with his other brothers and sisters. In 2015, they were selected to take part to the MISQA (Montreal) and Villecroze Academy.
He has been playing a Philippe Mitéran violin with a Konstantin Cheptitski bow for the past eight years.