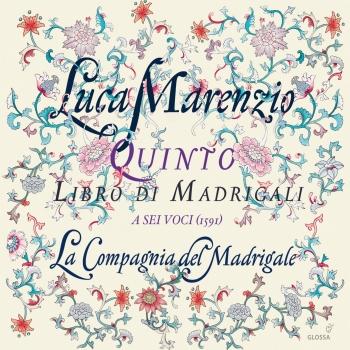 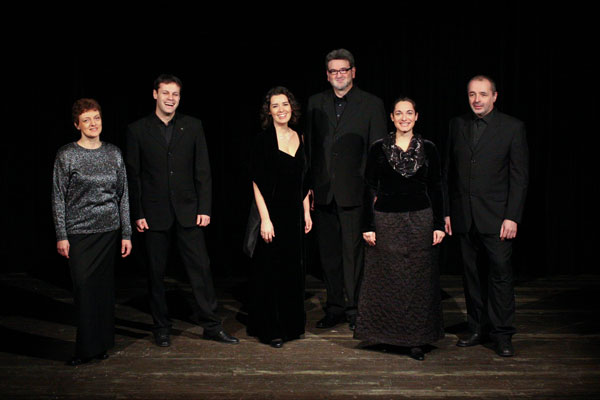 La Compagnia del Madrigale
is the most accredited madrigal ensemble of today’s international early music scene.
The group was founded in 2008 on the initiative of Rossana Bertini, Giuseppe Maletto and Daniele Carnovich: after singing madrigals and sacred polyphony together for over 20 years, they decide to self-manage their own activity without a musical director and integrate into the group Francesca Cassinari, Elena Carzaniga, Raffaele Giordani and Marco Scavazza.
The founding members of the group, Rossana Bertini, Giuseppe Maletto, and Daniele Carnovich, while cultivating prestigious individual careers, have worked side by side for over 20 years, and their collective experience as madrigalists has played a fundamental role in bringing an undisputed high level of artistry to La Compagnia del Madrigale.
Their voices can be heard on dozens of award-winning recordings (Diapason d’or de l’année, Grammophone Award, Premio Cini etc.) and have been critically and publicly acclaimed for innumerable performances in the most prestigious international music festivals of Italy, Europe, United States, Canada, Israel, Russia, Japan, and Latin America.
La Compagnia del Madrigale undertook an important collaboration with the RSI Radio-TV of Italian Switzerland, under the direction of Diego Fasolis, and with the prestigious instrumental group I Barocchisti. The first phase of this collaboration was a production of a video dedicated to the “Amfiparnaso” by Orazio Vecchi. This was followed by a recording of the Secondo Libro dei madrigali a 4 voci of Palestrina, part of a larger recording project dedicated to the complete works of this composer, with the musicological consultation of Francesco Luisi.
The record production of La Compagnia del Madrigale started in 2011, when the label Arcana published a CD of madrigals based upon the text of “Orlando Furioso” by Ludovico Ariosto, which was enthusiastically acclaimed by both public and critic. The label Glossa released the Sesto Libro dei Madrigali a 5 voci followed by the Responsoria by Carlo Gesualdo - both CDs have been highly acclaimed by the press and awarded several prizes. Recently, Glossa has published the Primo Libro dei Madrigali a 5 voci and the Quinto Libro dei Madrigali a 6 voci by Luca Marenzio, which have also been very successful: Diapason d’Or, Gramophone Editor’s Choice, Preis der deutschen Schallplattenkritik! A new recording entitled “Pianto della Madonna” is dedicated to Monteverdi’s Sacred Works and has just been released and awarded a Diapason d’Or!
In addition to the hundreds of madrigals which have always represented the heart of their artistic production, the artists of the ensemble are today particularly involved in programs devoted to Petrarca’s “Canzoniere”, “Gerusalemme Liberata” of Tasso, Monteverdi’s “Selva Morale” and the Vespro della Beata Vergine, which they have recently performed.
Recently, La Compagnia del Madrigale debuted in Cologne (Philharmonie), Paris (Musée d’Orsay), Geneva (Victoria Hall), Zurich, Venice, Torino, Rome and at the festivals in Schwetzingen and Rhein Vokal. Upcoming concerts will take place in Essen, Cologne, Regensburg, and London (Wigmore Hall).