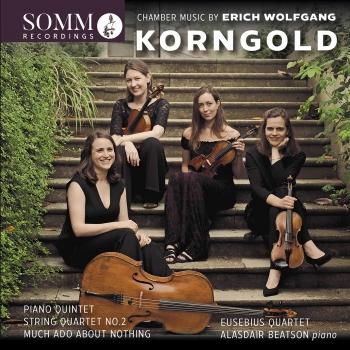 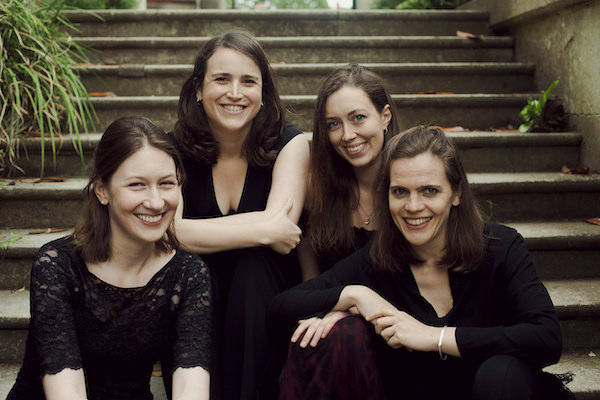 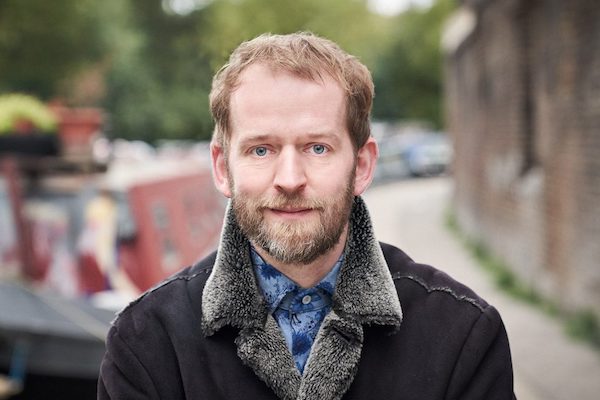 Eusebius Quartet
Praised as “excellent” by The Sunday Times, the Eusebius Quartet was formed in 2016 out of a passion for the extraordinary music written for this formation. They have gained a reputation for imaginative performances possessing “clarity and unity of thought” and their debut CD, featuring the chamber music of Erich Wolfgang Korngold will be released this season by SOMM Recordings.
The quartet has toured throughout Europe and to Santa Fe, USA, alongside more recent performances closer to home including appearances at Kings Place, Conway Hall and Glyndebourne. In 2018 they were finalists in the Royal Over-Seas League Music Competition, and continue to frequently perform live on BBC Radio 3. They are regular guests at numerous chamber music festivals including the Lewes Chamber Music Festival, of which first violinist Beatrice Philips is the Artistic Director and founder. The quartet were awarded a residency at Britten-Pears Young Artist Programme at Snape Maltings in 2019, where they worked with one of their mentors, Hungarian pedagogue and pianist Rita Wagner, studying and performing quartets by Schumann and Bartók. The residency culminated in performances as part of the Aldeburgh Festival.
The Eusebius Quartet has collaborated with many wonderful musicians including pianists Alasdair Beatson and Bengt Forsberg; clarinettists Matt Hunt and Michael Collins; oboist Daniel Bates; bassoonist Amy Harman and tenor Nicky Spence. The members of the quartet first met as teenagers and then again later at IMS Prussia Cove, reuniting as a quartet after completing their respective studies. Between them they bring influences from their rich and diverse musical backgrounds, having each studied at leading international conservatoires, namely the Juilliard School, New York, the Sibelius Academy, Helsinki, Royal Academy of Music and Guildhall School of Music, London and the Paris Conservatoire.
Keen to make their music accessible to all, the Eusebius Quartet enjoy outreach projects and have led schools tours for both the Lewes Chamber Music Festival and the Foundling Museum in London, where they designed music workshops for local Camden schools ahead of giving a series of concerts in the museum. They also coach on MusicWorks chamber courses for young string players - a venture with personal significance for them as three quartet members are MusicWorks alumnae themselves.
The quartet takes its name from one of the two fictional characters invented by Robert Schumann for his musical journal writings. These characters became symbolic of Schumann’s opposing moods: the fiery and impassioned Florestan contrasted the philosophical and dreamy Eusebius.
Alasdair Beatson
works prolifically as soloist and chamber musician. Despite the shadow of Covid, Alasdair has kept busy during 2020/21, playing several times at Wigmore Hall, recording multiple concerts for BBC Radio 3 alongside Alina Ibragimova, Aleksei Kiseliov and the Nash Ensemble, and joining Royal Northern Sinfonia as concerto soloist.
Alasdair is renowned as a sincere musician and intrepid programmer. He champions a wide repertoire with particular areas of interest: Beethoven, Brahms, Mendelssohn, Schubert and Schumann; the solo and chamber music of Gabriel Fauré, Bartók and Janáçek; concertos of Bach, Bartók, Britten, Fauré, Hindemith, Messiaen and Mozart; and contemporary works, including the piano quintet of Thomas Adès, George Benjamin’s Shadowlines and Harrison Birtwistle’s Harrison’s Clocks. Future plans include the first performances of a new piano concerto, written for him by Helena Winkelman.
Two new recordings are released in Spring 2021: 3 Beethoven sonatas for violin and fortepiano with Viktoria Mullova on Onyx, and a solo piano recital Aus Wien on Pentatone. These join a discography of solo and chamber recordings on BIS, Champs Hill, Claves, Evil Penguin, Pentatone and SOMM labels. As chamber musician, Alasdair’s colleagues include Steven Isserlis, Pekka Kuusisto, Viktoria Mullova, Pieter Wispelwey, the Doric, Gringolts and Meta4 string quartets, and the Nash Ensemble.
Alasdair teaches solo piano at Royal Birmingham Conservatoire, and regularly mentors for the London-based Chamber Studio. From 2012 to 2018 Alasdair was founder and artistic director of Musique à Marsac, and since 2019 is co-artistic director of the Swiss chamber music festival at Ernen.