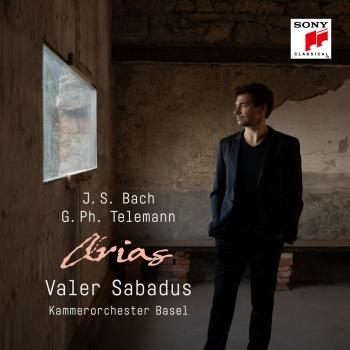 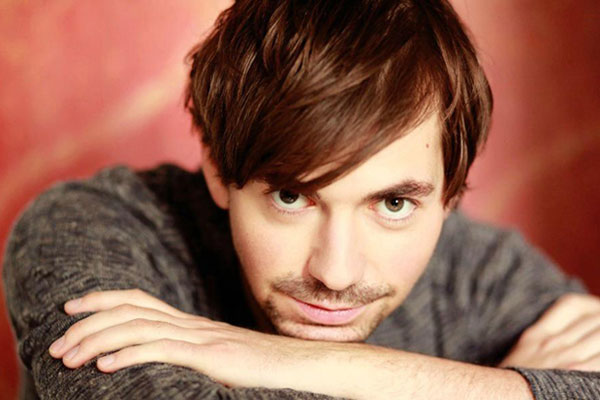 Valer Sabadus
was born in 1986 in Arad (Romania) and moved to Germany in 1991. He grew up in a family of musicians, and this was where he received his first musical instruction (violin and piano). At the age of 17 he began studies at the Academy of Music and Theatre in Munich with Prof. Gabriele Fuchs and is presently attending the music theatre master class.
In 2007 he made his operatic debut as Rinaldo in Georg Friedrich Händel's opera of the same name with the Capella Incognita in St. Pölten. Since then he has appeared in several operatic productions, including the production of the Musikpodium Stuttgart under Frieder Bernius of Didone abbandonata as Enea, also singing the title role in Antonio Vivaldi's Orlando furioso under Michael Hofstetter in the production by Christof Nel at the Prince Regent Theatre.
One climax, so far, of his artistic career has been his engagement at the Salzburg Pentecost Festival in 2009 in the role of Adrasto in Niccolò Jommelli's Demofoonte conducted by Riccardo Muti in a co-production with the Ravenna Festival and the Opéra National de Paris. This earned him the honour of being named "Artist of the Month" by the international music forum Musical America.
He has also had great successes with his participation as Sesto in Günter Krämer's production of La Clemenza di Tito at the Mozart Summer in Schwetzingen, in the role of Ruggiero in Vivaldi's Orlando Furioso at the Frankfurt Opera as well as in Händel's Partenope at the State Theatre of Baden in Karlsruhe. In May 2011 he could be heard at the Prince Regent Theatre in Munich as Iarba in Johann A. Hasse's opera Didone abbandonata with the Munich Court Orchestra (Hofkapelle München) conducted by Michael Hofstetter and produced by Balázs Kovalik.
His first solo recording CD (HASSE reloaded)- predicated on this operatic production- was highly praised by the press and even awarded The German Record Critics' Award. ("Preis der deutschen Schallplattenkritik"). The countertenor made his debut at the Händel Festival in Halle in June 2011 in the title role of Rinaldo with the Lautten Compagney Berlin. He also interpreted this role shortly there after in a concertante performance at the Rheingau Festival.
He sang at the Stuttgart Music Podium as Orfeo in Gluck's Orfeo ed Euridice directed by Frieder Bernius. He made his debut at the Berlin State Opera in October 2011 in Last Desire, a work by the contemporary composer Lucia Ronchetti.
Further projects have included a revival of Mozart's La Clemenza di Tito in Schwetzingen as well as Hasse's Didone abbandonata in a concertante version at the Opéra Royale de Versailles with the Hofkapelle München. In addition, Valer Sabadus was returning to the Frankfurt Opera as Endimione in Francesco Cavalli's La Calisto. He guested at the Semperoper in Dresden in March 2012 for Giovanni Battista Martini's intermezzo La Dirindina.
At the end of 2012 the Concerto Köln (Cologne) under the musical direction of Diego Fasoli is planning a European opera tour with Leonardo Vinci's Artaserse, for which Sabadus has been engaged as Semira. In 2013 will follow the title role in Händel's Xerxes at the Deutsche Oper am Rhein. At the Festival d‘Aix en Provence, Valer Sabadus will make his debut as Menelao in F. Cavalli's rediscovered opera Elena.
Valer Sabadus is equally successful in his appearances as an oratorio and concert singer. For example, he has performed with Les Talents Lyriques under Christophe Rousset at the Alte Oper in Frankfurt and at the Utrecht Early Music Festival. He sang as soloist at the Cologne Philharmonie with the Pera Ensemble, at the Istanbul Festival and Schleswig- Holstein Festival and has also given solo concerts with the Hofkapelle München at the Cuvilliés Theatre and the Prince Regent Theatre.
Valer Sabadus has been a scholarship holder of the German National Academic Foundation since 2009.