The Way It Feels Maddie & Tae 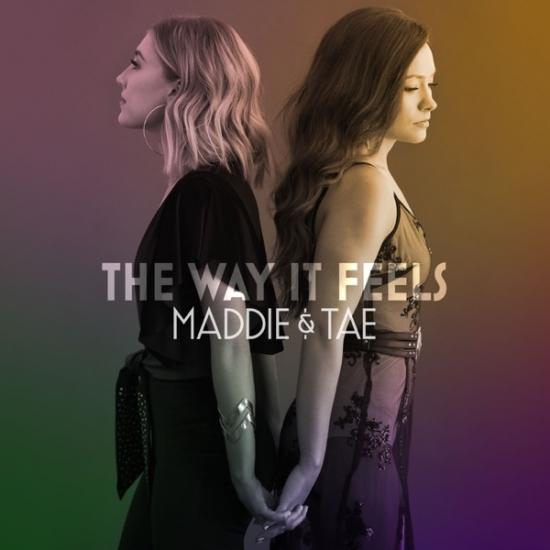 Info for The Way It Feels

Award-winning duo Maddie & Tae are drawing praise for their new music "anchored around their stellar vocal pairings and some of the tightest harmonies on Music Row" (Rolling Stone). Their platinum, top-charting hit "Girl In A Country Song" was an epic takedown of bro-country. They have toured with the likes of Brad Paisley and Carrie Underwood. On April 10th, Maddie & Tae will release new album, "The Way It Feels".
Featuring songs and stories from their previous two EPs shared last year, which helped propel the pair as the Best Streaming Female Country Duo of All Time with over 812 MILLION streams and earned instant critical applause for introducing "a more sophisticated side” (Associated Press), THE WAY IT FEELS is rounded out with five brand new tracks all co-written by Maddie & Tae, culminating in the duo’s winding journey of love, loss... and most importantly redemption.
Opening with the “feel-good” (Billboard) “Everywhere I’m Goin,” their boldly honest sophomore album balances the tumbling heartache of their current single “Die From A Broken Heart” and the "harmony-rich ballad” (Rolling Stone) “Lay Here With Me” feat. Dierks Bentley into all-consuming love of “Trying On Rings,” “My Man” and “Write A Book." Stand-out moments of strength include “One Heart To Another,” while some of their most raw moments are on in display in the delicate “Water In His Wine Glass.”
“It has been four years since we’ve released an album. For us, this is a lot more than just an album release,” Marlow shared. "This sophomore album will always be a reminder that no matter the setbacks and struggles, we will come out stronger and better. We are so proud of this 15 song story. We wrote these songs during the most vulnerable times and our hope is that people hear that and connect.”
Maddie & Tae
Produced by Jimmy Robbins and Derek Wells 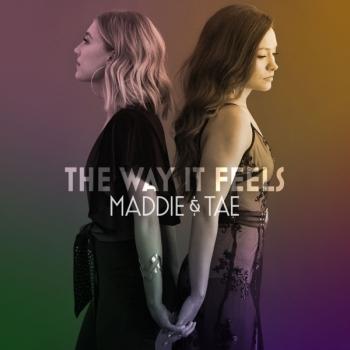 The Way It Feels 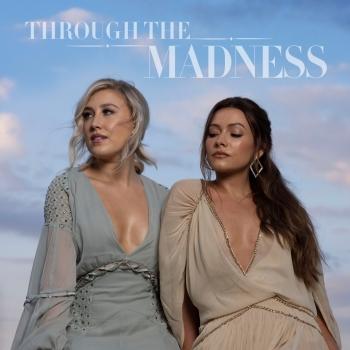 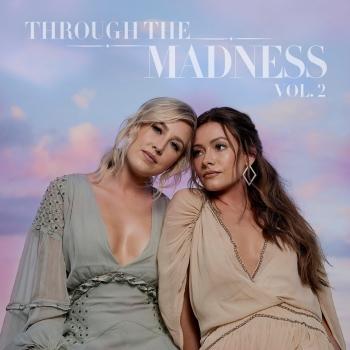 Through The Madness Vol. 2 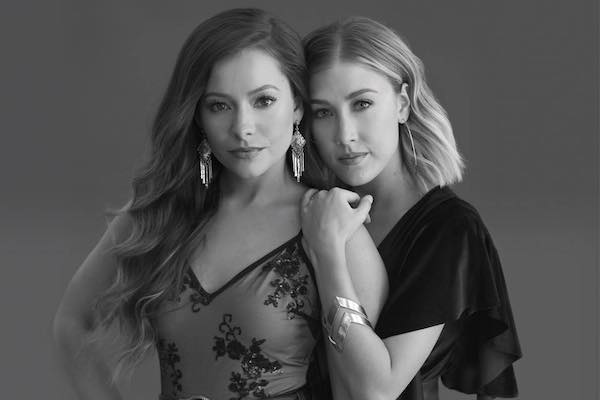 Maddie & Tae
boldly introduced their debut single “Girl In A Country Song” shortly after signing with Dot Records. Featured on their debut album START HERE, of which they penned each of the eleven tracks, the PLATINUM-certified breakout hit soared atop the Country radio charts and made them only the third female duo to peak their debut single at #1 in the history of the Billboard Country singles chart. The gender-flipping video garnered over 38 million views and scored the duo their first-ever award: CMA Video of the Year.
The pair, from Texas and Oklahoma, respectively, also swept the 2016 Radio Disney Music Awards, winning both Favorite Country Artist and Favorite Country Song for GOLD-certified “Fly.” They have previously been nominated for ACM, CMT and CMA Awards. Receiving critical acclaim from NPR, Entertainment Weekly, The Washington Post and Glamour, among others. Maddie & Tae have appeared on the Late Show with David Letterman, TODAY, The Tonight Show Starring Jimmy Fallon, Live! with Kelly and Michael and most recently on The Talk, where they performed a cleverly written tune about dealing with bullies called “Sierra.” Sharing their songs with fans on the road, Maddie & Tae conquered their first headlining START HERE TOUR last fall before joining Lee Brice’s LIFE OFF MY YEARS TOUR and most recently wrapping dates with Brad Paisley’s LIFE AMPLIFIED WORLD TOUR.