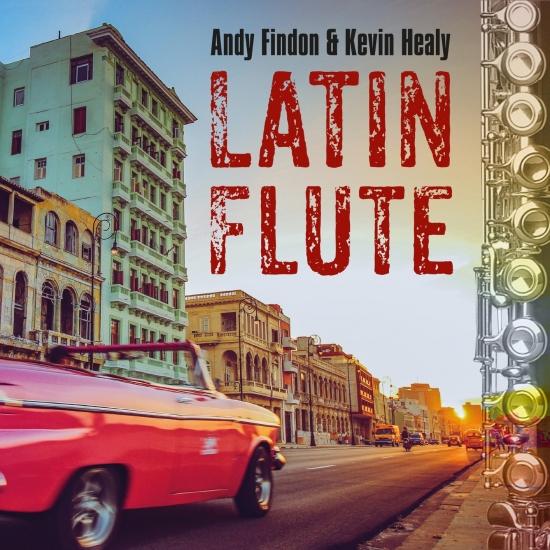 Andy Findon is Europe's most recorded flute player. In his thirty years as a London-based musician, he has appeared on countless albums, film ＆ TV scores. He is widely regarded as the definitive flute player in the fiercely competitive world of London's West End theaters, where he has been continually employed throughout his illustrious career, working closely on original scores for Andrew Lloyd Webber's productions among many others. He has been involved in just about every genre of performance from serious orchestral work and session recording to rock-bands and performance on a vast array of ethnic instruments. As well as his enviable reputation as a master performer on the flute, Andy has been Michael Nyman's baritone saxophonist since shortly after graduating London's Royal College of Music in 1976. His personal recording projects include 2 multi-tracked CDs and several solo pan-pipe albums as well as writing for many "library" tracks.
Andy Findon, flute
Kevin Healy, flute 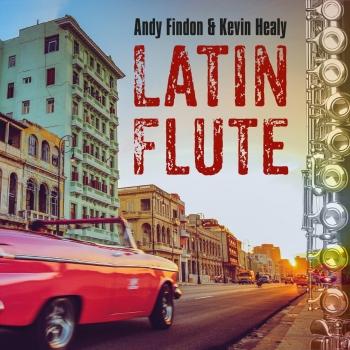 Andy Findon
is Europe's most recorded flute player who can be heard on countless movie and TV soundtracks, alongside albums for a long list of international artists. His own releases include groundbreaking and innovative premieres, including his own arrangements of work by composers such as Michael Nyman. Andy is the longest serving member of The Michael Nyman Band, playing baritone saxophone and flutes on Michael's soundtracks and concert tours since the early 1980's.
Other formative influences were gained working for well known British Dance Band leaders Joe Loss, Nat Temple, Eric Delaney and Sidney Lipton whilst and shortly after studying at the Royal College of Music, following membership (as principal flute) of The National Youth Orchestra. He was also a founder member of the Myrha Saxophone Quartet with John Harle in the late seventies.
Thus, although training originally as a classical flautist, these experiences led his career to diversify, covering almost every musical genre, duetting with Pat Metheny, playing with artists such as Stevie Wonder, Joni Mitchell, Tony Bennett, Cilla Black, The Beach Boys and Katherine Jenkins to name but 5 widely contrasting performers. Andy also appears regularly performing works by Karl Jenkins and other successful composers, such as Hans Zimmer, performing the solo Duduk in live performances of his Gladiator movie score. In 1998 Andy performed tin whistle live in the interval act at the Eurovision Song Contest in Birmingham and was Mike Oldfield's recorder player (in Dulci Jubilo) at the 2012 Olympics Opening Ceremony.
Among many appearances in London's West End theatre, he has worked on shows and projects for Sir Andrew Lloyd Webber, notably featuring on The Beautiful Game, Bombay Dreams (by Indian composer A.R Rahman) and recording Sir Andrew's "Variations" theme tune for The South Bank Show alongside his brother, Julian. Andy played on the movie soundtracks of musicals, including Phantom Of The Opera, Sweeney Todd, Cats, Evita and Mama Mia. He appeared on the 25th anniversary DVD performances of Sir Cameron Mackintosh's Les Miserables and the 2009 DVD of Chess at The Royal Albert Hall. He is in the iconic, award winning (BBC Radio 2 Best Live Act 2012) "folk-rock" band The Home Service, the legendary "medieval prog-rock" band Gryphon and plays regularly with the major London Symphony orchestras as well as chamber orchestras and groups across the capitol. He is a close collaborator with pianist/composer Geoff Eales and is pioneering Geoff's significant flute repertoire with the album "The Dancing Flute".
Andy is also known as London's foremost "ethnic" instrumentalist, performing on a kaleidoscopic array of unusual woodwind instruments, alongside the more common instruments of the flute, saxophone and clarinet families. He has contributed extensively to the “Spitfire” sample library with work on both orchestral and ethnic instruments, including the release of the “Andy's Kitbag” series. As a composer, he has produced and performed hundreds of music "library" tracks which are played across the media regularly.
Andy is a "Pearl Flutes International Artist" and the proud owner of the platinum flute built for Geoffrey Gilbert in 1950 by Charles Morley.