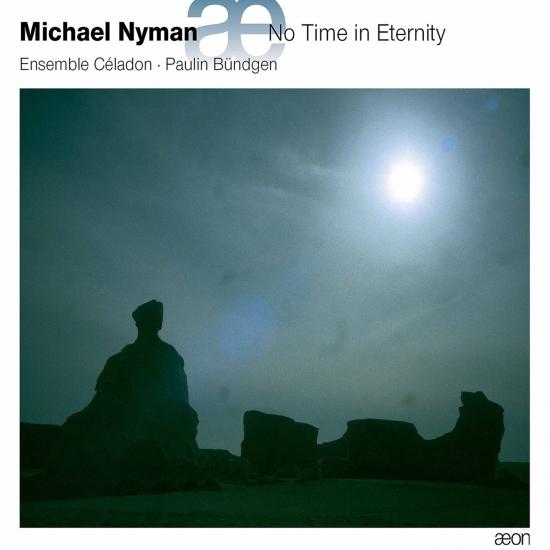 Info for No Time in Eternity

In September 2014, following my request for a meeting, Michael Nyman received me at his London home to discuss the project. He was immediately convinced by this adventure and even offered a few ideas. The outcome of this encounter was total when, after a half-hour’s discussion, he enthusiastically agreed to compose a work for my voice and the viols of the Céladon ensemble. On texts by the Elizabethan poet Robert Herrick, No Time in Eternity provides the title of the programme and became the cornerstone.
The short metaphysical poems we have chosen, numbering seven, follow each other in the piece without interruption. Their subjects are music, beauty, luck, and, generally speaking, the place of Man in the world and the vacuity of his existence. The melodic line, subtle and ethereal, sits delicately on a rich carpet of viols from which a few phrases burst forth, entering into a dialogue with the voice. To my mind, the melancholic, dreamy character of this work, its radiant, blooming melody, as well as its highly symbolic meaning make it the project’s most moving piece. …
Paulin Bündgen, countertenor
Ensemble Celadon 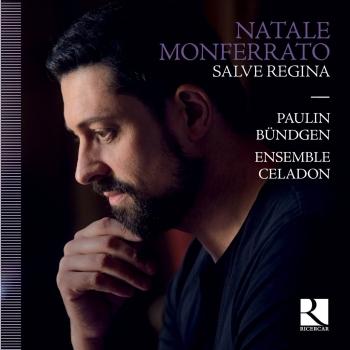 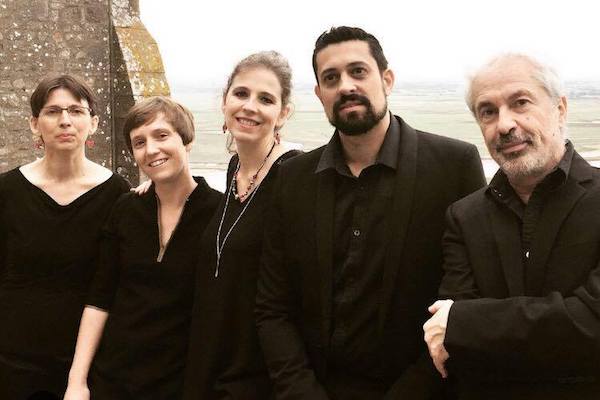 The Céladon ensemble
Taking its name from the hero of Honoré d’Urfé’s Astrée, the Céladon ensemble explores the early music repertoire with charm and fantasy, striving to reinvent the form of its concerts at each appearance. Led by countertenor Paulin Bündgen, Céladon seeks to avoid the beaten tracks and enjoys surveying the repertoire linked with the countertenor timbre, between mediaeval, renaissance and baroque music. The ensemble is a regular guest of festivals and concert seasons, recognised for the quality of its interpretations and profoundly human relations with the audience.
The Céladon ensemble has made six recordings : Soledad tenguo de ti, music of the Portuguese Renaissance (Arion, 2006), Maurizio Cazzati’s Absalone ed altre cantate (Arion, 2007), John Coprario’s Funeral Teares (Zig-Zag Territoires, 2009), and Deo Gratias Anglia (Aeon, 2012), Nuits Occitanes (Ricercar, 2014), The love songs of Jehan de Lescurel (Ricercar, 2016). The year 2016 has been the occasion of the creation of No Time in Eternity, a collaboration of the Ensemble with the famous british composer, Michael Nyman.
Paulin Bündgen
Countertenor Paulin Bündgen sings in France and in Europe, with the ensembles Doulce Mémoire, Akadêmia, Clématis, le Concert de l'Hostel-Dieu, Vox Luminis, Elyma, le Concert Spirituel, les Traversées Baroques... He founded his own group in 1999, l'ensemble Céladon, whom with he regularly sings in France and abroad.
In opera, Paulin Bündgen has sung the parts of Pastore in Monteverdi's Orfeo, Mercurio in Landi's La Morte d'Orfeo, Cirilla in Cavalli's Gli Amori di Dafne e Appollo, Endimione in Cavalli's la Calisto, Ottone in l’Incoronazione di Poppea by Monteverdi (in the prestigious Opera Houses of Versailles, le Châtelet, la Cité de la Musique, Royal Opera House in Namur, Teatro Arriaga in Bilbao, London's English National Opera...). He has sang under the direction of conductors Gabriel Garrido, Paul Agnew, Jean Tubéry, Jérôme Corréas, Leonardo Garcia-Alarcón, Françoise Lasserre, Hervé Niquet...
His curiosity drove him to sing in Sidi Larbi Cherkaoui's dance-show Mea Culpa, with Turkish musician Kudsi Erguner or beside folk singer Kyrie Kristmanson. He is also very keen on contemporary music and has performed works (including first performances) by Jacopo Baboni-Schilingi, Pierre-Adrien Charpy, Régis Campo, Pierre Bartholomée... He worked in close collaboration with the composer Jean-Philippe Goude and recorded the album Aux Solitudes with him. He also is the author of the album of electronic music Étrange Septembre, published in 2007.
The world famous composer Michael Nyman wrote No Time in Eternity for him and l'ensemble Céladon in 2016.
He recorded more than thirty CDs, covering a wide repertoire going from medieval songs to contemporary music.

Booklet for No Time in Eternity