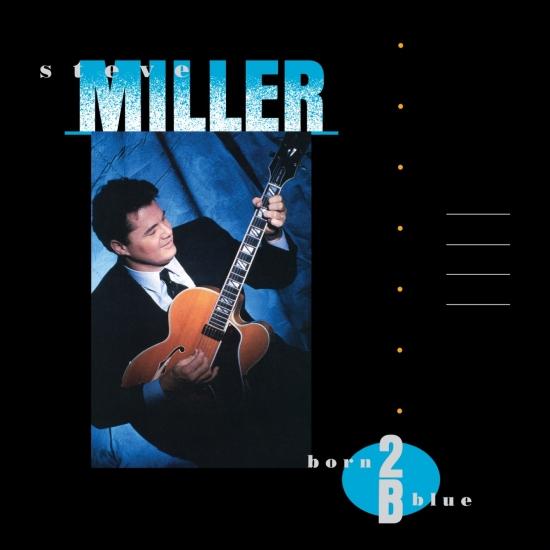 Info for Born 2B Blue (Remastered)

In 1987, Steve Miller was virtually retired, living in Seattle, cruising the ocean on his yacht. Yet he owed Capitol Records one more album and so we decided to record a lot of the jazz and blues songs he loved as a sophisticated way to say "goodbye" to his fans and pals at the label. In the end, this record became a gourmet item in his Capitol catalog, but it got him back on the road and, more than twenty years later, he's still out there, one of the longest "goodbyes" ever,.
"Disregard the fact that the "space" in Steve Miller's "space blues" was a large part of why he had his own distinctive musical identity, because if you're going into 1988's Born 2B Blue looking for a return to his trademark space blues, or even a revitalization of his roots, you'll be sorely disappointed. In fact, this isn't even a blues album -- it's a jazz album, pitched halfway between soul-jazz and smooth jazz. He's able to draft such heavy-hitters as Phil Woods and Milt Jackson for guest spots, and his taste in material is quite nice, balancing the overly familiar ("Willow Weep for Me," "God Bless the Child") with relatively obscure R&B cuts ("Ya Ya," "Mary Ann") and selections that demonstrate that he's a genuine fan, such as Horace Silver's "Filthy McNasty." Now, does all this make Born 2B Blue a worthwhile genre exercise? Well, in a sense, it does, since Miller is passionate as he can be, turning in charmingly laid-back performances that may not be noteworthy, but are pleasant as can be. So, it winds up being something that's modestly impressive and enjoyable as it's playing, but no matter what its virtues are, it's more noteworthy for what it is than what it gives." (Stephen Thomas Erlewine, AMG)
Steve Miller, guitar, vocals
Billy Peterson, bass
Ben Sidran, keyboards
Gordy Knudtson, drums
Additional musicians:
Milt Jackson, vibraphone
Phil Woods, alto saxophone
Bobby Malach, tenor saxophone
Bruce Paulson, trombone

Living In The 20th Century (Remastered)

Children Of The Future (Remastered)