Take Me To Tomorrow John Denver 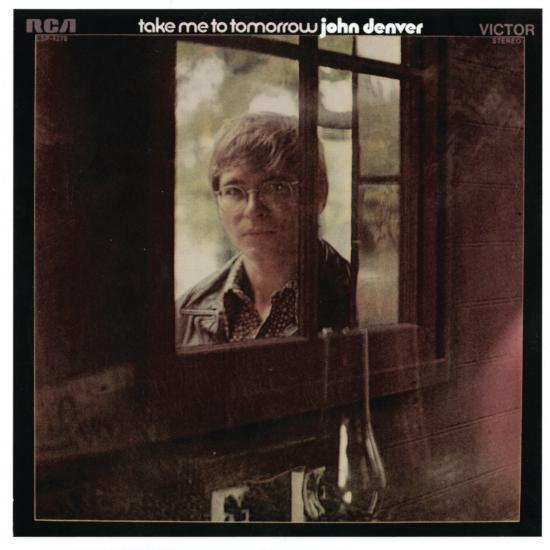 Info for Take Me To Tomorrow

„Take Me to Tomorrow will come as a surprise to anyone expecting the pretty folk music and 'listen to the wisdom of the children' lyrics usually associated with John Denver. The album, with its comparatively heavy folk-rock sound married to lyrics that mention belching and latrines, strives for the realism and capital 'I' importance of Paul Simon, or even Phil Ochs, without the blatant politics. Denver tackles two Tom Paxton songs, including 'Forest Lawn,' a wry swipe at the cemetery business that echoes Evelyn Waugh's classic novel The Loved One. Pretty folk isn't entirely absent -- 'Aspenglow' is the cut that is usually included on anthologies. According to the liner notes, Take Me to Tomorrow and Denver's solo debut, Rhymes & Reasons, combine to replicate his concert performance circa 1969, with Rhymes & Reasons comprising the lighter first-half of the show, and Take Me to Tomorrow the more rousing and cerebral second-half. Viewed from that perspective, the album accomplishes its goal, but it is not a typical John Denver album and will not be to every fan's liking.“ (Greg Adams, AMG)
John Denver, guitar, vocals
Stan Free, keyboards
Paul Prestopino, guitar, autoharp
Paul Griffin, keyboards
George Marge, horn
Marvin Stamm, trumpet
Denny Seiwell, drums
Herb Lovelle, drums
Joe Macho, bass
Russ Savakus, bass
Recorded in RCA's Studio C, New York City
Engineered by Jim Crotty
Produced by Milton Okun
Digitally remastered