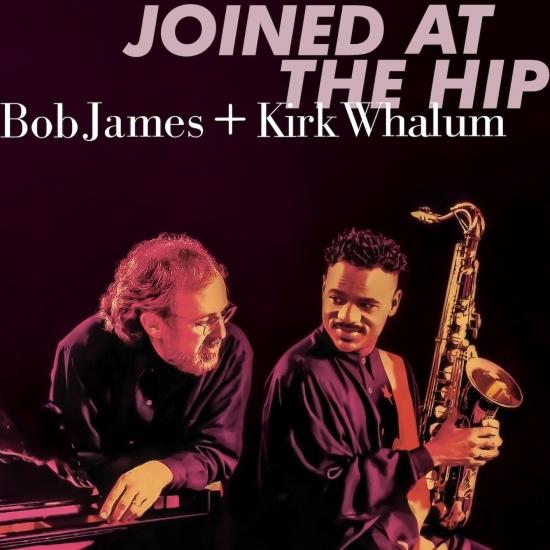 Info for Joined At The Hip (2019 Remastered)

Acclaimed album "Joined At The Hip" from contemporary jazz icons Bob James & Kirk Whalum newly remastered.
An undisputed doyen of contemporary jazz, piano maestro Bob James has enjoyed a long and storied career that has produced many fine musical moments along the way. Though as a supporting artist he's appeared on significant recordings by some of the greatest musicians in the history of popular music - everyone from Chet Baker and Paul Simon to Aretha Franklin and Roberta Flack - it was his own solo albums from the 1970s onwards that truly brought him fame.
But the records that have taken him to an even wider audience have been his collaborations. He's won Grammy awards for his shared projects with Earl Klugh (One On One) and David Sanborn (Double Vision) and in 1996 was nominated again together with tenor saxophonist Kirk Whalum for their joint album, Joined At The Hip. Though ultimately it didn't triumph at the Grammies, it peaked at No. 10 in Billboard's jazz albums chart and has been a musical touchstone in both musicians' careers. Having said that, it's something of an underappreciated gem in their respective catalogues but now gets a chance to shine again via a new remastered reissue by the evosound label in 24bit FLAC and MQA, coinciding with James and Whalum's upcoming Joined At The Hip tour of Japan.
"Looking back on the highlights of my career, it’s become more and more clear to me how much I love collaborations," says James, now 79, who first came across Whalum 35 years ago in 1984 at a concert in Texas. The pianist was impressed by the then unsigned saxophonist and invited him to play on his album, 12. By the time that they recorded Joined At The Hip together, Whalum had five albums under his belt and was an established saxophone star of the smooth jazz scene.
As Joined At The Hip vividly shows, James and Whalum possess a unique creative chemistry when they play together but they were enhanced by what the saxophonist described as "an incredibly magical cast that Bob had assembled": guitarist Jeff Golub, bassist Chris Walker and drummer Billy Kilson, who, according to James, "weren’t just playing parts, they were creating a vibe by injecting their own personalities into the music." The cohesion and togetherness of the musicians coupled with their flair and tastefulness certainly is part of Joined At The Hip's enduring appeal but the compositions as well as the performances are strong and memorable, too: ranging from Whalum's evocative and deeply moving songs 'Soweto' and 'The Prayer' - "I wrote them just after witnessing a baptism ceremony of a Zulu Christian church on the beach in Durban, South Africa," he says - to lighter, less reflective pieces in the shape of James' 'Kickin' Back' and the playful, bluesy 'Tour De Fourths.'
These original tunes are augmented by two striking covers: Donny Hathaway's 'The Ghetto' (mixed by Bob Power) and Maria Muldaur's 'Midnight At The Oasis,' both hits in the 1970s. "I loved these choices, both of which, in my memory, came from Kirk," reveals James. "We made it a family affair by having his brother Kevin and my daughter Hilary sing the duet on ’Midnight at the Oasis.’ Their blend was so cool!"
23 years on, Joined At The Hip still sounds fresh and relevant, capturing two master musicians at the peak of their powers. "It was an enchanting experience," says Whalum, reflecting back on the session. His sentiments are echoed by Bob James. "I still listen to it often. It’s a big fave in my collection," he says.
Bob James, piano
Kirk Whalum, saxophone
Will Patrick, guitar
Chris Walker, bass
Billy Kilson, drums
Digitally remastered 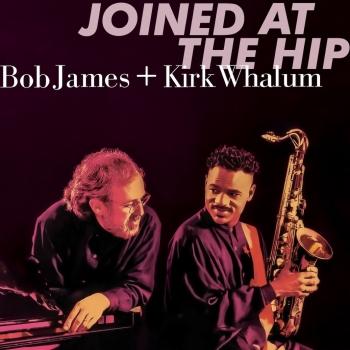 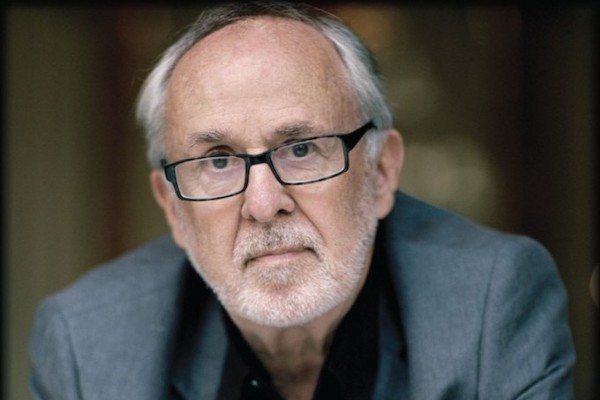 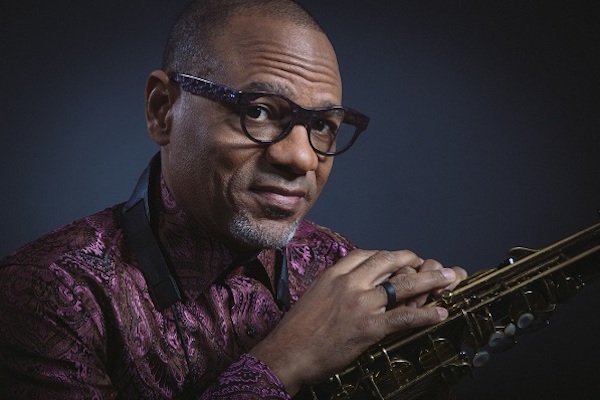