How Do I Find You Sasha Cooke & Kirill Kuzmin 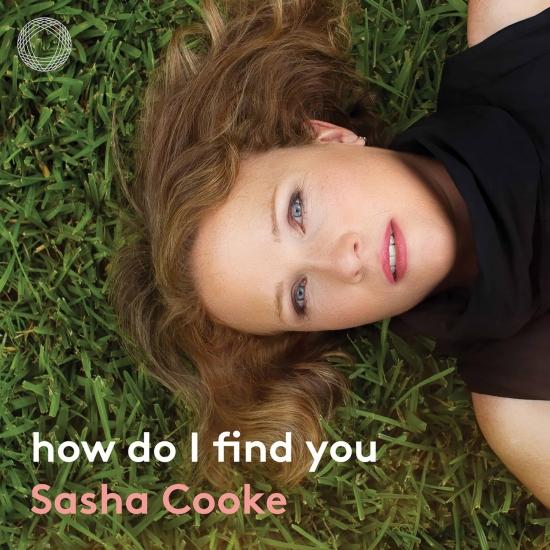 Info for How Do I Find You

"how do I find you" is a collection of words and music created in 2020, portraying the gamut of human experiences during the ongoing pandemic in January 2022. Acclaimed American mezzo-soprano Sasha Cooke commissioned gifted composers in their 40s and younger, offering them carte blanche to create what spoke most to them during this time. The result is an album that pulses with immediacy and authenticity.
“When cancellation after cancellation was coming in, I felt an utter loss of identity,” said Sasha Cooke. “This project provided me with a sense of purpose and hope – a way to orient myself through the haze of so much change and uncertainty. From the moment I called the first composer, it felt as if a light suddenly shone and a piece of myself was returned to me.”
Some of the pieces are earnest, wrestling with societal challenges from racial injustice and school shootings to California wildfires. Others are abstract or wryly humorous, told through the lens of harried parents working from home, or tackling that most urgent (tongue-firmly-in-cheek) quarantine quandary: whether to order a Peloton bike. The juxtaposition of these varied works is an apt reflection of the ways in which the pandemic has required humanity to toggle between existential threats and daily life.
The songs will receive their world premiere performances in Cooke’s one-night-only Great Performers Series recital with pianist Kirill Kuzmin, who is also featured on the album, at San Francisco Symphony in Davies Symphony Hall on January 30, 2022. Cooke and Kuzmin will re-team in Baltimore for the works’ East Coast premieres on March 6, 2022, at Shriver Hall Concert Series on the Johns Hopkins University Homewood campus.
“A song recital by the luminous American mezzo-soprano Sasha Cooke is always an event.” (Opera News)
Sasha Cooke, mezzo-soprano
Kirill Kuzmin, piano 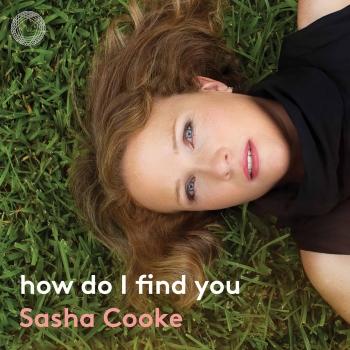 How Do I Find You 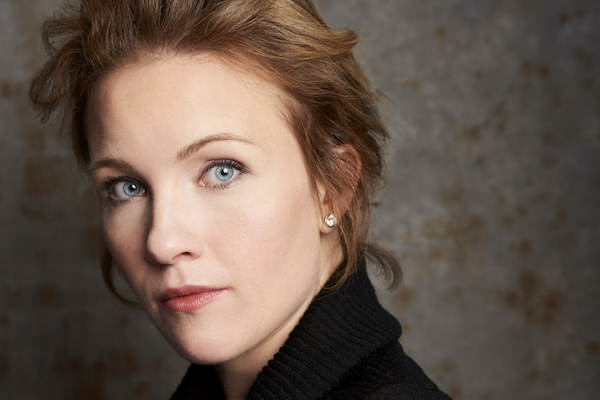 Sasha Cooke
Two-time Grammy Award-winning mezzo-soprano Sasha Cooke has been called a “luminous standout” by the New York Times and “equal parts poise, radiance and elegant directness” by Opera News. Ms. Cooke has sung at the Metropolitan Opera, San Francisco Opera, English National Opera, Seattle Opera, Opéra National de Bordeaux, and Gran Teatre del Liceu, among others, and with over 70 symphony orchestras worldwide frequently in the works of Mahler.
In the 2021-2022 season, Ms. Cooke returns to the Metropolitan Opera for her role debut as Cherubino in Le nozze di Figaro, under the baton of Yannick Nézet-Séguin. On the concert stage, she joins the Boston Symphony Orchestra first for performances of Janáček’s Glagolitic Mass, conducted by Jakub Hrůša, and then again as Margret in Wozzeck, both in Boston and on tour at Carnegie Hall under the baton of Andris Nelsons. She also joins the Minnesota Orchestra for Mahler’s Lieder eines fahrenden Gesellen and subsequently for Mahler’s Symphony No. 8, the latter conducted by Osmo Vänskä. Additionally, she performs Michael Tilson Thomas’ Meditations on Rilke with the Los Angeles Philharmonic, conducted by the composer, scenes from Nadia Boulanger’s Faust et Hélène with the Houston Symphony, led by Fabien Gabel, Berlioz’s Les nuits d’été with the Netherlands Radio Philharmonic Orchestra, led by Karina Canellakis, Beethoven’s Symphony No. 9 with the Detroit Symphony Orchestra, Mahler’s Symphony No. 2 Resurrection with the Oregon Symphony, Jake Heggie’s The Work at Hand and Elgar’s Sea Pictures with the St. Louis Symphony Orchestra, led by Gemma New, Mahler’s Lieder eines fahrenden Gesellen with the New World Symphony, and a holiday concert with the Wheeling Symphony Orchestra. Finally, she gives a solo recital alongside pianist Myra Huang at the Tucson Desert Song Festival where she premieres a new work by Jennifer Higdon.
The coming season also marks the release of Ms. Cooke’s new CD, entitled how do I find you, on the Pentatone label. The recording, which features 17 newly written songs by Caroline Shaw, Nico Muhly, Missy Mazzoli, Jimmy Lopez and others, is intended as a tribute to both the struggles and hopes of artists that have been wrought by the pandemic. Ms. Cooke will perform the world premiere with pianist Kirill Kuzmin on January 30th, 2022, as part of the San Francisco Symphony’s Great Performers Series, before giving subsequent recitals at the Shriver Hall Concert Series and elsewhere.
In the 2020-2021 season, Ms. Cooke sang a solo recital at Houston Grand Opera with pianist Kirill Kuzmin, performed Mahler’s Lieder eines fahrenden Gesellen with Vasily Petrenko and the Netherlands Radio Philharmonic Orchestra, and joined the Cincinnati May Festival for a performance of Copland’s Eight Poems of Emily Dickinson. She also made her debut at Bard SummerScape as Genièvre in Chausson’s Le roi Arthus, sang Jan Arnold in a new recording of Joby Talbot’s Everest with Opera Parallèle, and returned to Dallas Opera for a Pops Concert. Previously scheduled engagements included appearances at the Metropolitan Opera as Hansel in Hansel and Gretel, at Dallas Opera as Sylvie in the world premiere of Talbot’s The Diving Bell and the Butterfly, and at San Francisco Opera as Offred in Poul Ruder’s The Handmaid’s Tale. Concert performances were to include Bach’s Mass in B minor with the Orchestre National de France under the direction of Trevor Pinnock, Mahler’s Symphony No. 3 with the Minnesota Orchestra and music director Osmo Vänskä, Missa Solemnis with Michael Tilson Thomas and the San Francisco Symphony and a duo recital tour alongside soprano Susanna Phillips.
As a dedicated recitalist, Ms. Cooke was presented by Young Concert Artists in her widely acclaimed New York and Washington debuts at Carnegie’s Zankel Hall and the Kennedy Center. She has also appeared in recital at Alice Tully Hall, The Wigmore Hall, the Kennedy Center and the 92nd St Y. Her recordings can be found on the Hyperion, BIS, Chandos, Pentatone, Naxos, Bridge Records, Yarlung, GPR Records and Sono Luminus labels. Most recently she appears on recordings including Intonations: Songs from the Violins of Hope by Jake Heggie and Gene Scheer on Pentatone, Michael Tilson Thomas’ Meditations on Rilke with the San Francisco Symphony with won the 2021 Grammy Award for Best Classical Compendium, L’enfance du Christ with Sir Andrew Davis and the Melbourne Symphony on Chandos, Bates’ The (R)evolution of Steve Jobs on Pentatone which won the 2019 Grammy Award for Best Opera Recording, Mahler’s 2nd Symphony with Osmo Vänskä and the Minnesota Orchestra on BIS and Sasha Cooke LIVE a collection of her performances from the Music@Menlo chamber music festival released on their label.
A graduate of Rice University and The Juilliard School, Sasha Cooke also attended the Music Academy of the West, the Aspen Music Festival, the Ravinia Festival’s Steans Music Institute, the Wolf Trap Foundation, the Marlboro Music Festival, the Metropolitan Opera’s Lindemann Young Artist Development Program, and Seattle Opera and Central City Opera’s Young Artist Training Programs. Ms. Cooke has given masterclasses throughout the United States and Canada. She lives near Houston, TX with daughters Evelyn and Julia and husband baritone Kelly Markgraf.

Booklet for How Do I Find You