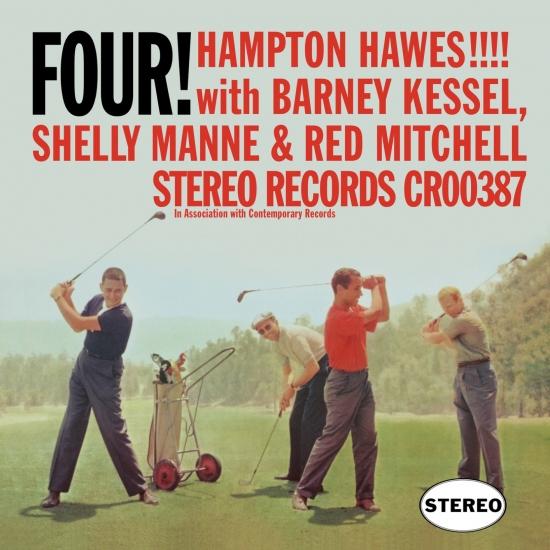 This release presents all of Barney Kessel and Hampton Hawes recorded small groups collaborations without horns. This includes the classic quartet album "Four!" in its entirety. Four! highlights the timeless talents of Hampton Hawes (Piano), Barney Kessel (Guitar), Shelly Manne (Drums) & Red Mitchell (Bass). First released in 1958 and recorded by legendary engineer Roy DuNann this new edition features ALL-ANALOG mastering from the original analog tapes by Bernie Grundman.
Hawes' career broke down shortly afterwards when sentenced to 10 years in a federal prison hospital, though he was famously pardoned five years later by President J.F. Kennedy.
Pianist Hampton Hawes' 1950s recordings for the Contemporary label are at such a high level that they could all be given five stars. This outing with bassist Red Mitchell, drummer Shelly Manne, and guitarist Barney Kessel (who is a slight wild card) is also quite successful. Two previously unreleased numbers ("Thou Swell" and "The Awful Truth") have been added to the reissue. Highlights of the exciting bop date include "Yardbird Suite," "There Will Never Be Another You," and "Love Is Just Around the Corner." (Scott Yanow, AMG)
Hampton Hawes, piano
Barney Kessel, guitar
Red Mitchell, double bass
Shelly Manne, drums
Produced by Lester Koenig
Digitally remastered by Bernie Grundman 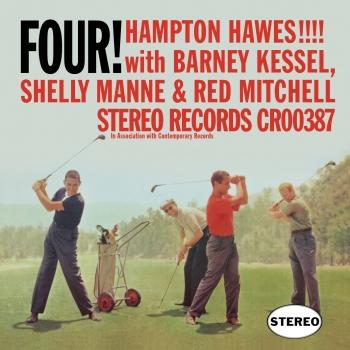 Hampton Hawes
One of the best of the hard bop piano players in the West Coast jazz scene, Hampton Hawes made a splash with a series of impressive trio records cut during the latter half of the '50s. Hawes sprung from Bud Powell's bebop innovations and soon showed equal panache with both brisk swingers and romantic ballads. After coming up though Los Angeles bands led by Shorty Rogers and Howard McGhee and playing with other West Coast bebop stars like Sonny Criss, Dexter Gordon, and Wardell Gray, Hawes hooked up with bassist Red Mitchell and drummer Chuck Thompson for several fresh and accomplished titles on the Contemporary label. This early release from 1955 finds the trio coming up with their usual mix of originals and standards. Highlights include fine readings of "Stella by Starlight" and "You and the Night and the Music," as well a breakneck cover of Charlie Parker's "Steeplechase." Hawes shows off some writing muscle on his "Blues for Jacque," while Mitchell and Thompson come up with the album closer "Section Blues." Topped off with entertaining and informative liner notes by Ralph Gleason, this Hampton Hawes date would certainly make good company for any other top jazz piano trio records in your collection.