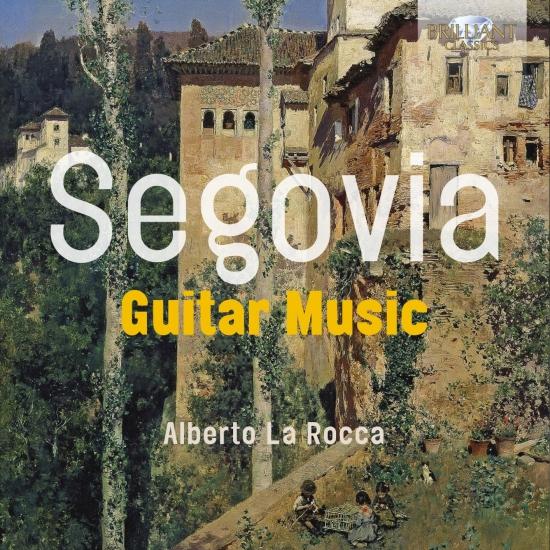 Andres Segovia is without doubt one of the most important guitarists of the 20th century. He helped to bring the guitar to the concert hall, giving it equal status of instruments like the piano or the violin; he also enriched the 20th century guitar repertoire, commissioning and receiving works by many composers of his time. He has influenced generations of guitarists to date. Despite his fame as a performer his work as a composer has been largely ignored. Segovia was the author of a substantial number of compositions (nearly fifty) of high musical quality, most of which are actually true masterpieces just waiting to be discovered and enter the guitar repertoire. Segovias works are poetic, lyrical and introspective. His inspiration came from fellow Spanish composers like Ponce and MorenoTorroba, but there are also echos of 19th century masters like Tarrega and Llobet, the background always being the rich Spanish folklore and popular culture. Beautifully played by Alberto la Rocca, clearly a labour of love and respect, a homage to one of the great masters of the guitar.
Alberto La Rocca, guitar 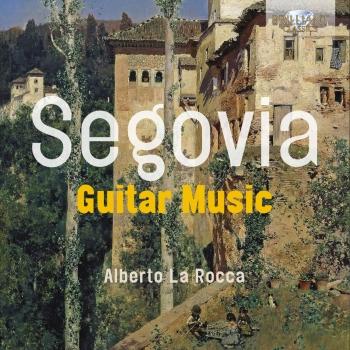 Alberto La Rocca
was born in Thiene in 1967. He graduated in guitar from the "F. E. Dall'Abaco" Conservatory in Verona under the direction of Giancarlo Rado. He attended courses held by Angelo Gilardino, Stefano Grondona, Michele Calgaro, Ruggero Chiesa and Leo Brouwer. As regards the creative approach to music he has attended courses with Meredith Monk, John Paynter and Roberto Dani. In 1994 he graduated with the highest honours in Disciplines of Art, Music and Performing Arts (DAMS) at the University of Bologna with a degree dissertation on guitar creative teaching.
He won several international competitions as for interpretation.
He gives concerts in Italy and abroad (in the Netherlands, France, Germany, Croatia, Hungary), both as a soloist and in various ensembles, including the Miroirs duo and Tampalini/La Rocca (two guitars) , The Musicaedro (eight guitars), the duos Dal Bianco /La Rocca and Guglielmi / La Rocca (flute and guitar), the trio Le temps retrouvé (flute, viola and guitar), the Breganze Plectrum Orchestra, the guitar quartets Concordia and Harmonious Blacksmiths.
He has composed the music for some ﻿﻿collective performances, choreography ﻿﻿and openings of artistic events, collaborating among others with ﻿﻿Patricia Zanco and Mauro Lazzaretti (actors), Giuliano Francesconi (photographer), Massimo Ballardin and Oreste Sabadin (painters), Chiara Bortoli e Lucy Briaschi (dancers), Igor Brunello (writer) e La Zonta (acting company). ﻿﻿
He has recorded for record labels Velut Luna, Blowoutstudio and GuitArt.
He concerns himself with music education and has composed several pieces of educational character for teaching guitar and piano, including the method “CON LA CHITARRA" and “L’ALTRA CHITARRA" (Ed. Santabarbara). He has collaborated with the Musical Education Italian Society (S.I.E.M.) and has published some articles on music teaching in the magazines "Il Fronimo" (n. 90) and "Musica Domani" (n. 97).
He has taught guitar in various Music Schools, the "G. Tartini" Conservatory in Trieste and the "G. P. Palestrina“ Conservatory in Cagliari.