You and me Peter Autschbach 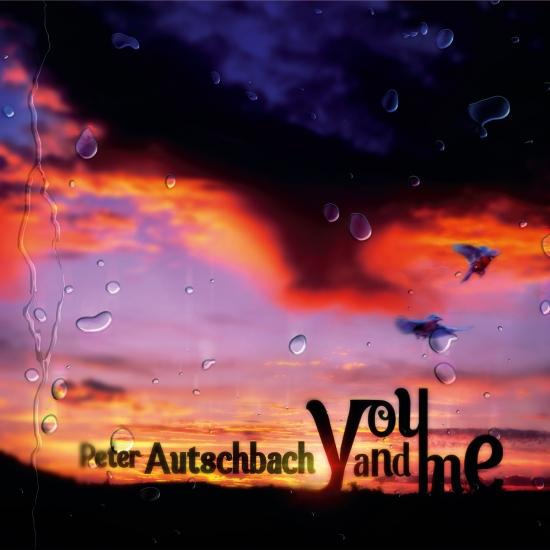 Info for You and me

Peter: 'My new album was recorded entirely without overdubs. You hear 'only' one guitar at a time here, which makes this CD an intimate musical statement. The 13 titles of the CD are all calm acoustic guitar pieces; what they have in common is the beautiful sound of my Striebel guitars, harmonic variety - which is very important to me - and the emotional depth of the music.
Alongside five compositions of my own, there are many interpretations of well-known ballads in the typical Autschbach style (including those of the Beatles, Eric Clapton and Elton John). Encouraged by many statements at my solo concerts, I can also be heard on my new album as a singer in the well-known songs 'Suitcase Blues', 'Over The Rainbow' and 'You’ve Got A Friend'. My re-harmonisations of the two last-named pieces have resulted in many requests on YouTube for sheet music/tabs for playing. Transcriptions were then made, already a very popular topic at several of my workshops. I am especially delighted and proud of the precise reproduction of my playing on the recording of 'You And Me' and grateful for the support by the fantastic singer Samira Saygili, who lives in Istanbul, in two songs ('Quiet Now' and 'Your Song'). I like accompanying Samira very much because she sings wonderfully, listens well and is very amusing.'
Peter Autschbach, a true guru of the six-string scene for years, has achieved an outstanding reputation with his own compositions – which can be heard on nine CDs fulsomely praised by critics and audiences alike. The extremely successful teaching book author and workshop instructor presents practical, lived musicality on his solo programme 'You And Me“ in a very charming way. Both his compositions and his interpretations of well-known pieces show a cultivated profile and full-bodied musical language. This music is arranged in a complex manner, full of unexpected turns of phrase with a pulsating groove. With elegant soloistic phrasing and fascinating dynamics, chords and melodies melt into guitar pieces of a highly pictorial, vivid radiance. Alongside his soloistic activites, Peter Autschbach is also celebrating great success as part of a guitar duo with Ralf Illenberger, who lives in Arizona; their joint album 'No Boundaries' was released in 2012. The two guitarists are now working on their second CD 'One Mind', the publication of which is planned for autumn 2014. Recently, Peter Autschbach has also been accompanying Martin Kolbe, formerly of the Kolbe/Illenberger Duo, with emphasis concentrating on his fascinating voice in his new, rock-influenced acoustic songs. With Kolbe, Peter Autschbach recorded the latter's comeback album 'Songs from the Inside' in February 2014.
Peter Autschbach, guitars, vocals
Samira Saygili, vocals

Booklet for You and me