After Comes the Dark Green Diesel 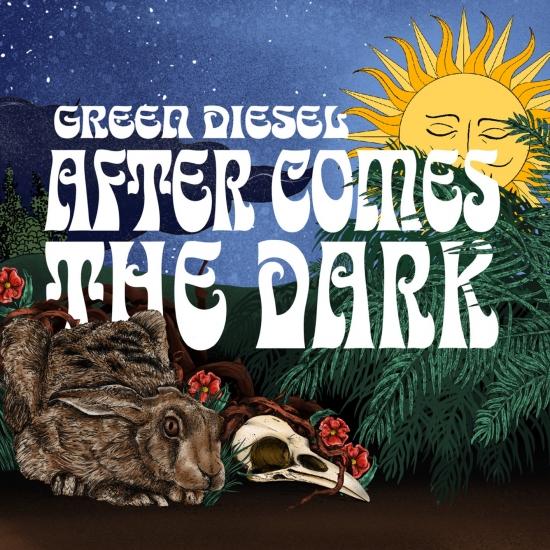 Info for After Comes the Dark

After Comes The Dark - the long-awaited fourth album from Kent-based folk rock band Green Diesel is set for release on 16th July. The album was recorded during 2020 at Squarehead Studios in Sittingbourne and is the first to feature the band’s new five-person line-up. The album also marks the debut of drummer, Paul Dadswell, from Kentish acid-folk band Galley Beggar.
The current formulation of the band has enabled Green Diesel to explore new sounds and new directions. A noteworthy feature, and a distinct departure from previous albums, is that every single band member has written at least one song on the album. The result is an album of stunning folk rock with an inventive twist and innovative use of their studio surroundings.
Guitarist, vocalist and multi-instrumentalist. Greg Ireland, comments: “After Comes The Dark is a kind of ‘folk in technicolor’. We used the studio to experiment with different sound textures and extra layers of vocal harmonies and you can hear that we’ve been inspired by more psychedelic sounds, too. There are plenty of prog rock and ‘Canterbury Sound’ influences in there.
“The record is still very definitely a ‘folk’ album though. The major themes we explore are cycles, rebirth, the natural world and folklore. As each of us in the band grow older, the concept of the passing of time is apparent through many of the songs.”
As the band were preparing and arranging the songs, bands like Caravan and Genesis proved major influences – allowing Green Diesel to take a more experimental approach compared to past albums, exploring different time signatures and different musical structures. The twelve-string guitar features prominently on the album with suitably breath-taking results. The band were able to make full use of the fantastic array of keyboards available to them at Squarehead Studios.
After Comes The Dark was produced by Rob Wilks whose previous work has included includes Smoke Fairies (as producer), along with Foals and Lianne La Havas (as engineer).
Hailing from Faversham in Kent, folk-rock band Green Diesel first emerged in 2009 and take their inspiration from the depths of English folk lore and legend and the classic folk rock sound of their predecessors Fairport Convention and The Albion Band. Blending violin, mandolin, dulcimer and accordion with electric guitars and drums, Green Diesel's sound is born from a love of traditional English music and a desire to bring it to a modern audience.
The band's three albums, 2012's 'Now Is The Time', 2014's 'Wayfarers All' and 2017's 'The Hangman's Fee' have won praise from critics and fans alike for the quality of songwriting and musicianship while the band have appeared at the likes of Beverley Folk Festival, Charmouth Folk Festival, Broadstairs Folk Week and the Kelburn Garden Party. They have shared stages with the likes of Gilmore & Roberts, Spiers & Boden and Fotheringay.
The band's fourth album 'After Comes The Dark' will be at last be released (after being delayed by the Covid 19 pandemic). The first to feature new drummer Paul Dadswell this record features a major development of the band's sound with progressive and psychedelic elements coming to the forefront, alongside the band's signature take on folk song and folklore. Folk in technicolor, echoing both 1867 and 1967.
Ellen Care, violin, lead vocals
Paul Dadswell, drums, vocals, keyboards
Matthew Dear, lead guitar, vocals
Ben Holliday, bass, guitar
Greg Ireland, guitar, mandolin, dulcimer, bouzouki, harmonium, vocals
Guest:
Chris Care, concertina (track 3) 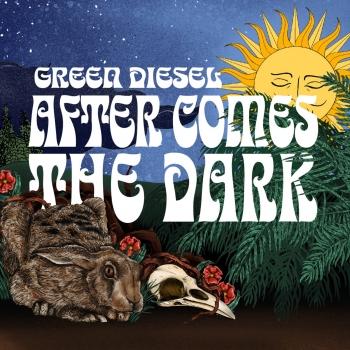 After Comes the Dark 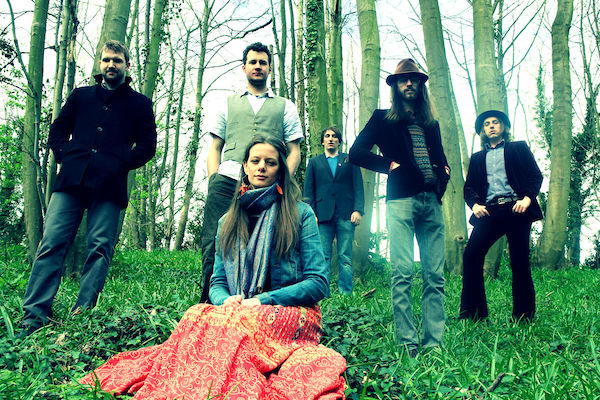 Green Diesel
Hailing from Faversham in Kent, Green Diesel first emerged back in 2009, taking their inspiration from the depths of English folk lore and legend, and the classic folk-rock sound of their predecessors: Fairport Convention and The Albion Band. Blending violin, mandolin and dulcimer with electric guitars and drums, Green Diesel’s sound is born from a love of traditional English music and a desire to bring it to a modern audience. Green Diesel’s three previous albums: Now Is The Time (2012), Wayfarers All (2014) and The Hangman’s Fee (2016) have all won praise from critics and fans alike for the quality of song-writing and musicianship and the band have been a popular draw at festivals, from Broadstairs Folk Week to Beverley Folk Festival.