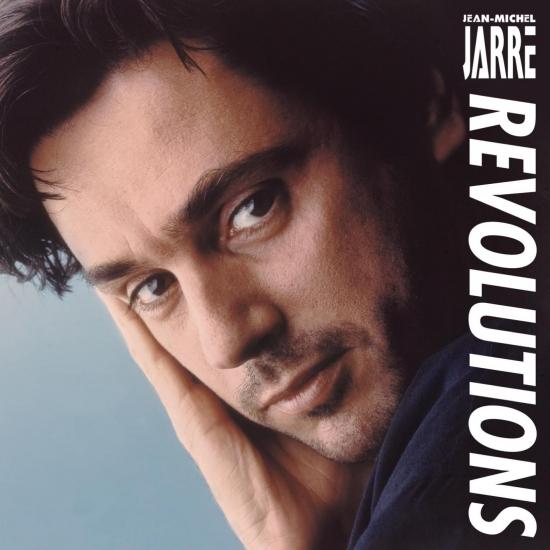 As the title indicates, this disc has to do with the French Revolution as well as Jarre’s homage to the Bicentennial. He also used the occasion to denounce an ongoing injustice in South Africa, apartheid. On March 29, 1988, Dulcie September, a representative of the ANC, was savagely assassinated. Jarre dedicated the song Septembre to her, with its African flavour, especially in the chorus sections.
On other tracks there were Turkish flutes and Arab percussion instruments, and this album would be played at the famous Docklands concert in London.
„While it can be easy to dislike and dismiss some cookie-cutter electronic music, the challenge lies in finding reasons to listen to it again. Such is the case with Revolutions by Jean Michel Jarre. One reviewer wrote, simply, '(This) is not revolutionary.' That is true; Jarre breaks no new ground with the release of this album. He does, however, continue to create original music in his own style. He is often imitated and that is the sincerest form of flattery. This album features ten short pieces (five minutes and 22 seconds is the longest) of pop influenced e-music. This disc neither challenges nor offends the listener. It has its moments but it neither soars nor plunges. Of course, die-hard Jarre fans will love this disc. Fans of Synergy, Char-El, Klaus Schulze, and Ashra will like it.“ (Jim Brenholts, AMG)
Jean Michel Jarre, Synclavier, Fairlight CMI, drums programming, percussions, computer vocals on 'Revolutions'
Guy Delacroix, bass
Sylvain Durand, Fairlight CMI on 'London Kid'
Kudsi Erguner, turkish flute
Michel Geiss, synthesizer, keyboards, computer vocals on 'Revolutions'
Joe Hammer, drums Simmons SDX, Dynacord ADD1
Hank Marvin, guitar on 'London Kid'
Jun Miyake, trumpet and megaphone on 'Tokyo Kid'
Dominique Perrier, E-mu Emulator, Fairlight CMI, synthesizer, keyboards
Mireille Pombo, vocal chorus on 'September'
Francis Rimbert, additional synthesizer programming
The Bruno Rossignol Choir, choir on 'Industrial Revolution', 'London Kid' and 'The Emigrant'
Bruno Rossignol, conductor
Female choir from Mali, choir on 'September'
Sori Bamba, conductor
Recorded 1987–88 at Croissy Studio, France
Produced by Jean Michel Jarre
Digitally remastered