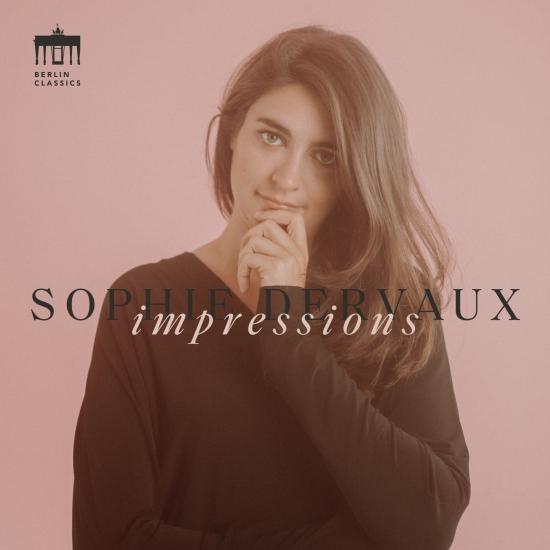 Sophie Dervaux’s debut album on Berlin Classics is very much in the French tradition. Together with her French colleague, pianist Sélim Mazari, the bassoonist presents works on this concept album Impressions that are by composers of various eras, including Debussy, Saint-Saëns, Ravel, Fauré and Koechlin. The bassoon – unusually – takes the stage as a soloist and so fulfils the purpose that the Vienna Phil bassoonist had in mind: to present the unique singing sound of the instrument and enrich the world of the bassoon in the process. “A lot of people think of the bassoon as an amusing instrument. But it can be more than just the jolly clown. I wanted to show that it can sound wonderful and sing wonderfully too.”
There is no doubt that Dervaux has proved her point on Impressions. Her repertoire brings together familiar and seldom heard pieces, and at times ushers its audience into a dream world. Among those pieces are Debussy’s Clair de Lune and Beau Soir, illustrating the tonal compass of the bassoon. Sophie Dervaux also presents the Sonata for bassoon and piano in G major, op. 168, written by Camille Saint-Saëns, in his old age. Great phrases and lines flow from Dervaux’s instrument in Fauré’s Après un rêve, and a piece she arranged herself, Pièce en forme d’habanera by Ravel, brings out the almost human voice of the instrument.
These Impressionists are joined by theorist and composer Charles Koechlin with his Sonata, op.71. Going a step further, Reynaldo Hahn’s A Cloris and Roger Boutry’s Interferénces bridge the gap between old and new and introduce jazz influences. With her new album Impressions, Sophie Dervaux aims to show her audience what is special about the bassoon: its sound, and its virtuosity too.“This instrument means a lot to me,” she says. “It’s my voice. When I make music, I can communicate through it. I’m not a beautiful singer, but with my instrument, I can be. Singing really is the word for it: that’s what I try to do with my playing.”
Making her instrument better known – as a solo instrument as well as in ensemble – is a project dear to the bassoonist’s heart. Sophie Dervaux likes to rediscover old repertoire and write arrangements, but she is also committed to working with living composers. This is her clarion call: “I think it is really important to commission pieces. I have had some really freaky stuff. Time will tell how much of it survives. The important thing is simply to keep writing for the bassoon.”
Sophie Dervaux, bassoon
Selim Mazari, piano 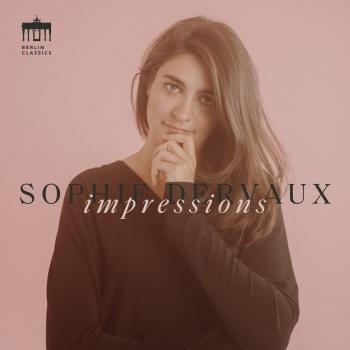 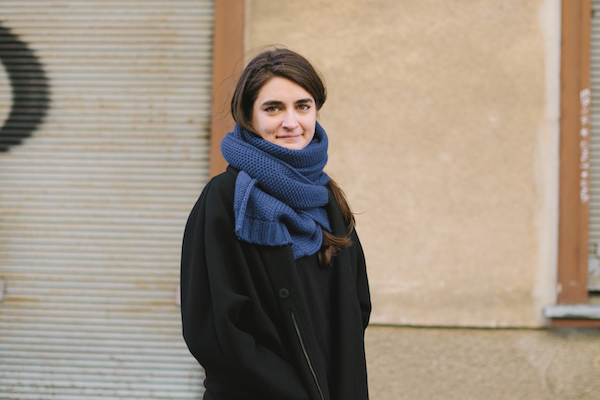 Sophie Dervaux
joined the Vienna Philharmonic and the Vienna State Opera Orchestra as principal bassoon in 2015. Previously, she was principal contrabassoon of the Berlin Philharmonic.
Prizewinner of prestigious competitions which includes the international ARD Competition Munich and the Beethoven-Ring Bonn, among others, Sophie has performed as soloist with the Vienna Philharmonic, the Bavarian Radio Symphony Orchestra, the SWR Symphony Orchestra Stuttgart, the Munich Kammerorchester, the Vienna Chamber Orchestra, the Konzerthausorchester Berlin, the Orchestre National de Lyon etc. Her solo repertoire includes works by Vivaldi, Saint-Saëns, Jolivet, Strauss, Mozart, Haydn, Hummel and Paganini.
Sophie Dervaux has performed in the major concert halls of the world, including the Musikverein Wien, Berliner Philharmonie, Philharmonie de Paris, Suntory Hall in Tokyo, Royal Albert Hall in London and Carnegie Hall in New York.
As chambrist she performs with renowned musicians such as Daniel Barenboim, Emmanuel Pahud, Albrecht Mayer, Fabian Müller etc.
In 2020 she recorded the Beethoven Trio for Piano, Bassoon and Flute for Warner Classics together with Daniel Barenboim and Emmanuel Pahud in the Boulez-Saal in Berlin. Her debut album with works for bassoon and piano will be released 2021 by Berlin Classics.
Since 2020 Sophie Dervaux is teaching at Music and Arts University of the City of Vienna.
She has presented masterclasses at prestigious conservatories in Japan, China, Austria, Spain, Portugal, France, Argentina and the United States. Sophie Dervaux is a Püchner bassoon artist and is dedicated to expanding the bassoon repertoire by rediscovering old and commissioning new pieces that feature the instrument.
Born in 1991 in the Paris suburb of Clamart, Sophie Dervaux first studied guitar and clarinet, and started playing the bassoon in 2003. She continued her studies at the National Conservatory of Music in Lyon, France, at the Hochschule für Musik “Hanns Eisler” and the Karajan Academy in Berlin. Sophie Dervaux’s teachers include Carlo Colombo, Jean Pignoly, Volker Tessmann and Daniele Damiano.