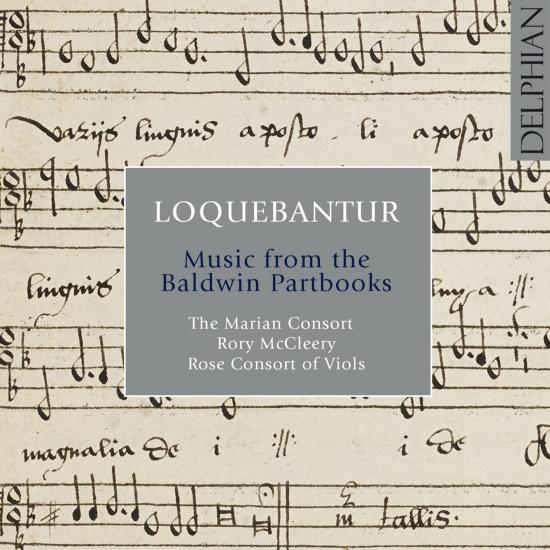 John Baldwin was a lay clerk at St George’s Chapel, Windsor in 1575 and became a Gentleman of the Chapel Royal in 1598. The so-called ‘Baldwin Partbooks’, held at Christ Church, Oxford, were his creation – a very personal collection, representing his individual tastes and interests from a wealth of English and Continental polyphony and consort music.
As in their previous collaboration, an exploration of the similarly conceived partbooks of Robert Dow, the Marian Consort and Rose Consort of Viols have kept faith with Baldwin’s own intentions, bringing to light some of the rarer gems preserved by this great advocate and music-lover and providing the listener with ‘such sweete musicke: as dothe much delite yeelde’. The Marian Consort has to date released four CDs with Delphian Records which have met with considerable critical acclaim. The ensemble’s most recent release, of a Christmas mass and motets by Jean Mouton, Cristóbal de Morales and Annibale Stabile (DCD34145), was ‘Christmas Choice’ in BBC Music magazine.
"The most striking feature of this entertainingly varied collection is the consistently fresh, fruit-ripe tonal quality of the Marian Consort's singing…sensitive unison singing, and a firm bass lead from Christopher Borrett set Sheppard's Ave maris stella purposefully in motion. Interpretively it's the programme's finest performance, the pacing more poised and flexible, the text responded to with notable insight and maturity." (BBC Music Magazine)
"[an] engaging and thoughtfully planned programme … it is a measure of his [John Baldwin] discriminating, adventurous taste as well as the commitment and talent of the performers here recorded so well, that there is not a single unappealing moment. Be equally adventurous and investigate!" (Classical Music)
The Marian Consort
Rory McCleery, conductor 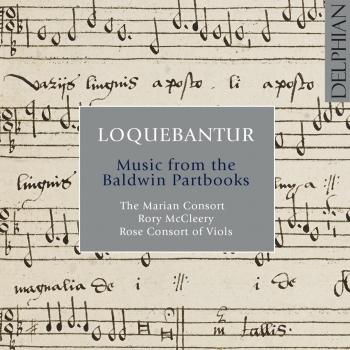 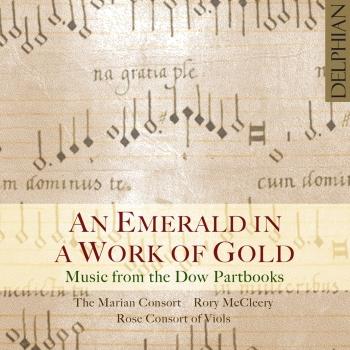 An Emerald in a Work of Gold: Music from the Dow Partbooks

Rory McCleery, The Marian Consort, The Rose Consort of Viols 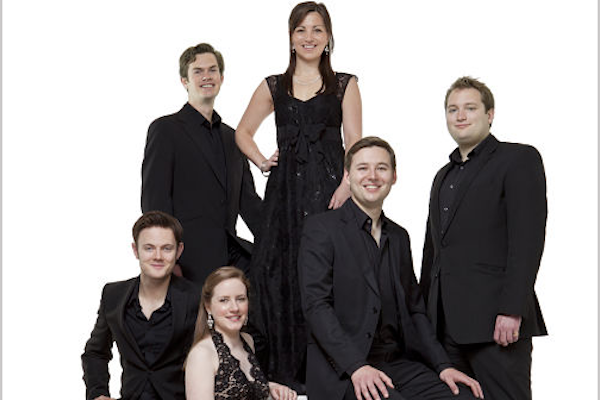 The Marian Consort
Taking its name from the Blessed Virgin Mary, a focus of religious devotion in the sacred music of all ages, The Marian Consort is a young, dynamic and internationally-renowned early music vocal ensemble, recognised for its freshness of approach and innovative presentation of a broad range of repertoire.The Marian Consort - Early Music Vocal Ensemble
This ‘astounding’ (The Herald) ensemble has given concerts throughout the UK and Europe, features regularly on BBC Radio 3, and is a former ‘Young Artist’ of The Brighton Early Music Festival.
Known for its engaging performances and imaginative programming, the group draws its members from amongst the very best young singers on the early music scene today. They normally sing one to a part (dependent on the repertoire) with smaller vocal forces allowing clarity of texture and subtlety and flexibility of interpretation that illuminate the music for performer and audience alike. The Marian Consort is also committed to inspiring a love of singing in others, and has led participatory workshops for a wide range of ages and abilities.
Their repertoire encompasses the music of the fifteenth to seventeenth centuries with a particular focus on the exploration of lesser-known works, often bringing these to the attention of the wider public for the first time. The Marian Consort is also a proud exponent of contemporary music, juxtaposing latter-day pieces and Renaissance works in concert in order to shed new light on both. As part of this commitment to new music, the group has commissioned works from several leading British choral composers, including Cecilia McDowall and Andrew Gant.
The Marian Consort performs across the UK and Europe: recent highlights have included recitals at King’s Place, the Barcelona Early Music Festival and the Festival de Música Antiga Valencia; concerts for the Brighton Early Music Festival and the Leipzig A Cappella Festival; and performances at the Wellcome Collection and the British Academy.
The Marian Consort has released four CDs with Delphian Records which have met with considerable critical acclaim. Their disc of English and Continental Renaissance music from the Dow Partbooks received outstanding reviews in all of the major broadsheets, with the Scotsman giving it 5 stars for ‘performances that glow with golden purity and soul’, the Sunday Times commenting ‘exquisite…the ensemble sings with eloquence and expressive finesse’, and Gramophone Magazine calling it ‘superb’. Their CD of music by the Parisian Renaissance composer Jean Maillard attracted praise for its ‘precision and pellucid textures’, with the Guardian noting that ‘the performances are models of discretion and musical taste, every texture clear, every phrase beautifully shaped’. The ensemble’s most recent release, of a Christmas mass and motets by Jean Mouton, Cristobal de Morales and Annibale Stabile, was Christmas Choice in BBC Music Magazine, who commented that ‘the works are mellifluously performed by The Marian Consort, who shape the sinuous polyphony with winning pliability’, while the Sunday Times described the disc as ‘sublime – sung with impeccable polish and blend’ and the Observer lauded the group for ‘drawing the listener in by quiet persuasion and musical intelligence of the highest order’.
The Marian Consort is directed by Rory McCleery, a freelance singer, choral conductor and academic.
Rory McCleery
began his musical career as a chorister at St Mary’s Episcopal Cathedral, Edinburgh under Timothy Byram-Wigfield and Matthew Owens. He gained a double first in music at Oxford University as both Organ and Domus Academic scholar of St Peter’s College, subsequently completing an MSt in Musicology with Distinction in 2009.
In addition to directing and performing with The Marian Consort, Rory greatly enjoys working as a soloist and consort singer with specialist early music ensembles including The Monteverdi Choir, The Sixteen, The Gabrieli Consort, Contrapunctus, the Academy of Ancient Music, the Orchestra of the Age of Enlightenment, The Dunedin Consort, The Tallis Scholars and The Cardinall’s Musick, under conductors including Sir John Eliot Gardiner, Harry Christophers, Paul McCreesh, John Butt, and Andrew Carwood.
Recent solo performances have included Bach St John and St Matthew Passions; Handel Messiah and Ode for the Birthday of Queen Anne, Croft Odes for the Peace of Utrecht, Pärt Passio, Purcell Come ye Sons of Art, Ode to St Cecilia, and Welcome to All the Pleasures; Monteverdi Vespers of 1610; Rameau Grands Motets; and Britten Abraham and Isaac in venues across the UK and Europe. Rory has appeared as a soloist for broadcasts on ARTE, Radio France, BBC Radio 3 and German and Italian radio, and collaborates regularly with the Rose Consort of Viols. He studies singing with Giles Underwood.
Rory is currently completing his doctoral research in the French Renaissance composer Jean Mouton, and is a freelance academic and programming consultant for festivals and for many of the ensembles with whom he performs.
Rory is also a firm believer in the importance of vocal and music pedagogy, and is the assistant director of the Oxford Youth Choirs.