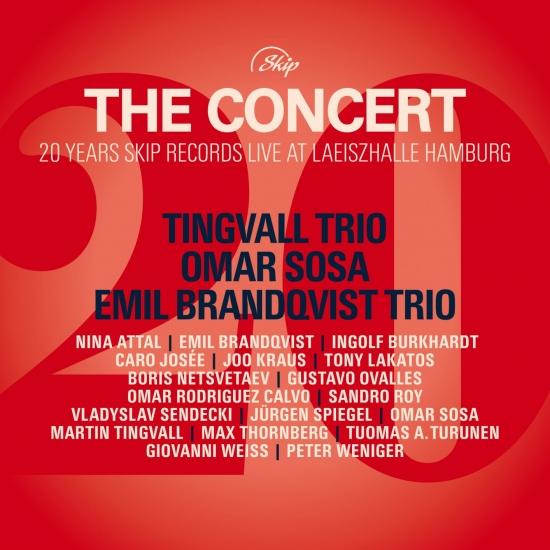 Info for The Concert

The 3-hour, 20th birthday concert saw not one but 7 ECHO JAZZ prizewinners gathered onstage and evolved over the course of the evening into a concert event that spanned two decades as it presented the quality and diversity of the label to a highly receptive audience. This concert was decidedly one-of-a-kind not only due to the unique constellations that took place in the spotlights. As one example, percussionist Gustavo Ovalles guested with the Emil Brandqvist Trio and later on with Omar Sosa who, when it was time for his appearance, was accompanied in turn by Joo Kraus and Omar Rodriguez Calvo from the Tingvall Trio. Vocalist Caro Josée stepped in to join the Emil Brandqvist Trio and Joo Kraus, while top-tier saxophonists Tony Lakatos and Peter Weniger delivered no-holds-barred, sparks a-flying jazz in an “all-star formation” led by Boris Netsvetaev together with Brandqvist, Rodriguez Calvo and Ingolf Burkhardt. The funk flowing like lava in her voice, Nina Attal wowed the audience with a moving solo appearance, and Sandro Roy, an up-and-coming virtuoso on violin, conjured up wizardry and magic on the borderline between classical music and jazz; enhanced part of the time by his mentors Giovanni Weiss and Tony Lakatos. The duo comprised of Vladyslav Sendecki & Jürgen Spiegel delighted one and all with well-attuned improvisations. Yet another highlight was the performance by Martin Tingvall, both solo and together with the Tingvall Trio. The festive mood in the hall was heightened not only by an encounter with Ingolf Burkhardt on the trio’s signature piece, “Vägen”, but equally so in a session involving 18 musicians that ended with “Skansk Blues”. The audience was sent home with a touching version of “One Moment In Time” offered as a duo by Joo Kraus and Tuomas Turunen. The live recording being presented is a veritable parade of the greatest moments and lasts more than two hours. 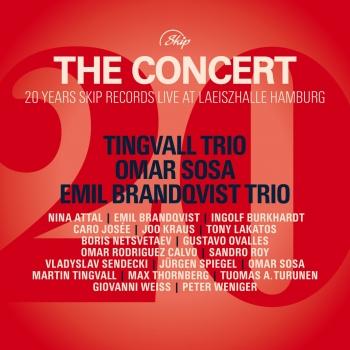