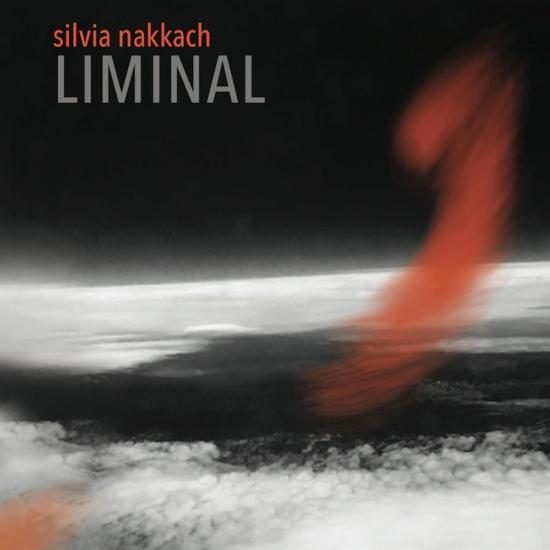 Liminal conveys a sense of unbounded space, a state in between states, with original music not attached to any particular form. The album is a sound journey inspired by the impermanence of the life of clouds. It invites a more open listening experience where time is dilated and carefully crafted as the space between sound and silence, and density and sparseness. Atmospheres of abstract sound merge with sparks of melodic expression, both spontaneously arising, meeting and dissolving. The musicians choose to not dwell in the center of the music, but rather as another listener. In the aural continuum, the human element becomes part of the ambience finding a new field of possibilities listening and playing with the environment itself.
”The evolution of music will be impossible without composers and musicians as Silvia Nakkach, multi-talented time-traveler, melody driven , harmonious soundscaper whom with sensitive knowledge of the higher senses translates Tone and Texture into a refined emotional and intelligent piece of Art. Lush contemporary harmonies and creative melodies that echoes on the Ancient teachings of East and West . Crystal clear production by Todd Boston and flawless performances makes the experience complete. Her new ground-breaking work “LIMINAL”opens a whole new category in music to enhance our own evolution as listeners. I welcome the return to creativity, with visionary works like this the future of Higher music is safe.Highly recommended !!!!! ” - Review by Jorge Alfano, musician and producer, that have collaborated with legendary artists as Astor Piazzolla, Mercedes Sosa, Richie Havens, Peter Erskine and Robert Thomas Jr. (from Weather Report), and Glen Velez, among many others.
"Liminal is astonishing. I’ve been listening to it and listening to it and listening to it. This album is so important and so addictive. I have always been a cloud watcher, often dreaming of gliding on a ‘magic carpet’ in and through and above and beyond the cloud realm. This album is the music I will play on my carpet journeys. Each track fully embodies its name. The fluid yet deliberate creative expression of sound color, is transforming. Its subtlety catches you in its web, and later you’ll understand that you have been traveling through space and you’ll want to travel again, and again, and again." - Kathy (Kaby) Birdsall
Silvia Nakkach, vocals, piano, sound design
Todd Boston, guitar, piano, keyboards, guitar-viol, sound design
David Darling, violoncello
Jeff Oster, flugelhorn, trumpet
Val Serrant, percussion, voice 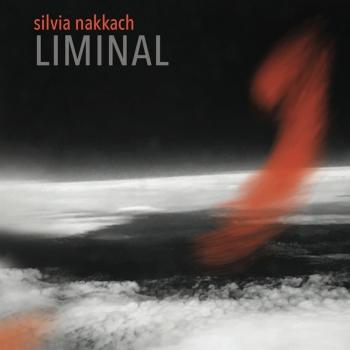 Silvia Nakkach
MA, MMT, Grammy® nominated musician, composer, voice-culturist, author, and a recording artist. Named by Utne Reader magazine as one of 40 cutting-edge artists that will shake the art world in this new millennium. Silvia is a musician that has cultivated a voice that transports the listeners into the heart of devotion, a several times award-winning composer, former music psychotherapist, and a leading authority in the field of sound in consciousness transformation, and the implementation of music to convey expansion of consciousness, enhancing the sensibility of the subtle in the body and the mind to stimulate personal grow and a fullfilling practice.
For more than 16 years, she was on the faculty of the California Institute of Integral Studies, in San Francisco, where she designed the premier Certificate in Sound, Voice and Music in the Healing Arts established in an academic institution, taught by master musicians, scientists, and pioneers in the emerging field of psychoacoustic applications and consciousness studies. Nakkach also designed the academic curriculum for the first Masters Degree with a Focus on Sound in Healing as part of the Department of Integrative Health at CIIS.
Since 1988, she acts as the founding and artistic director of the Vox Mundi and the Mystery School of the Voice, a project devoted to preserving sacred musical traditions, combining education, performance, and spiritual service, with centers throughout the USA, Brazil, Argentina, India, and Japan. As an internationally accredited specialist in cross-cultural music therapy training, Silvia has pioneered the integration of chanting and the use of the voice with somatic and music psychotherapy, contributing an extensive body of original vocal techniques and that have become landmarks in the field of music healing.
Silvia holds Bachelors degrees in Education and Music Performance from the two Conservatories of Music, and holds Masters degrees in Clinical Psychology, Music Therapy, and Music Composition from Mills College, Oakland, California. Her post-degrees studies include Psychoanalytic Psychodrama, Gestalt Therapy, Yoga Philosophy, Electronic Music and Music Centered Psychotherapy, among other formative and more than 30 years of studies and Tibetan Buddhist practices and Tai Chi Qi Gong.
Nakkach has been involved in clinical research in the areas of microtonal singing and uses of the voice to induce meditative states, and her albums are widely used in Hospices, Health Centers, and private practice. Her extended body of work has been integrated in a comprehensive curriculum of scientific vocal and sound and music healing applications known as The Yoga of the Voice, a training that offers international certification, and retreats worldwide. Silvia’s interest in vocal anthropology and indigenous music cosmology has led her to collaborate with renowned mystics and masters of Indian and South American shamanic traditions. Among Nakkach mentors and collaborators are Pauline Oliveros, Dr Claudio Naranjo, Maestro Allauddin Mathiew, David Darling, Dr John Beaulieu, Dr Pat Moffit Cook, and Swami Sita Ramananda, among others.
Her voice work covers an enormous amount of territory and for more than 30 years Silvia has been a disciple of the late maestro Ali Akbar Khan. Under his direction she studied Hindustani Classical Music and the art of raga singing. Since 2002 till presently Silvia became also a disciple of Dr. Ritwik Sanyal (Varanasi, India) with whom she started her studies of the ancient classical art of the Chant of Dhrupad and Nada Yoga, that integrates subtleties of sound and deep states of meditation. In the last few years, Silvia has devoted to the mastering of the art of Dhrupad singing under the direction of Pandit Uday Bhawalkar.
In 1991 she completed her opera: Amazonia Insight that was performed internationally five times. Her classical training and trans-cultural sensibility ensure that intellect and simplicity are always present in her approach to voice and resonance. Her new new albums: Medicine Melodies and In Love and Longing (with David Darling) are the last of ten previous CD releases. Her second CD-album, Ah, The Healing Voice, is widely played in health care centers to create a healing atmosphere before and after surgical interventions.
She is a contributing author to various books and scholarly papers, including Music and the Human Process, Music in Human Adaptation, The Transpersonal Consciousness, and Music Therapy at the End of Life. In addition to many published scholarly articles her book: Free Your Voice (2012) is available by Sounds True publishers. Nakkach is also a contributing author of Yoga and Psyche (2014) available through Cambridge Scholars Publishing.
She resides in the San Francisco Bay Area where she has established The Voice Loft, an elegant and open environment dedicated to present master classes and experimental concerts, expanding a creative community of sound and music practitioners. Silvia travels extensively offering keynote presentations and her original work with music, sound, and the voice, training students and teachers across four continents and many cultures.