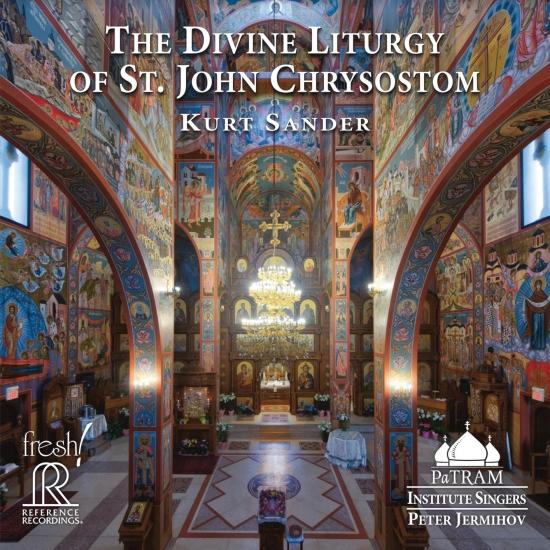 Reference Recordings is very pleased to present the second release in our series from the PaTRAM Institute, rising stars whose debut album on our label, Chesnokov: Teach Me Thy Statutes, has recently garnered a GRAMMY® nomination for Best Choral Performance. The music performed on this new recording of Russian Orthodox choral music in the English language was written by Dr. Kurt Sander.
Conductor Peter Jermihov writes: “The Liturgy of St. John Chrysostom by Kurt Sander is unique in several respects. Within the body of repertoire contained in the Russian-based jurisdictions of North America (Moscow Patriarchate, Russian Orthodox Church Outside of Russia, and the Orthodox Church in America), it is the first and only complete setting of the Liturgy of St. John Chrysostom in English. Rooted in the 19th Century Russian models of such masters as Tchaikovsky, Rachmaninoff, Gretchaninoff, and others, Sander’s Liturgy grows out of the monumental choral edifices of these masters and rightfully belongs in their midst.”
The Divine Liturgy of St. John Chrysostom is performed by the PaTRAM Institute Singers, a highly professional group of Russian and American male and female vocalists, joined by soloists Evan Bravos, Keven Keys, Protodeacon Vadim Gan, Glenn Miller, and Daniel Shirley. PaTRAM Institute Singers and Reference Recordings are planning several more releases over the next 5 years with Dr. Peter Jermihov as artistic director and conductor.
Alexis and Katherine Lukianov, Cofounders of PaTRAM Institute state: “The Patriarch Tikhon Russian American Music Institute strives to present Orthodox sacred music in its highest possible form, uniting deep spirituality, a profound love for the rich traditions of Orthodox Christian singing, and an uncompromising standard of musical professionalism rooted in the great traditions of Russian choral composers. In addition, we seek out unique church venues for our recordings to couple the music with an acoustically rich, Orthodox Worship environment. We trust that the listener will thoroughly enjoy the merits of this important and beautiful new Divine Liturgy delivered in English by Drs. Sander and Jermihov and our talented artists in the New Gracanica Church.”
This release was recorded and mastered by the team at Soundmirror, whose outstanding orchestral, solo, opera and chamber recordings have received more than 100 Grammy® nominations and awards. For over 40 years, Soundmirror has recorded for every major classical record label, including Reference Recordings.
PaTRAM Institute Singers
Peter Jermihov, conductor 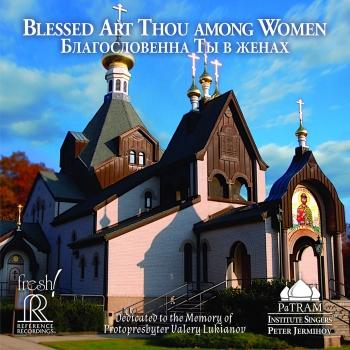 Blessed Art Thou Among Women 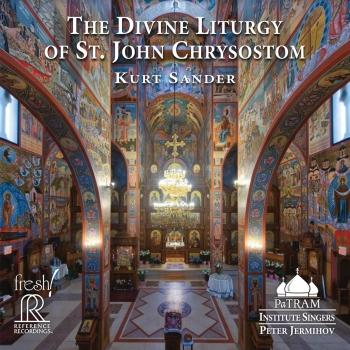