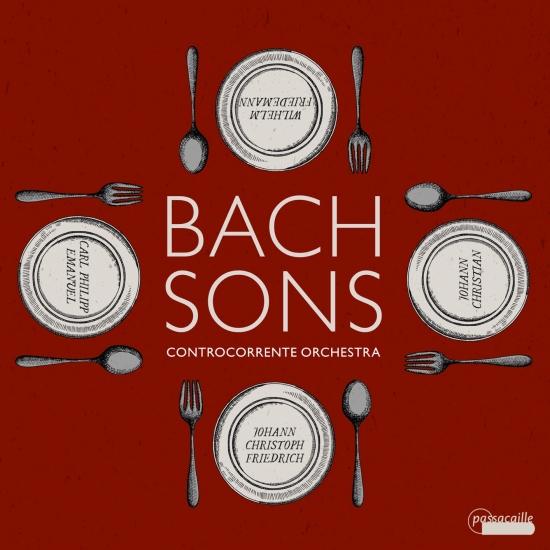 A new dynamic Italian Baroque Orchestra makes its debut with symphonies that arent mainstream. As they name indicates, they choose to swim against the current and explore hidden gems of the repertoire. But not only are they original, young and full of dynamic energy, the result is simply stunningly good and makes this music come alive as if those pieces were presented here for the first time. The group has chosen four of Bachs sons, all born between 1710 and 1735 and programmed their exploration of the then new genre between c.1755 and c.1770, when the five Sinfonie recorded here were composed. Three keywords are essential: Galant Italian style, German Empfindsamer style and the European Sturm und Drang movement. Its all about cantabile and sensitivity in the first two cases and about unbridled emotions announcing the romantic era in the third one In conclusion, with these five rarely-heard symphonies by four of Bachs sons, the Controcorrente Orchestra offers a captivating insight into the mid-eighteenth-century symphony repertoire across Northern Germany and England, which is quite representative of a genre that we too often know only through its later and most famous Viennese protagonists, Haydn and Mozart.
"Controcorrente is an Italian chamber orchestra on period instruments founded in 2019 and playing without a conductor. It is not immediately clear against which current it intends to swim, but the album debut presents inspired and spirited musicians with symphonies from the early developmental phase of the genre, all composed around 1755 to 1770 by Bach sons experimenting with the symphony.
Wilhelm Friedemann Bach and Johann Christoph Friedrich still use the gallant Italian style, while Johann Christoph Bach’s Symphony in G Minor mixes Empfindsamen Stil and Sturm und Drang, which applies somewhat differently to the symphonies of Carl Philipp Emmanuel Bach.
Controcorrente thus has a broad expressive spectrum to serve, and they do it with a technically very sovereign playing.
The precision of the attack, the delicacy of the piani and pianissimi, the perfect balance between the instrumental groups, but also the inner instrumental coherence are remarkable. The fact that the spontaneity is fully preserved in this technical refinement shows how outstandingly well the various works were rehearsed. But Controcorrente can not only play with the greatest impetus and a lot of drive, the ensemble also produces the enchanting moments of restrained and beautiful music that occur again and again in the works." (pizzicato.lu)
ControCorrente 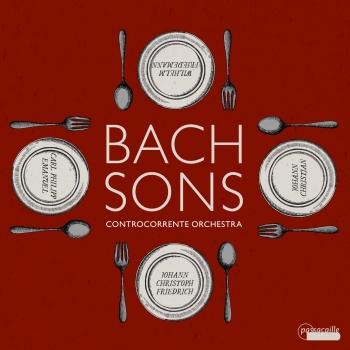 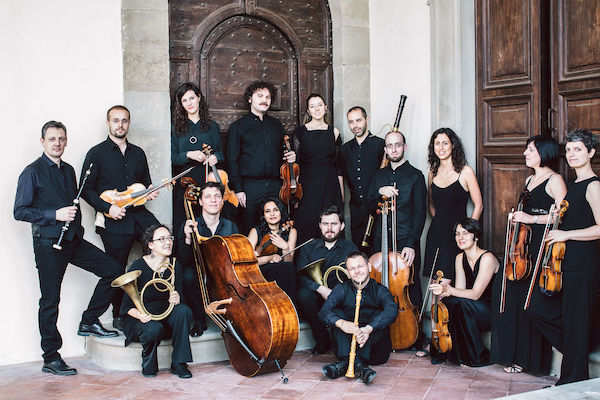 ControCorrente
Motivated by a lively spirit of enquiry and a visionary and creative approach, Controcorrente’s ambition is to realise a musical dream – a new way of making music.
Our objective is to interpret the music we perform through a communal process, to be free from both personal and autocratic opinions, and to bring to fruition an original interpretation which is also liberated from current musical trends.
Controcorrente is the fruit of a common passion, inspired by energy, creativity and authenticity.
Orchestra Controcorrente’s ambitious project was born from the meeting of accomplished young musicians and friends who share mutual respect and years of intense professional activity playing on period instruments with the most prestigious ensembles.
Thorough musical study has resulted in a common interpretative vision, which we aim to share with audiences though concerts and musical projects.
Controcorrente wishes to free itself from contemporary cultural and musical practices, and joins the music market by proposing an alternative vision. Our current economic system encourages a daily life-acceleration and a constant need to produce more, always at lower cost and consequent lower quality. This orchestra responds with a small-scale deceleration, a slow and conscious exploration of beauty, structure and expression.
The obvious provocation in our name underlines a strong desire by the artists to regain ownership and management of their time. They are aware of their duty to create a high quality performance and they refuse to submit to a hasty and superficial approach, preferring to proceed creatively – controcorrente – against the flow, towards the final product.
Controcorrente is an orchestra that plays exclusively on period instruments.
Historical research, which is of fundamental importance to us, has become a vehicle for new energy rather than a champion of rigid interpretation.
Whilst taking care to acknowledge the precious legacy of the past, Controcorrente looks to the future with an original and innovative approach which revives tradition in a vibrant and creative way.