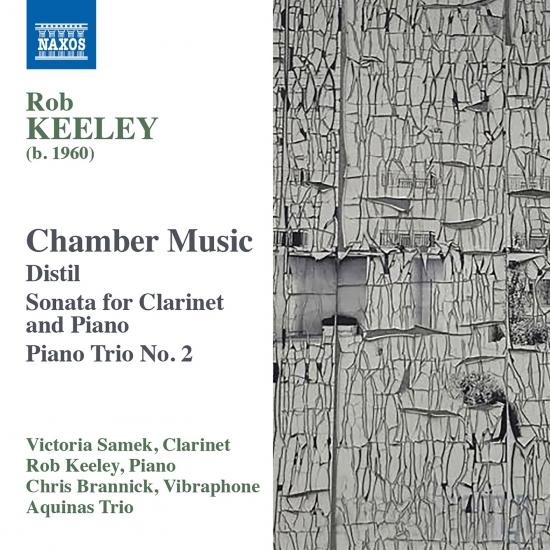 Rob Keeley considers chamber music to be the most direct and expressive medium for him as a composer.
The spirits of Haydn and Chopin can be heard in the Second Piano Trio, and there is a wink towards Mozart in the wonderful blend and agility to be found in the Clarinet Quartet. All of these works are the result of musical friendships, the faith and commitment of the players an integral part of each performance, with the remarkable sonorities of Distil as its still centre.
Chris Brannick, vibraphone
Victoria Samek, clarinet
Sarah Thurlow, clarinet
Chris Hatton, clarinet
Andrew Sparling, clarinet
Caroline Balding, violin
Ruth Ehrlich, violin
Rob Keeley, piano
Aquinas Piano Trio 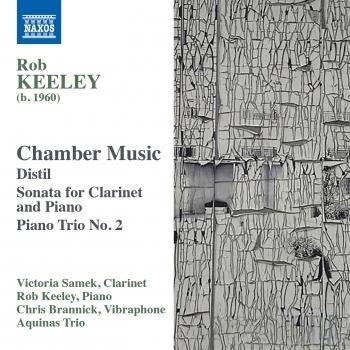 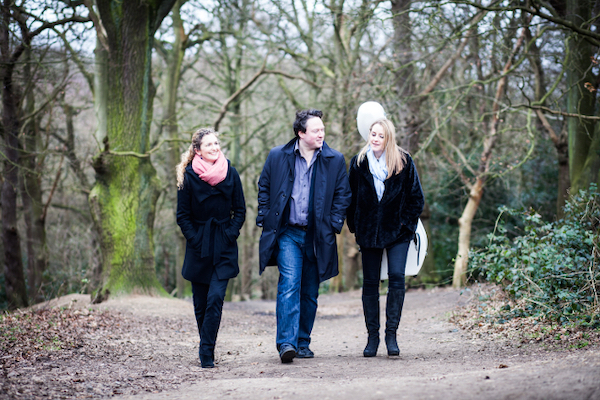 Rob Keeley
studied at the Royal College of Music and at Oxford. In 1988 he studied at the Accademia Santa Cecilia in Rome with Franco Donatoni, and at the Tanglewood Summer Music School, where he was the Benjamin Britten Fellow in Composition, working with Oliver Knussen and Hans Werner Henze. Since 1993 Rob has lectured in music at King's College, London, but will be retiring in the autumn to devote more time to composition and to practical music-making, as pianist, accompanist and repetiteur.
His music has been performed by the BBCSO, BBCNoW, Fretwork, Lontano, Victoria Samek, Martin Roscoe, Colin Stone, Carla Rees, Sarah Francis, Lore Lixenberg, Aquinas Piano Trio, among others.
His music is available on the NMC and Lorelt, Divine Art and Clarinet Classics CD labels, and there are CDs forthcoming on Naxos and Toccata Classics.
Many of his works are also published by Composers Edition.
Aquinas Piano Trio
Described by Gramophone as, ‘spot-on in interpretative instinct’, the Aquinas Piano Trio has established itself over the last five years as one of Britain’s most sought-after chamber groups. Following their Wigmore Hall debut in December 2015, Musical Opinion commented, ‘This sold out concert hall was in awe, ecstatic with joy at the final cadence.’ Their growing list of recordings includes the Saint-Saens Trios, released on Guild in 2015, and their CD of Mendelssohn Trios was Strad Magazine’s Choice of the Month in May 2015: ‘The Aquinas Trio rejoices in these cherishable scores with a symphonic sweep and an insatiable forward momentum … This is an enormously impressive coupling.’
The trio’s past engagements include a Schumann concert series at Kings Place, London, as well as performances at the Little Missenden Festival, the Chipping Campden International Music Festival and at the Kirker Chopin Festival in Mallorca. Their continuing support of contemporary music saw premieres of new works by Thomas Hyde and Rob Keeley during the 2016/17 season, with a Naxos CD release of Rob Keeley’s Piano Trio no.2 scheduled for 2019.They will return each year to the Wigmore Hall from 2018-21.
Ruth Rogers studied with Itzhak Rashkovsky and Herman Krebbers. Described as “the finest of the younger generation of violinists” (Musical Opinion) and hailed by the Guardian as “superb”, Ruth is in demand as soloist, leader, and chamber musician. In 2015 Ruth was appointed as a leader of the London Mozart Players. She worked as Co-Leader of the Bournemouth Symphony Orchestra from 2008 until 2012 and appears as a guest leader of many other major orchestras including the Hallé, BBC Philharmonic, City of Birmingham Symphony Orchestra, Scottish Chamber Orchestra and the Royal Liverpool Philharmonic.Ruth also plays with the John Wilson Orchestra at the BBC Proms.
Katherine Jenkinson is recognised as one of the UK’s leading cellists specialising in solo and chamber music.In 2017, Katherine had the privilege of recording a new cello concerto with The Royal Philharmonic Orchestra which was written for her by the British composer, Oliver Davis. Chamber music is a key part of Katherine's musical life. She was a founder member of The Rautio Piano Trio, and was a member of The Allegri String Quartet 2008-2011 and Iuventus Quartet and Ensemble. In Contemporary music, Katherine has worked closely with composers, ArvoPärt, Anthony Payne, Richard Allain and Thomas Hyde. Katherine plays on an Italian cello by Taningardi made in 1703. She is grateful to the Countess of Munster for their help in the purchase and restoration of this cello.
Chris Brannick
is a founder member of the internationally renowned percussion group ensemblebash, and holds both a maths degree from Imperial College, London, and an honorary music degree from the Royal Academy of Music. He has been the Joint Chief Executive Officer for the Newham Music Trust, an educational charity, and is an examiner for the Associated Board. He performs as both a soloist and chamber musician, and was principal percussion for Glyndebourne Touring Opera for 15 years, before leaving to concentrate on chamber music.
Chris’ musical interests include Ghanaian music, the frame drumming of North Africa and the Mediterranean, and the steel pan. Musical theatre remains central to his performing style, and Chris is also an actor, with credits running from Mole in Wind In The Willows to The Journalist in Making History and Everyman Explorer in last year’s national tour of Everything and Nothing.
He has written a book, World Beats (published by A&C Black), which is a complete resource for primary school classroom teachers exploring drumming styles from various cultures around the world.
His compositions and arrangements feature on CDs, websites, documentaries, CBBC and music festivals and he has been music advisor to Legoland. He plays percussion, steel pan, drum kit, guitar, bass guitar, bugle, piano and he sings in a stupidly high voice. In addition to ensemblebash, he is a member of FourSight, a quartet of percussion, electric violin, clarinet/sax and keyboard exploring the cutting edge of contemporary music, and Classic Rhythm, a bravura trio with a sense of musical adventure. His cabaret bands, The Favoured Few and The Brannick Academy have featured in the UK and New York.