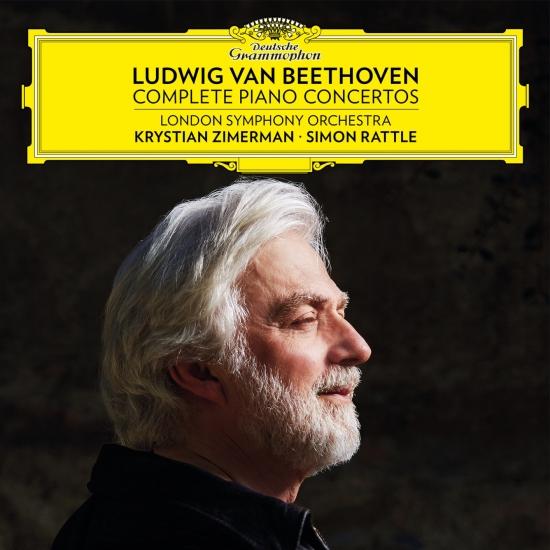 Krystian Zimerman, Sir Simon Rattle, and Ludwig van Beethoven: three exceptional musicians and five great piano concertos are brought together for a landmark recording. This release is among the biggest highlights to conclude the Beethoven anniversary celebrations.
Over 30 years ago, in 1989, Krystian Zimerman and Leonard Bernstein recorded Beethoven’s Piano Concertos Nos. 3, 4 and 5. They were united in their total dedication to music – in mind, heart and soul – resulting in an exceptional recording. Sadly, Bernstein died before the cycle was recorded in completion. Zimerman went on to conduct the remaining Concertos Nos. 1 and 2 from the keyboard in 1991.
“The impression Bernstein’s approach to music made on me was very clear,” Zimerman says. “He gave me the courage and confidence to be daring with my interpretations, trying out musical ideas that were completely new.”
“I have found almost the same approach, however, in one other conductor: Simon Rattle,” notes the pianist. “It’s as if he becomes the music himself – and Bernstein was exactly the same. I never thought of Bernstein ‘conducting’ a piece: you thought it’s his piece, he’s composing the moment he’s on stage with it. There’s a similarity with Simon: what happens in the concert is not necessarily the same as what happened in the rehearsal. We’ll set up a frame of functioning, but he knows that I at any moment can snap and I know that he at any moment can follow it, and vice versa. When I make a joke, he does not let me get away with this – I will get it back in the next two minutes!”
The unique rapport between Krystian Zimerman and Sir Simon Rattle is based upon years of shared ideals and mutual respect. Gramophone described their partnership as ‘a thing of wonder’, praising their ‘thrilling sense of purpose’. Now, 30 years after his first recordings, Zimerman returns to Beethoven’s Piano Concertos. He offers an exceptional new interpretation recorded with Sir Simon Rattle and the London Symphony Orchestra.
Krystian Zimerman, piano
London Symphony Orchestra
Simon Rattle, conductor 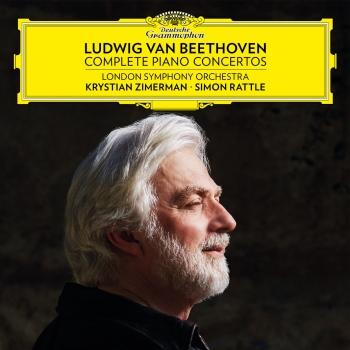 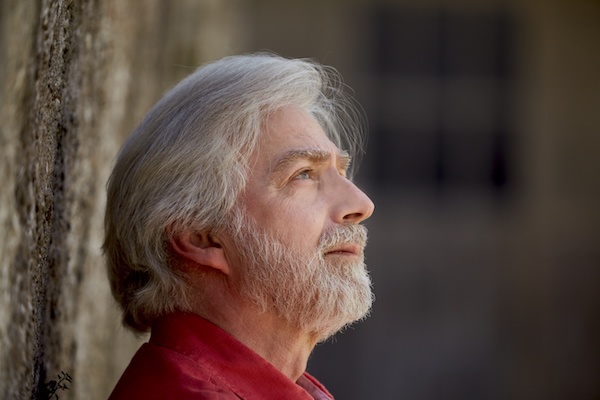 Krystian Zimerman
came to fame when he was awarded First Prize in the Chopin Competition at the age of 18. He has since enjoyed a world-class career working with the world’s most prestigious orchestras and giving a select number of recitals in the top international concert halls.
He has collaborated with many pre-eminent musicians — chamber partners such as Gidon Kremer, Kyung-Wha Chung and Yehudi Menuhin, and conductors such as Leonard Bernstein, Herbert von Karajan, Pierre Boulez, Zubin Mehta, Bernard Haitink and Sir Simon Rattle.
As part of the Chopin 200 celebrations in 2010, Zimerman gave the Chopin Birthday recital in London’s International Piano Series on the anniversary of the composer’s birth. In 2013, to mark the centenary of Lutosławski’s birth, Zimerman performed the Piano Concerto — which the composer wrote for him — in a number of cities worldwide, including a performance at Royal Festival Hall with the Philharmonia Orchestra and Esa-Pekka Salonen. In recent seasons he made his debut in China with the Shanghai Symphony Orchestra under Paavo Järvi; concerts with the Taipei and Bangkok symphony orchestras and gave performances of Brahms Piano Concerto No.1 and Beethoven Piano Concerto No.4 with the London Symphony Orchestra and Berliner Philharmoniker under Simon Rattle. He continued his collaboration with Rattle and the LSO in 17/18 with performances of The Age of Anxiety in connection with the Bernstein anniversary celebrations. During 2020 Zimerman has been performing all of the Beethoven concertos for the 250th anniversary.
Zimerman has developed his own individual approach to recording, a process which he controls at each stage. During his long collaboration with Deutsche Grammophon his recordings have earned him many top awards. His most recent release is a recording of Schubert solo sonatas, produced by himself in Japan, which has met with universal acclaim.
Zimerman transports his own piano for every recital, a practice which has made audiences more aware of the complexities and capabilities of the instrument. Performing on his own familiar instrument, combined with his piano-building expertise (acquired in Katowice and developed through close co-operation with Steinway’s in Hamburg), helps him minimise any distractions from purely musical issues.
Born into a family with a music-making tradition, musicians met almost daily in Zimerman’s home to play chamber music, and this experience afforded him an intimate, natural, everyday contact with live music. He took his first steps in music under his father’s supervision and, aged seven, began working formally with Andrzej Jasinski, then a senior lecturer at the conservatoire in Katowice. He returned to Katowice in 2015 to play the opening concert in the newly built concert hall.
“Technical perfection was only the starting point for a performance of astonishing energy and sometime ferocious intensity.” (The Guardian, July 2015)