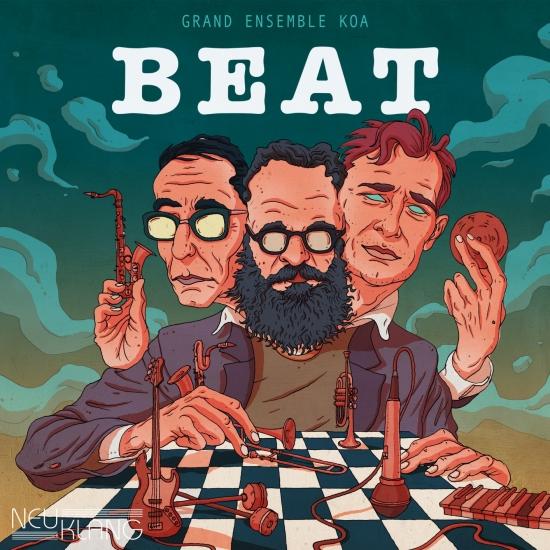 Driven by the pulsation of the "Beat Generation" intellectual and literary movement, the French jazz ensemble Grand Ensemble Koa follows Jack Kérouac’s, Allen Ginsberg’s and William Burroughs’ steps and set the contrarian poets’ texts to music, interpreted in French and English by the luminous voice of Caroline Sentis.
"I saw the best minds of my generation destroyed by madness, starving hysterical naked, dragging themselves through the negro streets at dawn looking for an angry fix..." (Allen Ginsberg, Howl, 1956)
The "Beat Generation" is a literary and intellectual movement popularized throughout the 1950s, which tried to cast off the "American Way of Life", to get freedom of thought, of dream, of living life to the full.
On the Road by Jack Kerouac, Howl by Allen Ginsberg and Naked Lunch by William Burroughs are ones of the main works describing this way of life, the base of activism which shaped the second part of the 20th century...
Crossing modern jazz and progressive rock, the third album of Grand Ensemble Koa, "BEAT", gets inspiration from important Beat Generation poets’ texts and sets them to music, carried of by the voice of Caroline Sentis and compositions of bassist Alfred Vilayleck.
Grand Ensemble Koa is a large ensemble of 9 musicians playing an electric and innovating jazz, mixing improvisations, contemporary composition's techniques, sophisticated grooves and electro-rock sounds. The band was created in 2008 by the bass player and composer Alfred Vilayleck.
In 2010, Grand Ensemble Koa worked on a creation inspired by Alfred Jarry’s Ubu-Roi, made of contemporary compositions, satirical theatre and soundpainting. The album "Koa-Roi" was released in 2012, and received the "Jazz album revelation" by the French magazine "Jazzman".
Alfred Vilayleck, direction, bass
Caroline Sentis, vocals
Matthieu Chedeville, soprano saxophone
Armel Courrée, alto and baritone saxophone
Jérôme Dufour, tenor saxophone
Pascal Bouvier, trombone
Samuel Mastorakis, vibraphone
Daniel Moreau, piano, keyboards
Julien Gregoire, drums 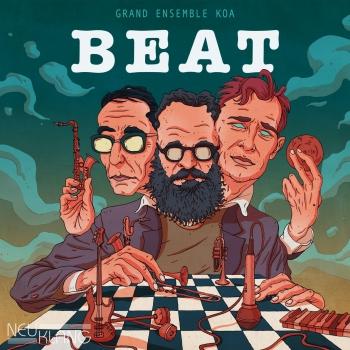 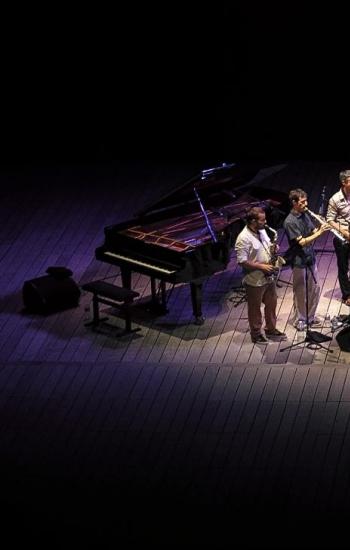 Grand Ensemble Koa
The French jazz ensemble follows in Jack Kérouac’s, Allen Ginsberg’s and William Burroughs’ footsteps. Driven by the pulsation of the intellectual and literary movement of the « Beat Generation », the 8 virtuo- sos set to music the contrarian poets’ texts which are interpreted by the luminous voice of Caroline Sentis...
Grand Ensemble Koa is a band of musicians who play an electric and innovating jazz, which mixes jazz improvisions, a contemporary compositional technique, sophisticated grooves and electro-rock sonorities. It was initiated by the bass player and compositor Alfred Vilayleck. As they created the band the musicians founded the Collectif Koa, which enabled the musicians to share many live experiences and decisive artistic meetings.
In 2010, Grand Ensemble Koa worked on a creation inspired by Alfred Jarry’s Ubu-Roi, made of contemporary composition, satirical theatre and soundpainting. The disc « Koa- Roi » was released in 2012, and has been elected « Jazz album revelation » by Jazzman magazine in February 2013. Pascal Rozet has written about it : « A fully accomplished first opus, which strucks by its coherence. »
In 2013, in a 9 musicians formation, the band released « Ahîmsa » -new repertoire- and performed live in many venues as the Carreau du Temple in Paris. The next year, the band collaborated with the belgian collective Mäâk Spirit, and they created together « Koa Meet Mäâk ». Nowadays, it is 1 voice and 8 instruments which transform into music the texts, poems, and message of a generation who looked for freedom, the one of Jack Kerouac, Allen Ginsberg or William Burroughs...