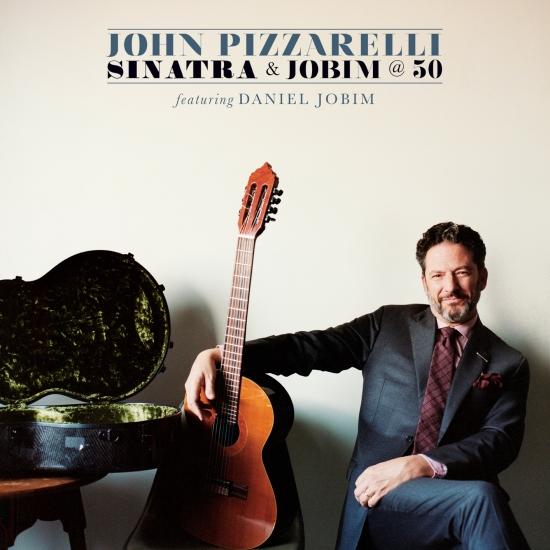 Info for Sinatra and Jobim @ 50

Two of John Pizzarelli's greatest influences, Frank Sinatra and the bossa nova composer Antonio Carlos Jobim, joined forces in 1967 to present a softer, sultrier side of Sinatra on the heels of 'That's Life' and 'Strangers in the Night.' Half a century later, John Pizzarelli is celebrating that unique gathering with his July 28, 2017 Concord Jazz release Sinatra & Jobim @ 50.
"Guitarist/vocalist John Pizzarelli's 2017 effort, Sinatra & Jobim at 50, is an urbanely delivered, Brazilian-inflected production inspired by the landmark 1967 album Francis Albert Sinatra & Antônio Carlos Jobim. A classic meeting between Sinatra (the swinging crooner) and Jobim (the poetic singer/songwriter), the album was an unexpected delight for fans. Similarly, although he's played many of these tunes throughout his career, it hasn't been since 2004's João Gilberto tribute Bossa Nova that he's focused so completely on the distinctive, harmonically and rhythmically nuanced Brazilian tradition. As with Sinatra and Jobim's original album, here we get emotive renditions of both classic Brazilian songs and bossa nova-tinged standards. Also included are several newly penned songs that fit nicely into the overall concept. Primarily, we get Pizzarelli on his own and backed by his adept ensemble featuring percussionist Duduka da Fonseca, pianist Helio Alves, bassist Mike Karn, and longtime associate saxophonist Harry Allen. Adding to the warm atmosphere are backing vocals from Pizzarelli's wife, singer Jessica Molaskey, and others. Together they settle into earthy, utterly intoxicating renditions of such classic Jobim standards as "Agua de Beber" and "Dindi." Also helping to set this intimate mood is singer/pianist Daniel Jobim, grandson of Antonio Carlos Jobim, and a respected performer in his own right. Blessed with a dusky whisper of a voice, Jobim is the perfect foil for Pizzarelli's nasal, bright croon -- a combination that works particularly well on the album's few medleys: "Meditation/Quiet Nights of Quiet Stars," "I Concentrate on You/Wave," and "If You Never Come to Me/Partners." Also compelling is his charming take on his father's lesser-known composition "Two Kites." Elsewhere, Pizzarelli offers a sprightly rendition of "Baubles, Bangles and Beads," sinks into the '60s-tinged original "She's So Sensitive," and delivers a breezy take on singer Michael Franks' own Jobim-themed composition "Antonio's Song." Ultimately, Sinatra & Jobim at 50 works as both an homage to two of Pizzarelli's biggest influences and a revealing showcase for his ever deepening musical palette." (Matt Collar, AMG)
John Pizzarelli, guitars, vocals, background vocals
Daniel Jobim, piano, vocals
Harry Allen, tenor saxophone
Hélio Alves, piano
Duduka da Fonseca, drums, percussion
Mike Karn, double bass
Jessica Molaskey, background vocals
Madeleine Pizzarelli, background vocals 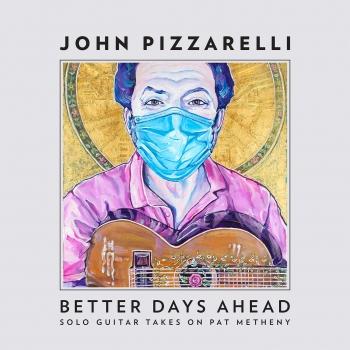 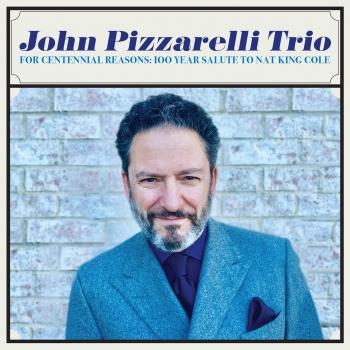 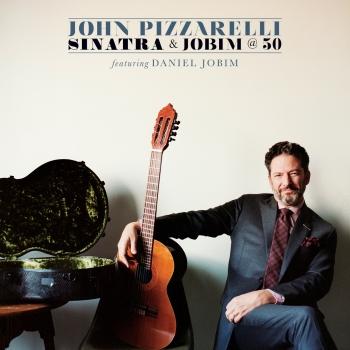 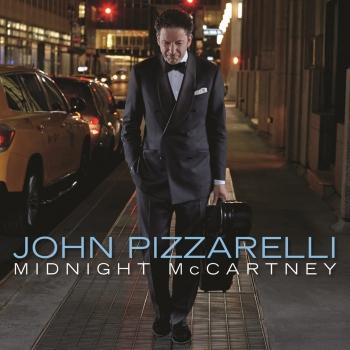 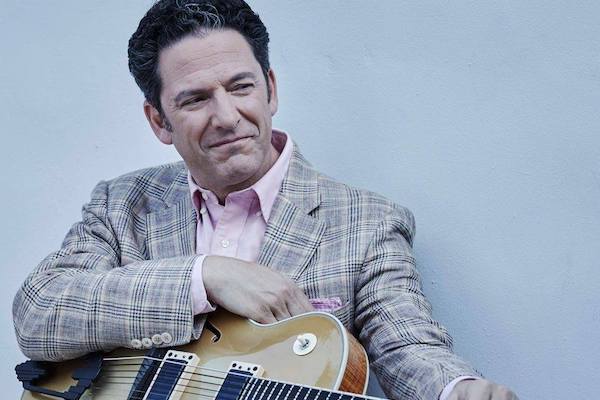