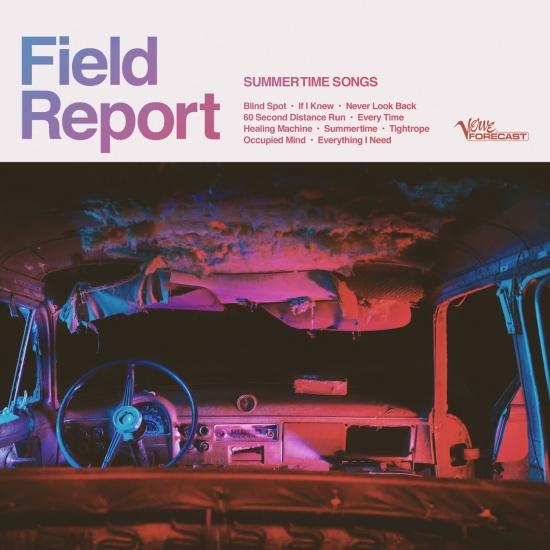 FIELD REPORT are thrilled to announce their new album, SUMMERTIME SONGS, to be released on March 23rd on Verve Forecast, part of Verve Label Group. Verve Label Group is home to the newly revitalized Verve Forecast imprint, whose rich catalogue includes artists including Richie Havens, Laura Nyro, Captain Beefheart, and Tim Hardin. A national tour will follow the release of Summertime Songs.
People have called our first record "wintery." And Marigolden was "autumnal." This is our version of a Summer record. It has hooks. It's a pop record. When you make something, you're going to pick up some of the environment in which it was made. It was made in the summer. It was also made in the midst of the disintegration of relationships: partners were quitting on each other; barrel bottoms were discovered; health was compromised. And America was running a parallel kamikaze breakup narrative. It was all in the air, and it is all in the record.
The songs and the Spring appeared in 2016 and it was time to record. We had been off the road a while. My wife was pregnant with our first child and I wanted to be nearby and not some far-flung location. I began working with producer and engineer Daniel Holter at Wire & Vice, his studio in Milwaukee. We treated the studio as a studio, that is, the working place of a painter or sculptor or photographer. We would show up each day and react to the work we had done the day before. Barry Clark would come by and respond to that work. Thomas Wincek would respond with contributions from his studio, and we would respond to that. Shane Leonard came from Eau Claire for a three day drum session. The record was finished in October 2016.
This record is coming out on Verve Forecast, our first record for them. I'm still stunned when I allow my mind to wander through the Verve roster: Ella Fitzgerald. The Velvet Underground. Tim Hardin. Woody Guthrie. Bill Evans. Count Basie. Zappa. Field Report.
Here we are. I hope you find something in the environment we made for you that sticks with you. Thank you for listening. Christopher Porterfield (Field Report)
Field Report 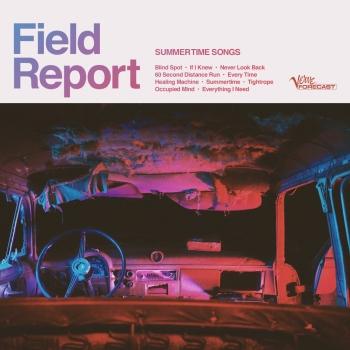 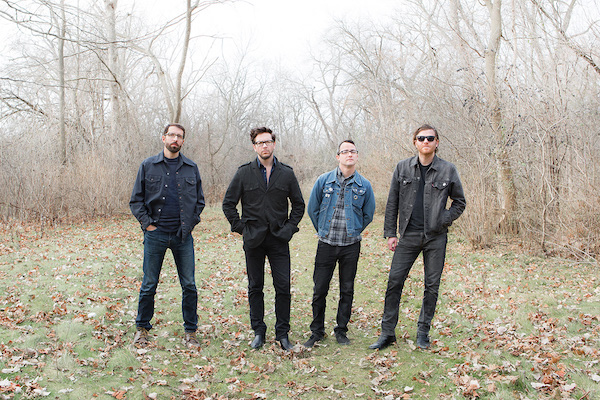 Field Report
There is no sweet spot upon our delicate balances, just cheap footing and heights that will make your eyes water. The wires are everywhere, strung over the infield of a racetrack, taut across our backyards, between skyscrapers and canyons, between people, or just positioned for us to get from one morning to that coming evening light, unhit, not discombobulated. It could be that a tiny word at a meal, or the faintest of looks over wine will topple us from down below, sending us reeling, arms whipping wildly through an air that’s dead set on ripping us right through the safety net, to splatter for fate’s janitor to clean out of the lawn or carpet.
Cold wars come in a few sizes, but the warm wars -- the ones that burn and give off a fair amount of long stares and result in exasperation and quivering faces — are the ones that Christopher Porterfield of Field Report worries about on the Milwaukee, Wisconsin band’s third album, “Summertime Songs.” They’re suntanned and wind-swept. They’ve been crying and they’ve been drinking. These warm wars are the result of chaffing, of friction and boredom. They’re caused by everything and nothing at all, just guts deciding to act on a foggy and cowardly, oftentimes mistaken heart’s behalf. Some people give up and some people are given up on.
This is an album comprised of songs that are exactly what you think they might be if you’d assumed they would consist of all the nuance and cold shouldering, all of the behind closed doors dramatics and silences and all of the clusterfuckery that two people who used to love each other so madly all too often get to producing. There are no swimming pools and there’s no lemonade. There’s not even any sunblock, just the rawest of burns. There are no country club couples or tee times to deal with, but rather the kinds of nobodies we ourselves are and are surrounded by and we have to figure out how the work’s gonna get done, how we’re going to keep our clothes on, how we’re going to get someone to want to randomly take our clothes off or what can be said to put all of the pieces back together so that some form of happiness can return home.
The difference between “Summertime Songs” — recorded at Wire & Vice, in the same Milwaukee neighborhood where 3/4ths of the band resides — and 2014’s brilliantly autumnal feeling “Marigolden” and 2012’s more chilly and intense self-titled record is that we hear Porterfield at his most honed and pure. He’s more direct and effective with his writing, and in doing so, the scene is even more expertly set. It’s sharper and more captivating. The character sketches that he creates with these mostly toasty and soaring hooks gluing them together are robust and stark like a Hemingway line, but with that keen eye for all of the subtle details that always made up the sad couples in Raymond Carver’s stories.
Every song for this album was written before the 2016 presidential election, all while Porterfield was anxious about the arrival of he and his wife’s first child, but it’s easy to multi-purpose some of those anxious moments for the white-knuckler that the country’s been experiencing for over a year now. He plies us with songs about marital strife and letting that someone slip away (or watching them voluntarily pack up everything they have and get the hell out), but they’re also vehicles for a dialogue about the fragility of America and many of the ideals that it has supposedly stood or fought for for so long.
There’s a lot of that fragility to sort through these days as many of us grapple with which version of panicky cold sweat we’re dealing with each day. But where these stories take us is quite personal and not at all a conversation about all that we can’t control. These stories remind us of all that we do or did control that WE let slip away. It’s our fault usually, and we KNOW it.
Porterfield shares with us many episodes involving his problematic former days as a heavy drinker and we see those boozing buddies here, up to those old, head-banging, creme de menthe breath-reeking, tree-plowing tricks. There are the copouts and the scapegoats and the promises for change. Elsewhere, there are lovers and best friends who have been brought to places in their relationships through recklessness and abandon, blindly and selfishly finding that other body that they thought they wanted or needed more, but both parties knew all about that bag that one had packed, waiting in the closet. There’s one foot in and one foot out so often that it seems like normality. In all circumstances here, there’s a body calling for that other body not to leave, just not to leave it.
Field Report will grab you by the short hairs and make you see yourself. It will get you close enough to smell your salt and you’ll know immediately that it’s your salt, your grime -- the detritus of you. You’ll get up to that mirror and you’ll feel your breath bouncing back, hot and present, slapping you invisibly, eerily with real texture and a physicality, like it could push you back a couple inches with the next attack. You’ll recognize it and this time, you can dance and thrash through it to get out to the other end. There’s a voyeur in our midst, but they’re performance notes, constructive and hopeful, as if there’s an eye toward the remake or the redo. We’ve been watched closely and the police may have even been dialed once, but there could be something salvageable in all of our jettisoned or banged up arrangements, if only we could find our way through this quiet jitters and past our rotten tendencies to give in so easily when everything gets a little hard.